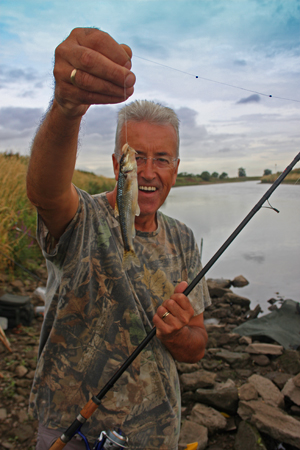 Alas the Trent’s in a mean mood and that won’t change until we have some significant rain, or maybe a bit of sunshine. Since the weather conditions turned from bright and tropical to ideal for fishing – cloudy, breezy and temperate – the Trent’s barbel have practically switched off. Maybe a bit of heat will kick them off again or maybe it’s a case of an abundance of natural feed that they are feasting on because one thing’s for certain – they must be eating something.

Back in my Trent match days August was frequently a dour month with very little getting caught unless you were a wasp grub man. The grubbers bagged up whatever the weather or river conditions were. Chub that wouldn’t look at a maggot would be suicidal for wasp grubs. It was weird. 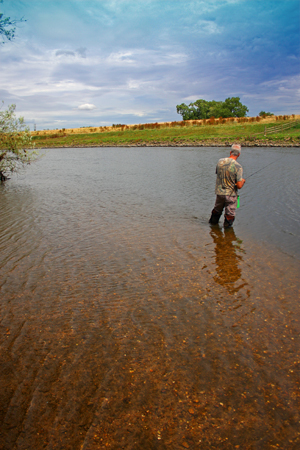 I ventured onto the Trent with Allan Parbery again this week but it was soon clear that very little was happening. Another member had been there since the previous evening for one small fish. Allan didn’t help himself by dropping a couple off on legered pellets but I struggled for bites on the stick float and maggot combination – well, I did from bigger fish. Small fish kept ragging the maggots.

Where have the chub and barbel gone? And why can I catch small fish aplenty that simply didn’t show back in June? It’s like a different river. But joy of joys, I caught a gudgeon. My first in a couple of seasons. Worth at least five barbel that was!

So we went exploring and fished a different stretch. Boy will this make a fantastic area when the river’s up six feet! Indeed I can’t wait for a crack at this place when the first real floods occur. The shape of the bank and the trailing willows mean the current will be deflected out into midstream while the inside should remain steady, relatively free of debris and all on a nicely sloping gravel bed. 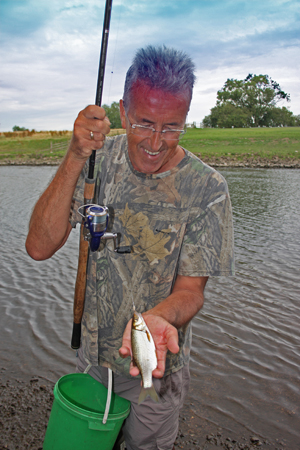 Indeed I waded out a little way to find a lovely sudden drop-off into six feet of water with nice flow. Perfect for the stick. Allan stuck to the pellet feeders and I dropped in ten yards below him to see what I could scratch on maggots. It wasn’t long before I was getting a bite a chuck and had it not been for me using gear designed to land chub and barbel I reckon I would have been having a fish every run down.

I caught mostly small dace with odd chub to maybe 4oz, roach even and a perch. I’d guess I had 60 fish or so in under three hours. It was lovely fishing but I know that if I were to go back with size 20 hooks and 0.10 bottoms I’d probably end up getting smashed to pieces by big lumps.

What I do know is this looks the perfect area to try my hand for a Trent zander and it’ll make a fabulous chubby area come the winter. Sadly there’s just so much to try and so little time…

Bored with barbel I decided a chub trip was in order. I’m completely out of touch with the River Dove, not fishing it once last year doesn’t help and one of the clubs I’m a member of has given up my favourite stretch which is bloody annoying. So I need to do a bit of exploration and what better way to do that than to go roving with minimal tackle. 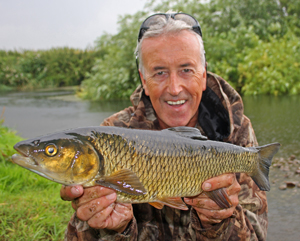 One of my favourite ways to catch chub is to freeline. Bread fishing’s great, especially using crust on the surface, but I opted for trundling luncheon meat. Well, you never know, it might tempt the odd bonus barbel as well.

Alas I chose the worst possible day. Heavy showers and intermittent thunder storms are not good companions for the roving angler. It was a real pain carrying a brolly around with me but by heck, I’m glad I did. I found myself in the midst of an area of chest high nettles and vegetation when the worst squall hit me and it would have been an early bath for sure had I not been able to shelter. 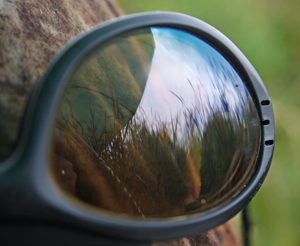 The rain hammered down for a good twenty minutes and I found myself taking photographs of the reflections in my specs, just to pass the time.

Overall the fishing was enthralling. I caught fish steadily throughout the day. One chub and move. Three casts in a likely looking swim without a bite and move. Constantly covering ground. You’ll soon get to know a river intimately doing this. I even spotted a barbel or two and resisted putting a bait to them because of their proximity to snags and my seriously under-gunned tackle. 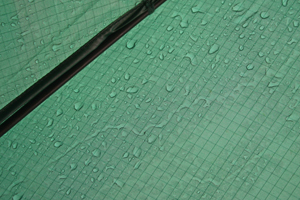 Six pound line and a size 4 hook is not exactly animal tackle when the fish are sitting next to fallen branches and great rafts of debris. I have a rule that says if you don’t think you can land it, don’t bother casting to it. Anything else is simply unfair on the fish. I don’t go in for catching at all costs.

But it’s fun to sneak up within a few feet of them and get them to take free offerings.

It would have been useful to have explored even more water but after 4 or 5 hours I’ve generally had enough. I trudged back across the fields hoping to beat the worst of the rush hour traffic on the A38 and M1, followed all the way by a herd of inquisitive cattle. With my mind racing ahead to the journey home I quickly threw my gear in the van – it would all have to be dried out later. 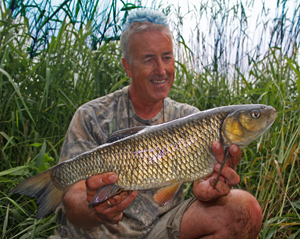 It was only on returning home that I realise I’d left my landing net head behind. The crazy thing is I saw it on the grass behind my van as I was packing stuff away but there was no sign of it when I got home. Some lucky so-and-so is probably now the proud new owner of a large Daiwa Spoon Rubbernet.

No Rest For The Wicked

Brian Skoyles came on the phone, “Bob, can you do a presentation to the kids at ***?”

An Email from Tony Grigorjevs is waiting when I get home. Just a tentative enquiry. You free for a weekend to do a show…? Nothing confirmed yet, just checking out availabilities.

And so it goes on. I wouldn’t change a thing though. 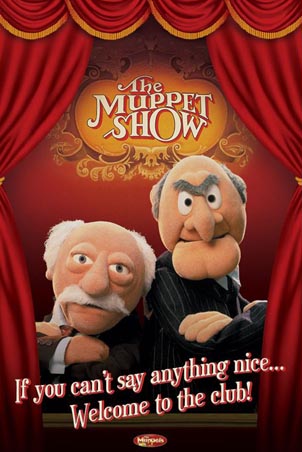 No, not another spat within Barbel Society ranks. Although it sounds like there’s been one and a nasty one to boot. Same old faces talking it up on their various sites, sniggering behind their hands. Same old faces that have never really achieved anything on their own merit, I might add, but always quick to dive in and twist the knife in anyone who remotely has. They’ll have a field day when it all implodes.

And then what will they do to fill that gaping void in their lives?

If they ever did.

No, the  big kick-off is looming fast. The weekend of the 7/8/9 August sees the real football league back in action. The Premiership’s armchair crowd have to wait another week but the leagues that truly matter will be underway. Can’t wait to see Leeds United back in the second division – wow! They owe a great deal to that Ken Bates – he saved ’em from oblivion! 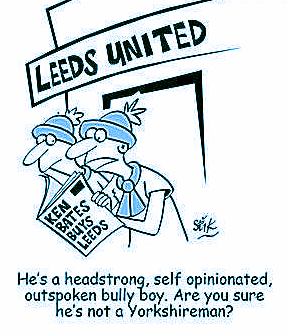 I would have loved to have a dig at their pre-season calamity, losing 4-0 at Bury with a team that included Schmeichel, Snodgrass, Bechio, Howson, Hughes, Bromby, Bessone, Collins, Kilkenny, Grella, Somma, White, Johnson and Gradell.

“If we play like that in the Championship we’ll get done by seven or eight!” Said a disappointed Grayson afterwards.

No, I can’t, because we took a worse beating from a non-league outfit! The week started well with a 10-1 (yes, that’s TEN) trouncing of Barnstaple in the Joma Cup on Monday evening. Billy Sharpe made his competitive debut as a Rovers player at half time and promptly scored a hat-trick in 12 minutes flat. However all was not happy within our camp. Despite the organisers of the competition agreeing to requests for unlimited substitutions the FA stepped in at the 11th hour and insisted that 3 would be the maximum.

This is the same FA who run the England team, appointed Capello and continue to pay him £16,000 a day despite his catastrophic performance in the World Cup. Grrrr….

This ended up with Blackpool players swapping shirts at half time in their first match so they could bend the rules and use five substitutes. To say Sean O’Driscoll was unhappy would be an understatement. Making players who were carrying minor injuries and only taking part to build up fitness in the first place play the full 90 and then do it four times in 8 days minutes was a joke. He simply wasn’t prepared to risk his players being injured for the start of the Championship.

So Doncaster pulled out of the competition. However, with a number of fans down in Devon to see them they agreed to fulfill Wednesday’s fixture against Havant and Waterlooville. Please don’t ask, ‘Who?’ because we turned up and promptly rolled over to the tune of FIVE goals! And to make things more embarrassing we copied the shirt changing cheats trick at half time, too. 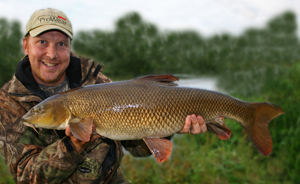 An email from Stu (Walker). It read;

Fished with my mate Nick from Gloucester last night works with Neil Machin, worked our butts off moving around but really paid off with six barbs. 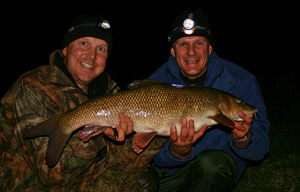 Think the drop of water on helped the fishing.

Had I known he could have picked up my landing net…