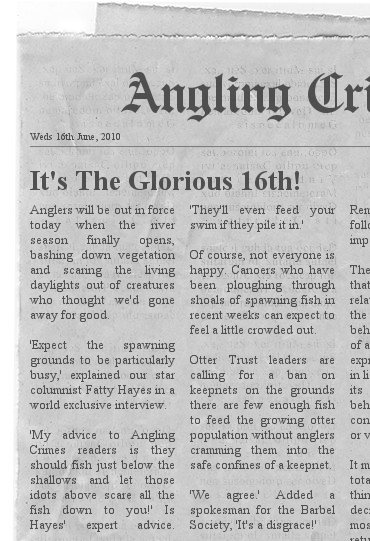 Well, the World Cup is underway and a new fishing season is upon us so lest you’ve forgotten what it’s all about, here are three clips portraying anglers doing what most of you have been eager to do for at least three months, probably nearer six or eight months in a lot of cases.

The first clip is a classi