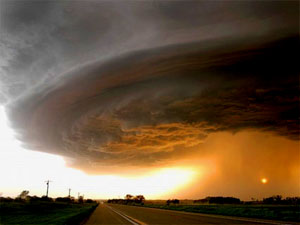 Looking out from my study window the weather is, to put it mildly, s-h-*-t-e!!! What’s more I’m struggling for motivation to go out there and get a soaking when very little is being caught. And I need to sort out a new umbrella, so you know what? I’m having a week off to tidy up a few loose ends and to prepare for the hectic time ahead.

This Saturday Stu Walker and I will be presenting a show at the Tenchfishers AGM which will be held at the Rushden and Diamonds Football Club. We’re really looking forward to this one as we’ve expanded on the previous show that I gave to the Barbel Society Conference and there’s a lot of new stuff involved including exclusive extracts from the next two Barbel Days And Ways DVDs that won’t be released until next May.

Unfortunately this show is for members only but not to worry, we’re delvering the same show to the Barbel Specialists meeting at the Northampton Football Club on Sunday 6th December which is open to the public. The entry to this show is free but it there is a limit on numbers and you’ll need to register for a ticket in advance by contacting Dave Mason on 07792922464 or by email at davetememason@ntlworld.com

Chris Ponsford will present a talk on photography as part of the bill and it’ll be a great opportunity to catch up with a few old friends.

Squeezed in between these two shows I’m getting married but I do have plans to fish on the morning of my nuptuals. Well, why not? Sounds like a good idea to me. Up early, blow away the cobwebs, catch a chub, nip home, light brunch, get showered, changed, wed and then have a wicked party.

You’ve possibly noticed that I’ve changed the featured video in the side panel adjacent but here’s a chance for you to see it in all its glory. Blow it up to full screen size and take a look at this amazing footage. It was shot by Armando Piccinini and was sent to me by Graham Jones at Planet Prints If you’re in the market for fishy artwork then Graham’s site should be your first port of call.

For more than a decade Dean Macey was Great Britain’s No.1 decathlete. He won a Gold Medal in the 2006 Commonwealth Games in Melbourne and went on to receive the prestigious BBC Sports Personality of the Year award afterwards. Since retiring he’s devoted his energies into personal fitness training: 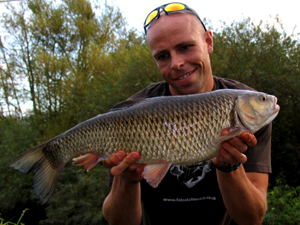 However, he seems to spend about as much time on the bank as I do and he’s proving no slouch at catching fish either.

We’ve worked together on the odd show and keep in touch regularly and it’s something of an unerstatement to say he was a little bit chuffed to catch a PB 7lb chub recently. He also netted several ‘sixes’ including this cracker weighing 6lb 5oz.

If that wasn’t enough he’s now started getting greedy and if you click on the video clip below you can see him nailing a rather splendid Siamese carp. It might be me but it seems sort of wrong to sit on a white plastic garden chair when you’re fishing – where’s your sense of style man!

But if you need proof as to whether Deano genuinely gets excited by catching fish, watch him when he jumps in the water. Robson Greene would have removed his sunglasses first, wouldn’t he?

Just to wrap up this little Deano sequence, I asked him if he’d mind suggesting a guest music playlist for the blog and he was kind enough to get straight on the case. It turns out he’s a bit of a rocker! I expected he’d be wanting a bit of drum and base, maybe, or some R&B but no, he goes straight for the jugular with Metallica!