Angling wouldn’t be described as a passion if it wasn’t for passionate people and Mick Hanson is as passionate as any. After years of contributing to the angling press his first book Along the Margins tells the angling story that has been a lifetime in the making. Its fifteen chapters are filled with tales of searches for and encounters with specimen fish of many different species all over England.

Here is an extract from just one of them: 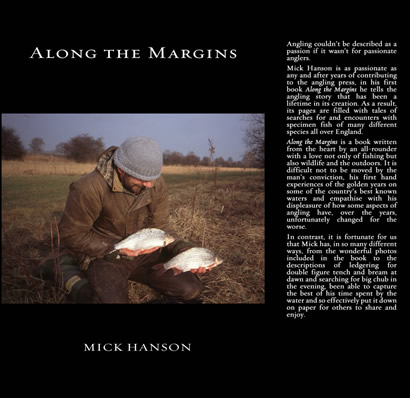 “If I was a ‘roacher’ and the sky above had giant brush strokes of yellows, crimsons and reds and the river below was painted deep green, then I would be a very contented angler.”

That was the opening paragraph of an article I wrote for the Specialist Angler magazine in 1992 entitled ‘Fish of a Lesser God’. Reading that article again some fifteen years later brings back to life the magic of those few short years when the upper Welland produced roach of a size I never thought possible.

Such a morning, as described above, had greeted me and a companion on a lovely mild day in late December 1989. I remember sitting there watching my quivertip intently, waiting for it to pull round, when the silence was shattered by my companion shouting loudly from his swim downstream of me. I couldn’t make out what he was saying but I soon saw his figure come into view, running, or should I say staggering towards me like a drunken man. “Mick, Mick,” was all he could blurt out. I remember clearly not replying. After all, I was at peace with the river and here was my companion trying to wake all the inhabitants of the nearby village. Soon he was beside me, totally breathless and in a state of extreme excitement. “Don’t tell me you’ve had a five pound chub,” I said.

He could hardly speak, but managed to blurt out the words, “No, a bloody great roach. Two pounds and twelve ounces.”

My first reaction was one of disbelief as I sat there shaking my head. We both walked back to his swim in silence. He raised the sack from the margins and revealed his prize. She was simply huge; a true leviathan of the river. 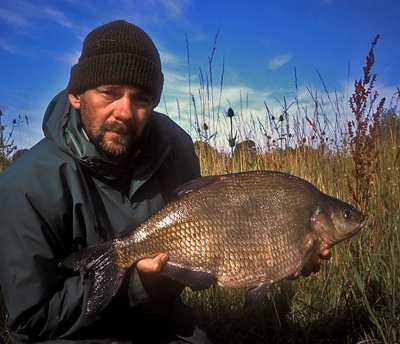 I still rate the capture of that fish as one of the best I have ever witnessed even to this day. Its significance as a truly outstanding fish cannot be understated, as it marked the pinnacle of a fabulous big roach period on the river.

Spurred on by my companion’s capture, I decided to concentrate all my efforts on the roach. I would select swims primarily on their roach potential and always fish bread, either in flake or crust form, in order to maximise my chances of succeeding. The roach population of the river had always been good, with many fish showing over the pound mark and a day’s fishing often saw four or five roach caught to each chub.

It was therefore inevitable that some of these roach would increase in weight as they aged and individual specimens of over two pounds started to show with some regularity. 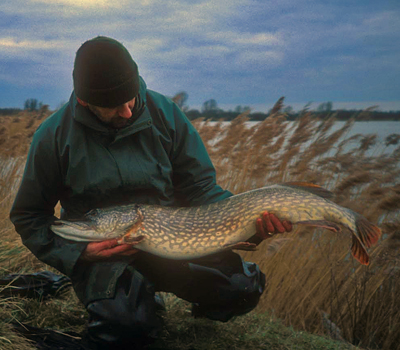 What a wonderful period of fishing ensued. I just couldn’t stay away from the river. At every opportunity I was on the bank, fishing after work, arriving in total darkness, to see if I could catch those big roach. There’s something quite magical about catching large roach from small rivers, in that you are so close to your fish as to almost sense their presence in the swim. When you hook one at such close quarters, extreme care must be exercised to prevent the hook being pulled out. It is quite surprising what force they can exert on your scaled down tackle, as they transmit that thump thump fight so typical of a large roach. Then when you see it appear on the surface with the hook precariously purchased just in the top lip, you hope and pray she doesn’t fall off. The disturbance caused by the fish returning in such a way would surely put the swim ‘down’. Then it nestles safely in the net and the feeling is of relief rather than elation. The euphoria comes later in the day when you realise how privileged you have been to have added another big roach of over two pounds to your tally.

Slowly but surely my desire to catch a really big roach in excess of two and a half pounds began to nag at me, particularly as I’d seen one of that calibre in the flesh.

I knew in reality I’d be searching for a needle in a haystack.

Along the Margins is a book written from the heart by an all-rounder with a love not only of fishing but also wildlife and the outdoors. It is difficult not to be moved by the man’s conviction and his first hand experiences of the golden years on some of the country’s best known waters. Most will empathise with his displeasure of how some aspects of angling have, over the years, unfortunately changed for the worse. 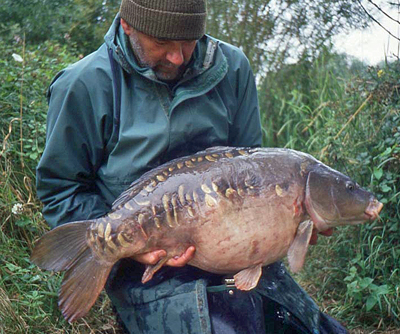 We are fortunate that Mick has, in so many different senses, from the wonderful photographs included in the book to the descriptions of legering for double figure tench and bream at dawn or solitary trotting for monster chub in the evening, been able to capture the best of his time spent by the water and effectively put it down on paper for others to share and enjoy.

As a man who has ‘ploughed his own furrow’ for many years, he says: ‘I like to do my own thing in my own way and try very hard not to be distracted by what and where other big fish are being caught. I like nothing better than exploring a new water and being on my own in doing so.” 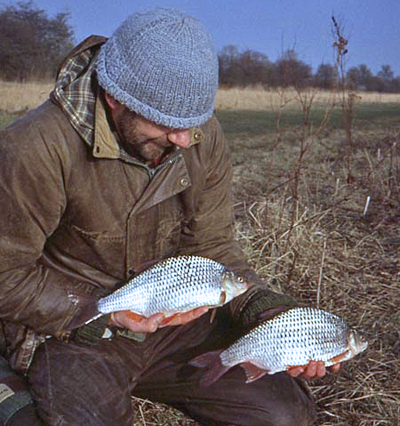 “On a lighter side, some of my tackle is now starting to interest a local museum – only joking, but I have a reputation for making things last; in fact I’ve only ever purchased two umbrellas in 45 years, although I never use one when river fishing in the winter for chub, often returning home looking like a dish-revelled tramp. I’m also famous for wearing woollen bobble hat’s, that always seem a tad too big for me, with the result that they always look as if they are “cross threaded” on my head! As I get older I can now honestly say that just being out in the countryside is just as important as the fishing itself. There really is so much to see.”

Along The Margins is published by Fishing Booksender in a limited print run of 350 hardback copies plus 30 leathers. The hardbacks cost £29.95 plus £5 P&P while the leathers, at £175 plus £10 P&P have already sold out! For further details please visit the web site or contact David Griffiths  at info@fishingbooksender.co.uk, tel: 05601 972040