Making sense of it all…

In Part One I said that I would talk about triggers and by that I mean the events that trigger a reaction from our quarry, the magnificent Barbel. 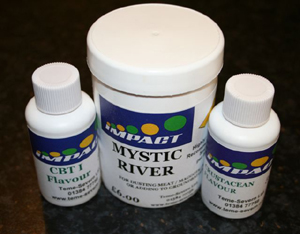 Triggers are stimuli that are picked up and reacted upon in either a positive or negative way. Triggers are many and varied, some are natural phenomena others are entirely manmade . What we as anglers are concerned with is maximising the positive and eradicating the negative and to do that we have to understand how the fish works and how the fish is able to process information and what that type of reaction that information is likely to elicit.

As I see it our overall success within angling, regardless of what type of fishing we do, is built on one foundation – you must understand your prey.

If you are a beginner to the sport…Start by accepting that “YOU KNOW NOTHING!”. It is something I myself did many years ago and it has stood me in good stead in all the different genres of angling that I have ever tried my arm at.

Once you have accepted this simple fact you can commence your learning curve by sourcing ALL the relevant information offered by the currently accepted experts in their field (including scientific papers written on subjects such as commercial aquaculture). Once you begin to understand the information you have gathered and become a proficient angler you ADOPT their knowledge as your own, ADAPT their techniques and methods as your own and then you should strive to IMPROVE on what they have taught you.

It is the basic tenet of angling success and once you take this on board you cannot fail. 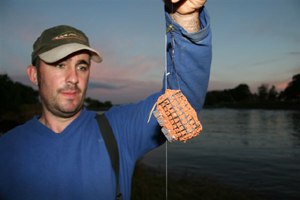 Ok, if that is the case, how many times have you heard a bloke in the pub, or after a match at the weigh-in, saying, “I couldn’t get a bite… But that lucky bugger in the next peg… Blah-blah-blah-yada-yada-yada”

So lets cut the rubbish straight away and get down to the nitty gritty of fishing. Yes, luck certainly has a part to play, but if anyone thinks that luck has anything more than a walk-on role in the big picture then they are living in Cloud Cuckoo land and kidding themselves. It is a simple fact that some people catch more than others. Week in and week out the same 5% of the anglers catch 95% of the fish. Are they all lucky? No… They are just a bit better than everyone else around them.

It may be hard for some folk to stomach such cruel realities but unfortunately that is the plain old truth of it. I know in these politically correct times, where being competitive and being a winner is viewed along the same lines as being a mass murderer, such nasty and discriminating statements could possibly result in me being sued for discriminatory remarks that offend the competitively challenged amongst us but luckily for me those rules have not been passed yet and so I am free to be as nasty as I like to the losers of this world. 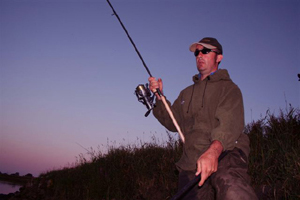 Losers are a strange breed, a bit like pigs in that they very rarely smell their own muck and tend to blame everyone else for their failures, so losers generally stay losers all their lives at whatever they do whereas winners move onwards and upwards.

So what is the difference between winners and losers?

“Knowledge” and its “Application”. Knowledge that they can …ADOPT …ADAPT….IMPROVE.

It is that simple! Knowledge is power and anyone that endeavours to understand will more than likely do well at whatever they apply themselves to in this life. Unfortunately some people are so thick they cannot accept this small lesson in life and will therefore always fail.

Whoah there Swordsy, you cannot say that, I hear you say!

Well actually, yes I can.

Some people are just pain dumb. But then again, in this day and age where knowledge is frowned upon and being a complete thicko is something to be worn like a badge of honour akin the Victoria Cross, I am again courting disaster… I could end up being sued for  emotionally distressing the complete dumbos of this world!

So, are you a dumbo?

I would say not as you have made it this far, so come on, let start to learn!

Trigger number one in my opinion is FOOD. Food triggers barbel into activity far more than anything else (excepting fear and reproduction). 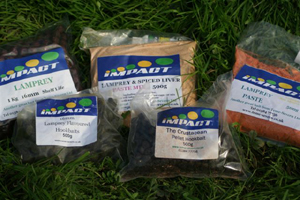 Some people would probably go with light penetration/ water clarity on this one but I would have to disagree because whilst water clarity and light penetration do have a part to play, they pale into insignificance when compared with food. The availability of nutritious easily accessible food that does not in anyway spook the fish will have them climbing out of the river and chasing you up the flood bank regardless of how high the water level is, how clear the water is, or what time of day it is. Food is the trigger.

Food being the massive trigger it is, and barbel being such a greedy fish, if you can get them to feed without fear you will catch them. Actively feeding barbel are easy to catch.

Sometimes getting the fish to feed is even done for you. A rising water level washing in all manner of terrestrial insect’s, grubs and worms will get barbel feeding in a frenzy. It is the increase in available food that has got them moving and not the drop in water clarity. During winter this increase in food may be coupled with a degree or two raise in water temperature – a double bonus!

However during summer and autumn when the water temperature really has little or no part to play, a drop in water clarity is neither here nor there, either, as barbel are quite able to find their food in even the most turgid of surroundings. 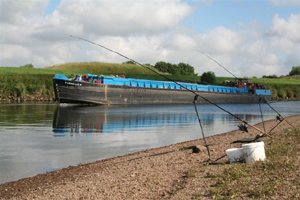 They will go into a feeding frenzy regardless of water clarity because finding food in all conditions is what they are built for. Just take a look at their barbules. They are highly evolved sensory organs covered in tiny chemoreceptors that are constantly monitoring for chemical stimuli. The chemoreceptor systems used by barbel in food detection consists of the olfactory (smell) and gustatory (taste) systems.

The olfactory system is the barbels long range sensor that gives off the early warning signals. The gustatory system is a more close range job that can pick out one grain of hemp from a riverbed of pea gravel.
That is why it is important to introduce highly attractive high quality baits into a swim; barbel are always seeking a free meal.

Anyway let’s push on and look at more fish senses. Smell and taste receptors in fish operate in close conjunction with each other. Both respond to similar stimuli, chemicals such as amino acids (the building blocks of proteins) sugars and salts diffusing through the water. That is why I always spike my free offerings and hook baits with a little extra punch such as Teme Severn’s Barbel Activator and Corn Steeping Liquor. Other successful anglers I know use Dynamite Baits Source Glug and Nutrabaits Grub Juice; It really doesn’t matter about the branding on the bottle all we want to do is lay down a trail that a barbel cannot fail to find. Let the fish have something to track with all those chemical receptors! 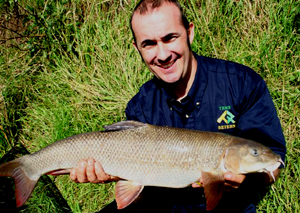 So how would I go about laying down a free bed of offerings then? Well that really does depend on the river and the fish. A big highly stocked river like the Trent or Severn may respond in a very positive manner to the noise of a six ounce Fisky’s Fantastic Feeder slapping down every five minutes…This is because fish have ears that are very good at picking up on vibrations.

Have you ever seen a fish’s ear? Probably not, but they do have them, ears in fish are the mechanoreceptors that are responsible for hearing and also touch, they are located internally as are the receptors for the lateral line system that lets the barbel feel their surroundings, so yes, fish can actually feel what they are hearing and the noise of a feeder/bait dropper or spod splashing down may well be like ringing the dinner bell and giving them a little prod at the same time. A whole school of fish competing for food a feeding frenzy is the likely outcome.

However things may be totally different on a smaller river with a lower stock density as what was a positive trigger on a larger highly stocked river may well become a negative trigger at lower stock densities where the fish have a higher chance of getting caught once they commence feeding. The noise of a feeder may be enough to put a stop to any chances of catching a fish in one fell swoop.

Fish can definitely make connections between stimuli and danger. We anglers call this “being cute” and if the fish are subjected to a high level of negative stimuli they will get very cute, very fast!

They may react badly to everything from specific bait items such as sweet corn and big lumps of pink luncheon meat (which stick out like a sore thumb) to shiny hooks or hi-viz hooklengths, feeders, mainline and especially silhouettes and bankside movement.

But surely fish cannot see that well you may think. Wrong! Most fish, barbel included have a very keen sense of vision. Fish vision is on par with our own vision; many can see in colour and of course as we know some can see in extremely dim light.

That is why dressing like a motorway maintenance worker in fluorescent day-glo yellow may be a good idea on Chesil beach but it is probably the kiss of death on a small crystal clear river as you really would look like a gigantic lemon with danger tattooed upon your forehead!

This is where muted colours come into play and companies like Realtree have taken the lead. Their range of clothing blends the angler into the background better than anything out there!

Real Tree type clothing utilsed on a small river that has extreme clarity may well be the difference between catching and not catching, but, on a river like the Trent I really do not see the advantage of having a pair of Realtree patterned underpants on or drinking your cup of tea from Realtree cups as I do not think the fish can see you as you make a brew with your Realtree kettle on your Realtree stove eating your nice sandwiches ( on brown bread not white…No spook factor with muted wholemeal) out of your Realtree tape covered Tupperware box… 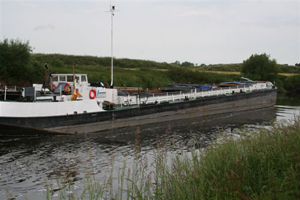 But if looking like a bush floats your boat, I am not stopping you, it’s all good, that is until you lose your arms and legs one morning and get upset because you think you have had them stolen in the night.

Anyway lets keep this sensible…What we as anglers have to understand is that barbel have highly developed senses (some far more developed than our own) and therefore EVERYTHING we do has a very immediate consequence therefore we must strive to understand what is likely to be a positive stimuli and what will have the fish swimming away from our baits faster than Paddy Kenny on Nightnurse.