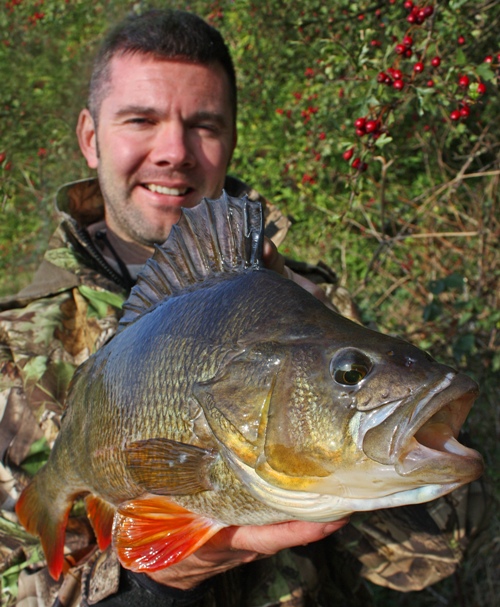 I guess it’s no secret that Stu and I have decided not to make any more Barbel Days And Ways DVDs, at least for the forseeable future. Both of us feel that we’ve more or less ‘been there and done it’. Got the T-shirt in fact.

Of course we won’t rule out making Volumes 5 and who knows, 6 at some future point but we both enjoy catching other species so much and to do full justice to another BD&W project would mean concentrating most of our efforts into the pursuit of one fish.

What I can share with you is that we have not exactly been idle. We are definitely working on a new project called ‘Caught In The Act’.

Having now upgraded to full HD the quality will be even better and will follow the two of us as we tackle a whole range of species right across the calendar year. Of course there will still be some barbel fishing and we genuinely have some sensational stuff in the can already. However we shall be giving numerous other species like pike, perch, tench, bream, rudd, carp and chub our special treatment.

We may even include a few clips from our foreign adventures to add colour and variety and we’ll definitely be including some sensational underwater footage. Recently we were able to film a perch weighing more than 4lbs taking our lobworms within inches of the camera.

Unfortunately we simply cannot say for definite when the DVDs will be released because it’s very much a work in progress project although I can confirm we already have enough material in the can to fill several DVD’s!!!! We’ve tried to keep it real though. We might not reveal the names of the venues we fish in the footage but you can rest assured that the majority of places we have filmed can be fished by anyone for the price of a day ticket or a club book.

Mind you, we are hoping to include a couple of very special sequences shot on ultra-private waters, but not neccessarily because they hold the biggest fish. Sometimes it’s just nice to film in beautiful places and deep down we all have aspirations to visit special places occasionally, don’t we?

I’ll do my best to keep you posted here on the site as the project develops.