It should be obvious to anyone visiting this web site that I not only enjoy reading angling books, I also do my best to promote and support the authors and publishers by freely publishing extracts and reviews of their books with links to where potential customers can purchase copies direct. It is a service I don’t charge for and never will. No one gets rich publishing fishing books, that’s a fact, but angling would be the poorer without their efforts, so why should I profit?

On my travels I regularly bump into book collectors and they tend to be a friendly bunch – especially when you sign copies of books that you have written or contributed to, which apparently increases the value! These are the game’s experts and benefactors. Without them there would hardly be a book trade. But more important, their take on the merit of a book is what really matters. They understand books in the same way I understand the nuances of a stick float. so I find their take on books fascinating.

I’ve bumped into Chris Quinn at countless shows, meetings and social gatherings. His collecting borders on mania according to his wife and I don’t doubt it. He’s never shy about sharing his views on the print business so it practically seemed rude not to invite him to pen a few words for the web site. After all, he offers an expert view and has a wealth of experience and contacts to fall back on. When he agreed I was chuffed to say the least and I’m hoping he’ll contribute on a regular basis in the future.

The Occasional Ramblings Of A Coarse Fishing Biliophile by Chris Quinn

When Bob asked me if I’d like to write a bit about books for his web site I was quite shocked so I didn’t immediately respond but took some time to think about it before deciding why not? That was the easy bit; I then had to think what I should write about. Book reviews are not my cup of tea so I’ll leave that to others. Book collecting is what I do (plus the odd day fishing), so I have a few opinions on what is going on the fishing book world and that is where I will start my ramblings. 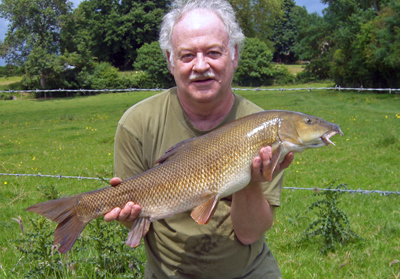 ‘There are too many books being published!’ is something I hear from many fellow collectors and one that I strongly agree with. In the current economic climate I think that publishers should concentrate on quality rather than quantity, after all if they can make a name for themselves now with quality then once the recession ends and Mr Cameron gets the whole country back in employment they should be able to up their output and reap the benefits. It wouldn’t hurt the majority of collectors if one or two publishers went out of business. 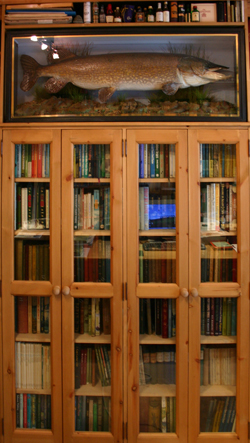 On discussing this with one publisher he agreed with me but then stated that this would allow him to grab the redundant authors and allow him to publish more books. Sadly he doesn’t seem to grasp the point that there is only so much money available to buyers and they are already having to make difficult choices in what they buy. This same publisher has reduced the number of copies of his books because he cannot sell the numbers he used to sell. I would have thought that there was more profit in selling 600 copies of each of 2 books than there was on 400 copies of each of 3 books, after all there are only 2 authors/proof readers and production costs  to pay not 3! Or perhaps it’s just a question of quality/price and subject/author? Otherwise how can some publishers sell 1000+ copies within a few weeks and another struggle to sell 400 in a similar time frame? 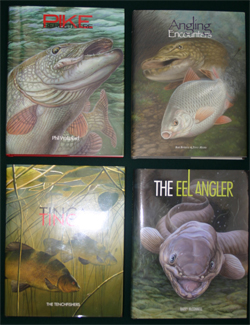 If you want quality you need look no further than the books published by Harper Fine Angling Books, beautifully produced and laid out in full colour. You will also get quantity as well as nearly all of Stephen’s books nowadays are 300+ pages. This represents exceptional value for money in my opinion. 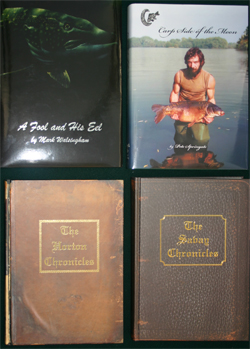 Close behind are Freebird Publications who also put a lot of thought into the layout of their books and generally have 400+ pages which is possibly even better value for your hard earned pounds? Both these publishers have set a standard of what to expect for a price tag of £30 which is rarely met by other publishers whatever they claim. Of course 100 pages of exceptional writing may well be a far better read than 400 pages of drivel but a good editor and publisher will hopefully not allow this to happen and I cannot see Stephen Harper or Keith Jenkins publishing drivel.

One of my most recent acquisitions is a self-published book by Stuart Brookes titled Beyond the Green Gate. Stuart wanted to have a book written by himself on his bookshelf and wanted to document the highs and lows of his fishing and so started writing this book in 2006. After 7 years he has achieved what he set out to do. At a price of £40 it would seem to be rather expensive but he only produced 200 copies and all were sold out long before publication earlier this month (July). With almost 350 pages containing many colour photographs and illustrations it is more expensive than most books but the very low print run more or less ensures that it will become a very sought after book in the future (well it is mainly about carp). Already copies have sold on ebay for £130 each so where will they end? Perhaps a few more potential authors should think about publishing in this way rather than going down the traditional mass production route? 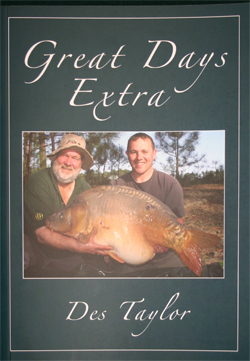 Another very recent purchase (3 days ago) was a copy of Des Taylor’s Great Days Extra. I already had a copy of the original publication titled Great Days from last year and thought that this new copy was just a paperback edition of the original. When I asked Des he said no, it has 3 new chapters that he wanted the world to know about and so an updated version was published by a different publisher (why not the original publisher you might wonder – ask Des yourself). As someone who fishes for whatever is there and having travelled around the globe doing so this is a book that appeals to me as it tells the stories of many different species and places, some accessible to the ordinary angler and some that few will fish due to the cost involved. If you are looking for a carp book then this is not for you, there are carp but they are “lost” in the other species. Des might not be everyone’s cup of tea, indeed I have disagreed with quite a bit he has written in the comics over the years but whenever I have bumped into him he has always been very pleasant and comes up with interesting stories to entertain. A bit similar to one Bob Roberts I guess. I know people who dislike them both but I find them very easy to get on with (please send cheque asap!). With almost 250 pages and just £15 for a copy it seems very good value to me and if you don’t like it you can always use it to prop up an unsteady table. 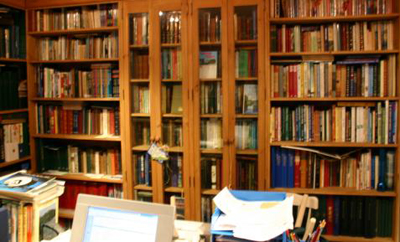 Some books to look out for in the next few months. The book I am most looking forward to is Angling Artists by Tony Meers, published by Stephen Harper with a launch in early October. Much anticipated is the next offering from Chris Yates which is being published by Unbound however the date for this is not disclosed. In September Freebird will publish their next book Romancing the Carp by Dave Jones which the publisher (as always) raves about. Maurice Pledger’s second fishing book Water Colours is due to be launched in August, his first fishing book sold out of hardbacks very quickly so you have been warned. Another book I am very much looking forward to is being self-published by Alan Rawden, not sure of the title but due out September/October time and I am led to believe is full of images of some stunning catches.