The race is already on to qualify for the 2010 semi final on Monday 3rd May. Catch the results weekly in the Green Un newspaper angling column or search the archives here. Every match submitted to the competition will be reported in this section of the web site. Remember, it’s the match winner who goes through to the final, not necessarily the guys in the photographs. 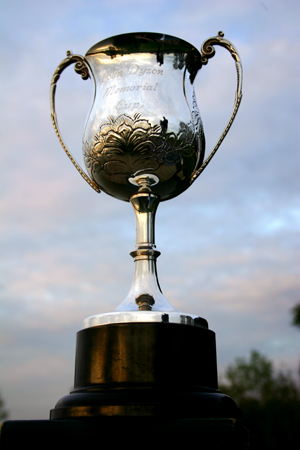 Could you be the next holder of the coveted Colin Dyson Memorial Trophy?

It’s fair to say that Dave Nicholson, a stalwart member of the ‘Cora’ club has been on a bit of a losing streak of late.  Actually he’s not won a match in his past 180 outings with the club, a feat spanning 15 years.

However, on the eve of this match I gather he found a £20 note on the floor outside the club. Clearly a lucky omen. He then picked up £50 by winning the football card and just to round off what was turning into a fantastic evening he drew the golden peg for the following morning’s match. Perhaps the Gods were finally smiling on him. 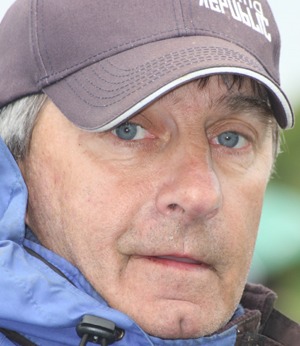 Arriving at his peg he found it was like a jaccuzzi with fish fizzing and feeding all over the place. A win would have been worth £300 to Dave, not to mention a place in next year’s Green Un semi final for the very first time.

Unfortunately Carling don’t do fishing matches, but if they did old ‘Nicko’ wouldn’t have sunk without trace again!

As it was, the infamous ‘Gay’ Goring (as the Angling Times once christened him in error but a name like that tends to stick in Thurnscoe) nicked the narrowest of wins, two ounces ahead of John Hopes, fishing a pellet waggler. His net of just seven carp, all taken on ‘donkey choker’ 10mm pellets, was just enough to top Hopes’ net of skimmers and three carp on red maggot. 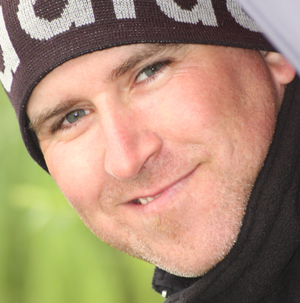 It’s bad enough to blank on a fishery as prolific as the Straight Mile but having to wear the dreaded Barnsley Blanker shirt for the Hogshead’s next match is just rubbing salt in the wounds of Gary Tyzack.

Paul Donavon had no such problems as he caught small barbel and chub to 4lb by switching between pole and feeder to present worm hook baits.

They say practise makes perfect but not in this case it doesn’t. Anglers practising for the final match of the Tight Lines Spring League made big catches of orfe to 2lb by spraying upwards of half a gallon of maggots but rising temperatures on match day saw that method fail miserably. Instead Lol ‘the ide man’ Lax had to target 6 different lines to keep the bites coming from what proved to be a much smaller stamp of ide. 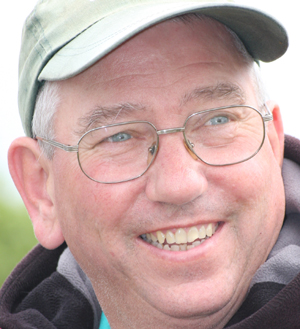 The league itself was over before the match started thanks to Roy Gibson unassailable points tally so it was a case of who could claim second. Despite winning this match Lol Lax still had to settle for fourth spot. Phil Lakin needed another 8oz of fish on the day to claim second in this match and in the overall league. Alas Barrie Smith held him off which meant Barrie Moats sixth placed catch gave him enough points on the day for the pair to draw level on league points. A count-back on total weights over the series swung the verdict Moat’s way. 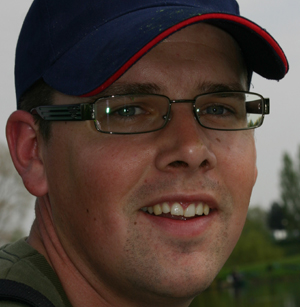 It’s rare to lose a match by a clear 16lb and then say one fish would have made all the difference but it certainly would have done if Alan Fisher’s biggest carp was anything to go by. Taking advantage of having an empty peg next door he fished meat tight to the platform and caught five ‘lumps’ the biggest weighing a staggering 17lb 3oz but it was the two he lost that left him ruing his chances. Like most, winner Vic Molyneux ground out his win using the pellet waggler but seagulls caused all manner of havoc in this match as they swooped at every airborne pellet, including those on the anglers lines. Two were hooked, one by Gary Craven and the other by Rob Burgin who effected a smart bit of catch and release with no harm done except to the seagull’s pride.

On a cold, wet and windy day when Messingham failed to live up to its billing, Richard Hartley romped home using bomb and hair rigged large pellet, almost doubling Tony Marshall’s second placed catch, yet he had all his fish all in the first hour and a half. 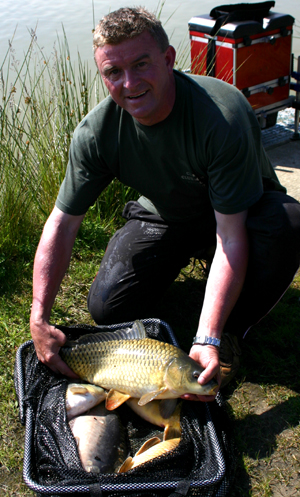 The Nelson’s next match saw a dramatic weather change but the scorching hot conditions meant the carp’s minds were more inclined towards spawning than feeding. Mark Williams decision to target chub, barbel and tench using chopped worm paid handsome dividends but we may have to keep an eye on fourth placed Josh Nelson as one for the future. At thirteen-years-old he’s already holding his own with far more experienced anglers.

Lakeside Fisheries has to be one of the best all-round fisheries in the entire country and although this match was won by Graham Wilkinson topping up a silver fish catch with carp in the last hour it’s the overall silver fish potential that makes it so outstanding. Where else will you get a top six, each weighing over 50lb, that is mostly made up predominantly with bream, roach and ide?

Three double figure carp in the last hour, the best weighing 14lb 12oz, gave Roy Stubbings a deserved win. He caught them presenting paste down the edge at peg 6.

Phil Slater may have secured the individual honours for Norton House but in the team stakes for this annual challenge match it was the Transport Club lads who ran away with proceedings scoring a resounding 233lb 2oz to 132lb 5oz victory.

Slater shrugged off a despondent week following a futile trip to Wembley to see his beloved United miss out on promotion – I’ll not include the match secretary’s comments as he’s clearly an Owl(!) – to take full advantage of a warm wind on a scorching day blowing straight into his corner peg 18. Switching between meat, corn and maggots he caught carp to 4lb throughout the match. 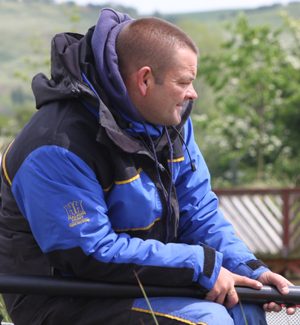 Five of the top six in this match drew in the forties and the competition was intense but it was Paul Roper who pulled away from Neil Owen fishing an in-line method feeder with pellet hook bait.

And don’t try telling Bob Hudson that Stillwater barbel don’t fight very well. He learned his lesson the hard way when one that snapped his pole clean in two! 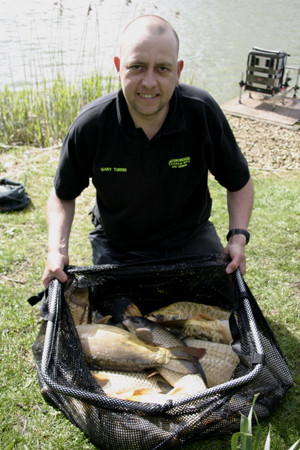 With the venue’s carp pre-occupied by their summer nuptials this was never going to be an easy match but Gary Turner and Pal Lister, drawn pegs 20 and 23 respectively found plenty of obliging fish on top of the far shelf at 14.5 metres in 18 inches of water. With fish running between one and 6lb a fair few came adrift but Gary nicked it by exactly a pound with his worm hook baits marginally outscoring Pauls caster attack.

A good win this for Tom Savage who had to hold off a determined challenge from our own ‘Man From Atlantis’ Dave Loveday. 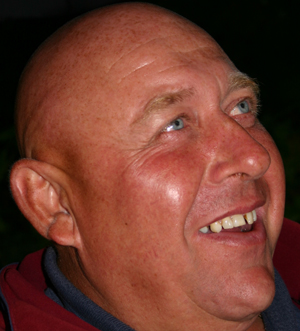 Changeable weather conditions in the run-up saw most anglers gamble on targeting the Straight Mile’s prolific roach stocks but Simon Wasden sewed this one up catching carp and chub straight from the off using chopped worm at Peg 74 . 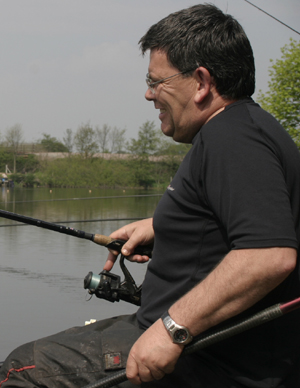 On a very bright, clear day, there was plenty of fish activity to see but they were spawning rather than feeding. Drawn on peg three, Dave Tomkinson was the only angler to keep the fish coming regularly as fish to 10lb fell for his luncheon meat offerings 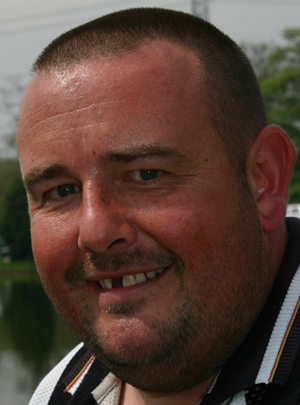 Blackburn’s Angler of the Year series kicked off on rain and wind swept Field Pond but Vic Sheldon shrugged off the weather as he drew the fish close. Fishing full depth at 3 metres out with pellet and worm, Vic took a mixed bag of small carp and skimmers to fend of a determined challenge from Martin Hague.

Fishing corn over pellet at 10 metres Paul Foster put together a winning catch of roach and small carp but he was pushed all the way by Grant Pask who switched between pole and waggler to combat a very gusty wind. 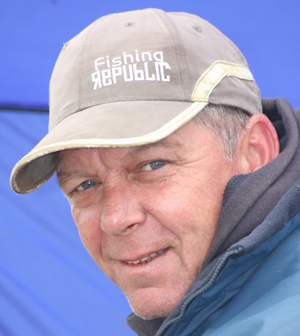 Anglers struggled with the wind on this one as brollies were trashed and it proved impossible to fish a long pole in some areas. Knowing the venue well aided Paul Cartledge who opted to fish at just 5 metres where he able to tempt bites from a steady stream of obliging carp, tench and trout but it was two god carp late on that secured what proved to be comfortable win. It was a family affair for the runner-up spot as twins Wayne and Darren Upton matched each other fish for fish but it was Wayne who nudged ahead on the whistle. 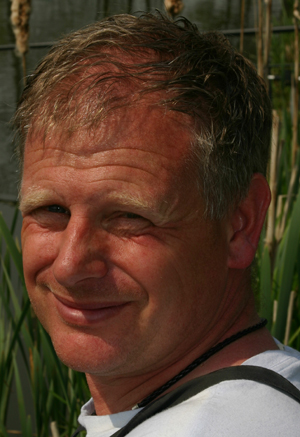 Torrential rain and even a thunderstorm failed to dampen the spirits of the West Rnd lads who enjoyed a rare old ‘bagging’ spree. John Mills Snr led the way falling one fish short of a ‘ton’ fishing meat tight over on the long pole to take carp to 4lb. Runner-up Paul Ashley caught on cat meat at short range and included carp and barbel to 3lb in his total.

This was a romp for Darren Godley who fished pellet and meat across to the island at peg 7 to take skimmers and carp to 9lb. He finished a full 60lb clear of the second man, Ian Symonds on peg 10.

Match secretary Andy Stockwell coped better than most with the rain presenting worm, pellet and paste to an island at 12 metres to take small carp but it was the skimmers he caught at 3 metres that eased him home in front of Roger Barron. 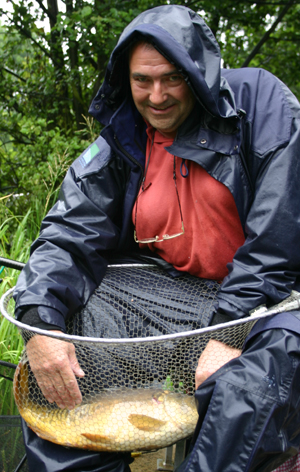 With no blank recorded in this match it means no-one gets to wear the Barnsley Blanker shirt next time out but that was never going to concern Lee Beresford who romped home catching chub to 3lb right from the off. Fishing worm just 6 inches deep at 16 metres he didn’t even need the bonus 12lb carp he caught.

John Dickens, who put 30lb of roach in his net made a poor tactical decision by gambling on catching a carp in the last hour. Unfortunately he didn’t have a bite as he slumped from second to fourth place.