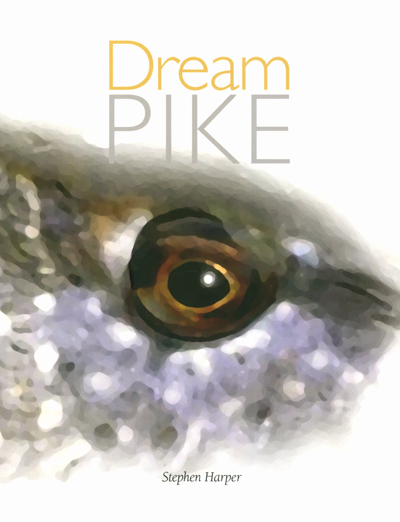 Dream Pike is a stunning collection of previously unpublished stories of very big pike, each in excess of 30 pounds, captured by a wide cross-section of anglers, some famous, some not so well-known, but all with a tale to tell.

From waters across the length and breadth of the British Isles, as diverse as ponds, pits, lakes, reservoirs, trout waters, canals, rivers, broads, meres, fens, drains, loughs and lochs; these stories are entertaining, educational, informative, revealing, funny, sad, shocking, rivetting, and simply inspirational. They prove that with enthusiasm and determination, ‘Dream Pike’ can be located and captured just about anywhere…

Stephen Harper has pursued most of the freshwater species of fish found in Britain, but he has always enjoyed a special affinity with the awesome and enigmatic pike. He was a founder member of the original Pike Society, and The Pike Anglers’ Club.

The Contributors to Dream Pike are a most diverse group. Some of the authors are old hands at the game. They have captured many big pike, written innumerable articles, and even books on the subject. Others are less well-known, and for some, this is the first time that they have put pen to paper to record their most memorable capture. Their stories are, nevertheless, equally interesting and often unexpected and unusual, and together, these detailed accounts give us an enthralling and revealing insight into what it takes to put a ‘dream pike’ in the net.

This is what Stephen Harper Writes in his introduction:

We all dream of big pike, and as an aspiring and budding pike angler many years ago, I can remember looking longingly through books and magazines at the black and white photographs of giant pike captured during the first heyday of Broadland piking, during the 1950s and ’60s. I would also gaze in awe at the huge pike that stared down from their glass, bow-fronted tombs

from within many a Broadland pub and tackle shop, and big pike then, to me, seemed a very long way away.

In those very early days, my winter weekends were all about fishing for pike ,and filled with an innumerable procession of jacks. I lived in hope that ‘doubles’ would be more commonplace and that one day would see a fabled twenty-pounder within the folds of my landing-net. Living in Norfolk, close to the Broads, it was a goal that I considered achievable, and in time, I was not to be disappointed.

Once I had served my ‘apprenticeship’, double-figure pike soon began to feature regularly in my angling diary, along with the occasional, hard-won ‘twenty’. But although Norfolk was regarded by many as the ‘Mecca’ for pike fishing, superior to almost every other area of Great Britain, during the 1970s it was not the place for ‘dream pike’ – those in excess of 30 pounds.

Ever since the Prymnesium wipe-out on the Thurne system in 1969, 30-pounders from Norfolk and its Broads were unheard of. It would be a long decade before the Thurne system and its monsters would return; but return they would, and a handful of lucky pike men would finally realise their dreams.

This renaissance of Broadland piking would coincide with the rise of the travelling pike angler and the continuing development and pioneering of reservoir piking in the UK, along with the development of dramatic new tackle, methods and baits, as pike fishing changed and evolved. And for those with the determination and the enthusiasm, a thirty-pounder no longer seemed so impossible, and from the 1970s onwards, many more pike anglers would achieve their dream.

However, even in 2010, to some, a thirty-pounder remains just that – a dream; a huge fish beyond the realms of everyday possibility; a monster pike the size of which only other fishermen catch. But to many other anglers, it is an all-consuming dream that must be converted into reality, and once the dream is realised, often the drug has taken hold and the obsessed anger will extend his quest, in search of the next ‘dream pike’.

The capture of a thirty-pounder can mean so many things to so many different pike anglers; a dream that must happen at all costs, a chance encounter, a wonderful surprise, a lucky break, the culmination of a plan, the reward for intense effort, a highlight to a pike season, a highlight to a piking career, or perhaps just another ’30’ to add to the list.

These ‘dream pike’ are rare creatures that do not grace the nets of even the most proficient and keenest of pike anglers on a regular basis. They are usually the highlights of an angling career and are often referred to as ‘the fish of a lifetime’. As Watto mentioned in his foreword, even with all

the big pike that he has captured during his long piking ‘career’, he still dreams of catching thirty-pounders.

However, they are not so rare as you might think, and it is highly likely that as you read this now, you are not so very far away from a thirty-pound pike. The stories that follow reveal this, with one very important piece of information contained within them all. Thirty-pounders can be caught from absolutely any type of water, however large or small, within the British Isles.

All you have to do is find them – and catch them!

The stories that follow are previously unpublished accounts. You might be aware of the captures of some of these big fish, but in Dream Pike, their stories are, to the best of my knowledge, told in print, in full, for the first time. They illustrate the sometimes very wide differences between the

captors, their methods and thinking, even though they are all pursuing the same goal, and the stories also show vividly the vast variations between the types of waters that these anglers fish to catch their dream pike.

And all these accounts tell us something else – that you don’t have to be famous, or an expert, to catch the fish of a lifetime, although sometimes it can be a distinct advantage! Some of the authors are old hands at the game.

They have captured many big pike, written innumerable articles, and even books, on the subject. Others are less well-known and not so experienced; and for some, this is the first time that they have put pen to paper to record their most memorable capture.

Their stories are, nevertheless, equally interesting and often unexpected and unusual, and together, all the following detailed accounts give us an enthralling and revealing insight into what it takes to put a ‘dream pike’ in the net.

Dream Pike is published by Harper Fine Angling Books in a limited edition (1,000 copies) cloth bound edition with dust jacket priced £30 plus £6 P&P. It contains many fantastic images within its 204 pages. The book is 245 x 190mm andfull colour throughout. The leather bound edition is already sold out. Full details can be found here.