KJS Aston Springs will host this year’s Daiwa sponsored Club Match Angler Championship final on Sunday June 3rd, 2018. We’re heading back to the venue that staged this same match back in 2011. Once again we’ll be fishing the Snake Lake (Lake 5) where Brian Searle was crowned champion in 2011. The fishing was very different back then (as you might expect). Apparently the carp have grown on nicely and given decent weather we can look forward to some net-busting action this time around. Here’s how it went last time: 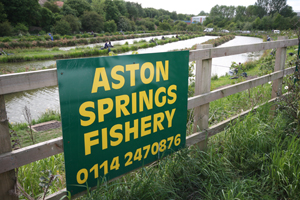 Brian Gets Searle Of Approval 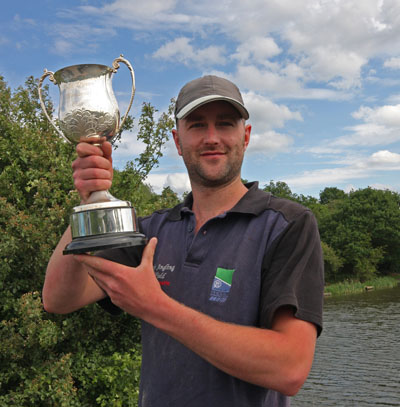 The 2011 Green Un Final produced a nail biting finish and a win for possibly the most committed competitor on the bank. Aston Springs’ Snake Lake offers spectators a grandstand view of every competitor yet none of those watching could be certain who had triumphed until the weigh-in was concluded.

The ‘Snake’ stocks are mostly small carp, ide, skimmers and barbel averaging 4 ounces so it’s rare for one individual to dominate. Anglers need to stay busy for the full five hours and not let the catch rate drop.

For three hours it appeared half the field were in with a shout but most tailed away in the fourth hour. Going into the final hour 5 anglers were in serious contention although two in particular appeared to be pulling away. 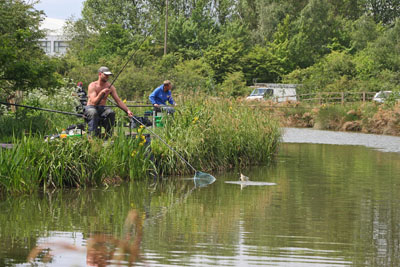 Brian Searle should have been driving down to Cornwall for a fishing holiday with his dad and couple of mates but insisted on fishing the final first. He drew ‘unlucky’ peg 13 on the wood side, an end peg, and caught mainly ide from the start. A welcome bonus in the shape of a 3lb bream gave his confidence a massive boost but his catch rate slowed up dramatically heading into the home straight.

Meanwhile Barrie Moat was on fire catching 19 fish in 19 casts fishing up in the water as the final whistle neared. 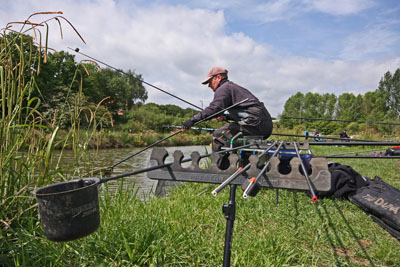 Searle was now struggling. His prolific long line had died but a switch to fishing down the edge with corn produced 7 very welcome carp. It was enough to secure the title. 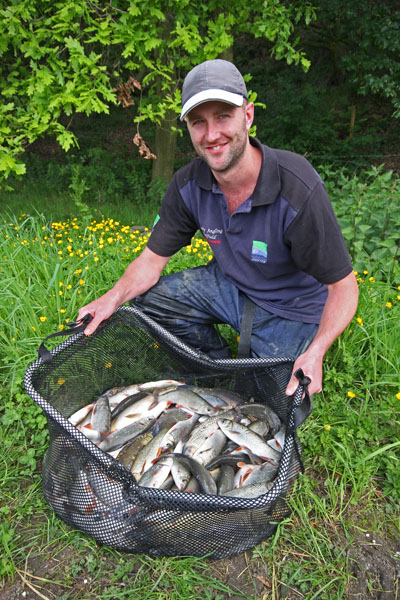 Darnall based Brian Searle qualified for the semi final with Ranmoor Piscatorials. The recently engaged 25-year-old joiner was appearing in the final for the fourth time and actually won the 2009 Lindholme semi final. Fishing at the venue for only the third time he presented caster tight to the far margin feeding groundbait, micro pellets and caster through a pole pot. Going into the final hour misfortune struck when he smashed a pole section, losing a carp in the process. Undeterred he switched to corn down the edge and boosted his net with 7 carp.