Being hospitalised and laid low with a series of persistent superbugs is no excuse for not updating everyone on the outcome of the 41st Green Un Club Match Angler Championships. Fortunately I still have some reliable and dependable friends who willingly stepped in to help me out with the practicalities, thank you Mike Townsend and Brian Skoyles, but now I’m home again there’s no excuse for not catching up and sharing the results with the wider world..

The odd gremlin managed to creep in. For example, the photos were definitely not taken by Andrei Mugurel, whoever he is! The first semi is Mike’s work, the second mine and the third Brian’s. Just for the record.

I and all the club match anglers of South Yorkshire and North Notts, even one or two in North Lincs are indebted to Daiwa Sports for getting behind the competition again with over £2,000 worth of sponsorship. To Robin Morley, Stephen McCaveney, Kris Smith, Owen Thomasen, Luke at Hallcroft, Noelie Goforth at Hayfield, Pauline and Geoff Hurt and all thosebrow beaten match secretaries who diligently send me their results week-in and week-out, come rain or shine, through the year. You guys really are the lifeblood of club match fishing.

Special congratulations to our worthy champion, Graham Webster, who has been a regular in the finals for years but never quite made it before. His accolade was earned and well overdue, though one or two more fall into the same category. It’s not an easy competition to win as you have to win a match to qualify for the semis, win a section against all-winners in the semi and then beat the best of the best in the final. One winner from a field of thousands.

Click on any of the images below and you should be able to zoom in on the report – at least I hope so. 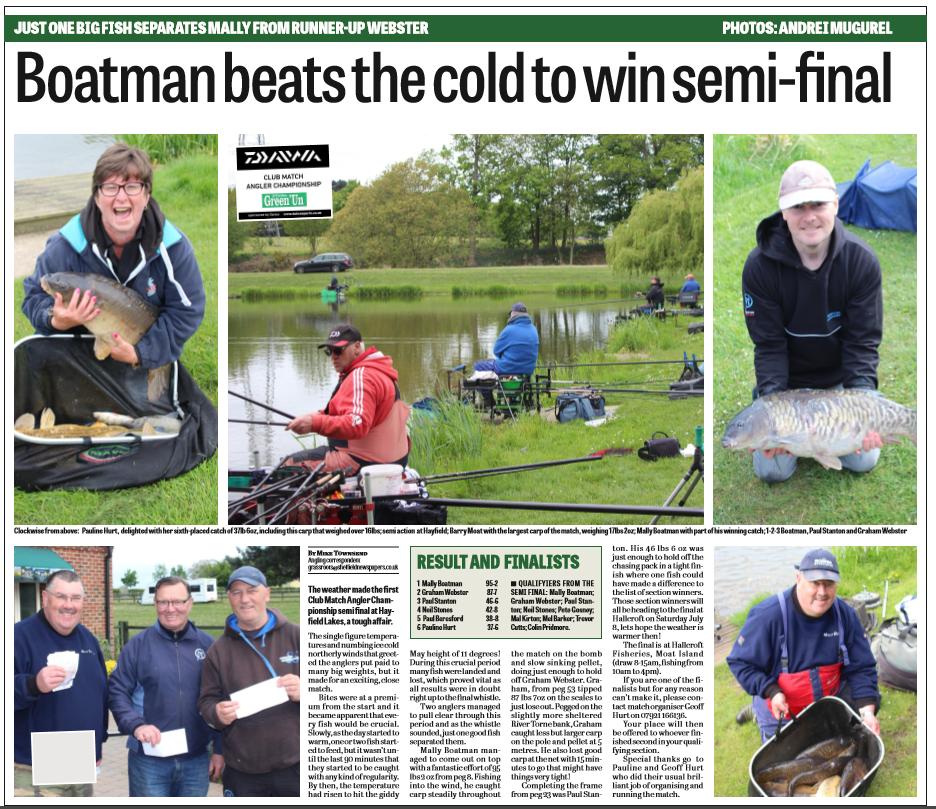 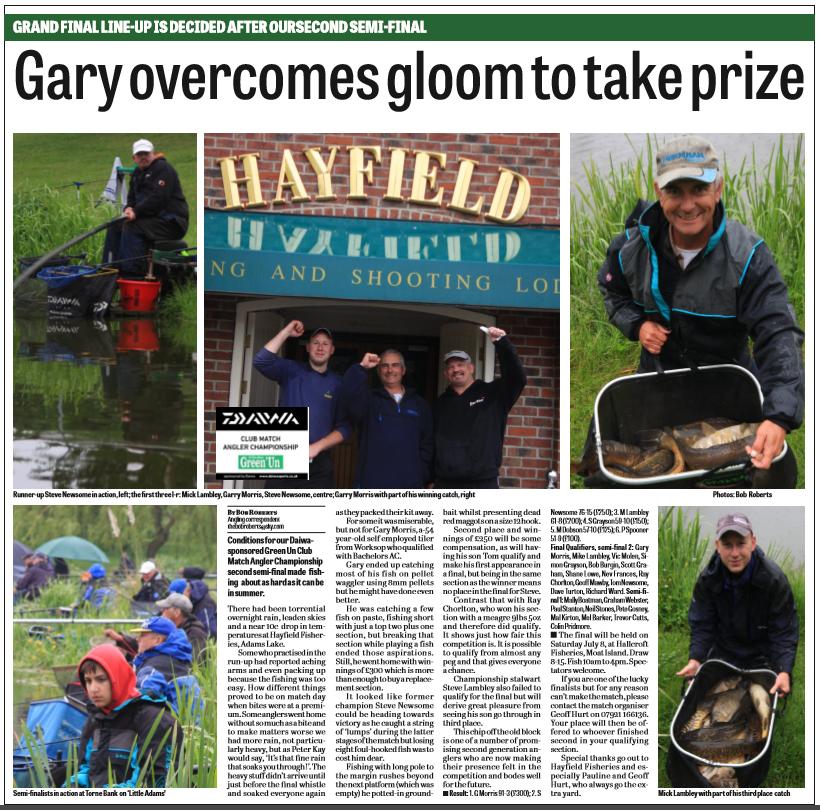 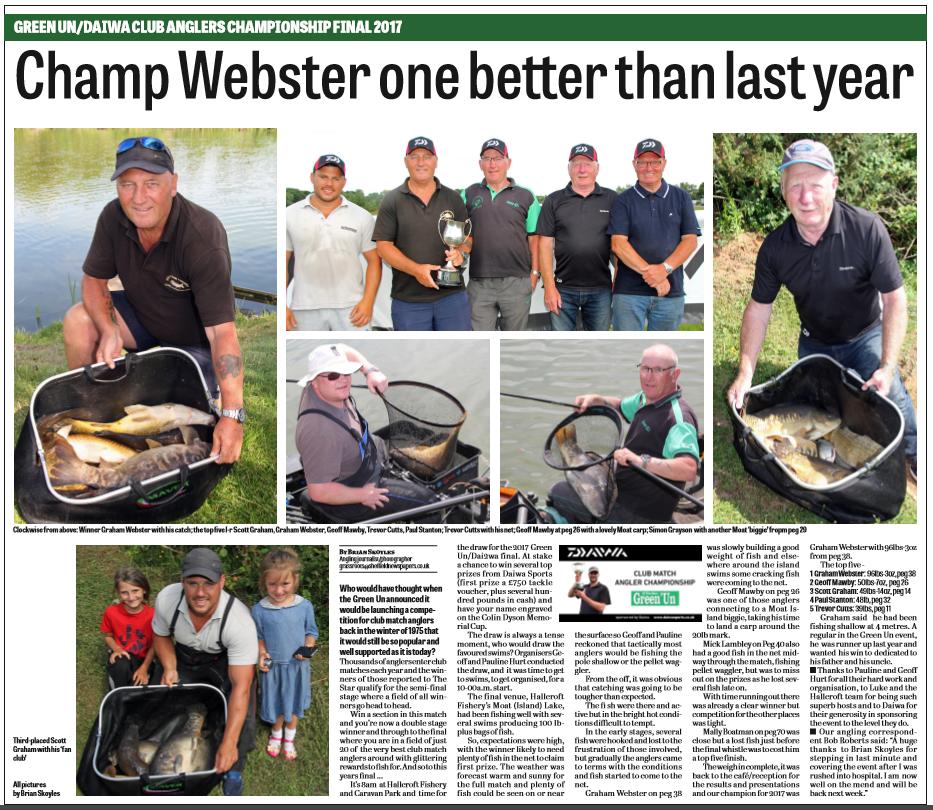