It’s Christmas and keeping with tradition here is the list of anglers who have so far qualified for the Daiwa sponsored Club Match Angler Championship semi finals, formerly known as the ‘Green Un’ Final but now hosted by the Sheffield Star newspaper.

It’s open to angling clubs in South Yorkshire and the North Midlands, nominally covering the old circulation area of the Green Un – that’s Sheffield, Rotherham, Barnsley, Doncaster and Chesterfield. The winner of every club match featured in the Star’s angling column gets a chance to compete in a semi final. Section winners from the semi go through to a grand final where £3,000 worth of Daiwa fishing tackle is up for grabs. 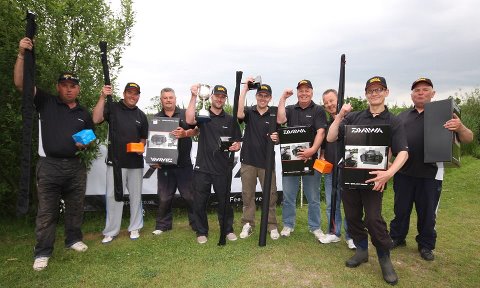 If your name’s not on the list and you think it should be then please make your case by emailing greenun@sky.com Shouldn’t be too difficult to prove as your original match entry will be in your match secretary’s sent items folder… 😉 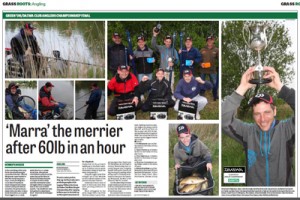 Here’s the list. Details of dates and venues will be announced later but for now, if your name’s on the list you need do nothing except check back in April when the important details like venues, times, dates, pools, etc., will be announced.