Regular readers of my blog will probably appreciate that I’m a big fan of Brian Roberts’ Jack’s Pike cartoons. I first came across them in his Pike Blog and as is inevitable, the first book followed and they’ve since begun appearing in a couple of magazines. It should come as no surprise then that I loved his first two volumes of cartoons, nor should it surprise you that a third volume has now been released, nicely in time for Christmas. 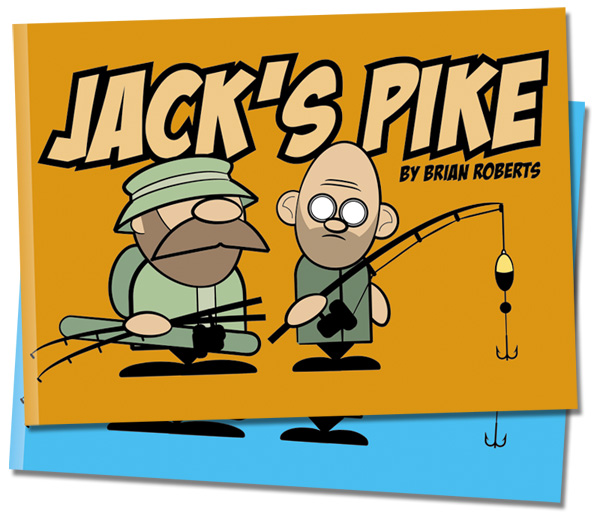 And who wouldn’t want a set of these in his or her Christmas stocking?

In Jack’s Pike 3 Jack and Bob are getting serious. Work wives, chores…, nothing is going to stand in the way of that monster pike!  Meet some old friends and prepare for big doses of skiving, excuses and an extraordinary amount of time on the riverbank. You see, this time it’s personal!

You can order copies dirct from Lulu or simply follow the leads from Brian’s own web site, Pike Blog

Volume 3 is available in two formats, Glorious Colour (£13.99 + P&P) or plain old Black and White (£5.99 + P&P) The first two volumes cost a pound less and Brian has stressed that the price increase was not his decision, that’s down to the publisher.