The popularity of the Daiwa sponsored Green Un Club Match Angler Championship continues to flourish, so much so the event has simply outgrown many of the more popular local venues and that means for 2015 we are reverting to an idea we tried a little while ago and will be organising two semi finals.

Both matches will be fished on Kingfisher Lake at the new Hayton Lakes complex near Retford. The complex of 7 lakes is the biggest fishing venue in the North of England.

We’ve also taken into account complaints that the regular May Day Bank Holiday fixture clashed with anglers being away or working, so grab your diaries and make a note of these dates:

Semi Final One will be staged on Saturday 9th May, 2015

Section winners from each semi will qualify for the grand final, also at Hayton on Sunday 28th June. 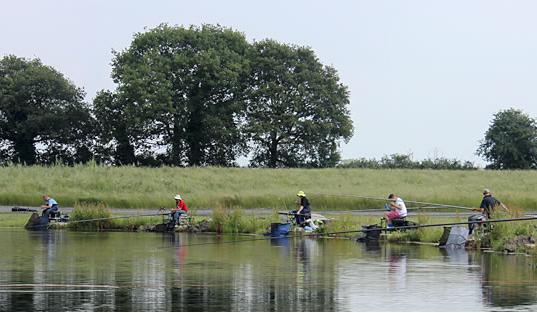 Hayton Lakes is shaping up to be a prolific, all-action bagging water with small to medium sized carp dominating. Anglers can find out more about the complex on the fishery web site or by phoning 07508 903078

Further details regarding registration and pools will be revealed at the beginning of April.