Some anglers and clubs find it difficult to accept the use of live baits and yet this is the most natural form of prey for many species of fish including pike, perch, zander, eels, chub and even carp. Some may argue that it’s cruel to put hooks into a live fish and have it swim around until it’s eaten. This is in my opinion, ‘the thin end of the wedge’. If we portray live baiting with fish as cruel or unnecessary, where do we draw the line – maggots? Our sport is under constant criticism from minority groups, our only saving grace being our numbers as the most participated sport in the UK. For anglers to portray any part of our sport as cruel, supports those who would ban angling altogether as being cruel. Bear in mind that fish, though having advanced organs, are not accepted as feeling pain as we do. Can we say the same for other forms of live bait we use? 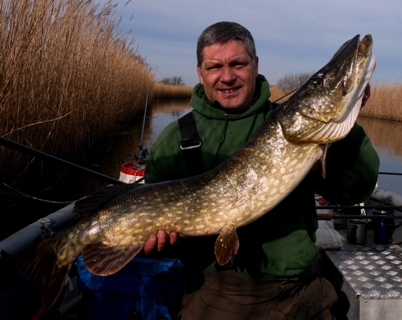 I’ve contacted many fisheries and clubs over the years to ask why they have banned the use of live baits and to my surprise, most don’t really have an explanation apart from the fact that pike anglers are a minority group in their club and so their needs are poorly represented when decisions are being made at AGMs. One concern is that pike anglers may bring their own baits to a water and cross-contaminate it with a non-native species or diseased fish. This may be seen as a viable reason but one which centres around a very small minority of pike anglers who may flout the rules. This is obviously something which happens throughout all angling disciplines and with regard to many rules & regulations.

As with all angling, the piking world has it’s share of ‘numptys’ who don’t stick to the rules. It’s important that anyone who live baits for pike, or any other species should seek permission from the water’s owner and only use baits caught at the venue they are fishing. We can all be ‘tarred with the same brush’ thanks to the actions of the minority. Breaking the rules only leads to further restrictions in a sport which already has far too many.

For tips on the safe handling and unhooking of pike, and much more, visit the PAC web site www.pacgb.co.uk. Better still, join online and help fight to preserve our sport for future generations.