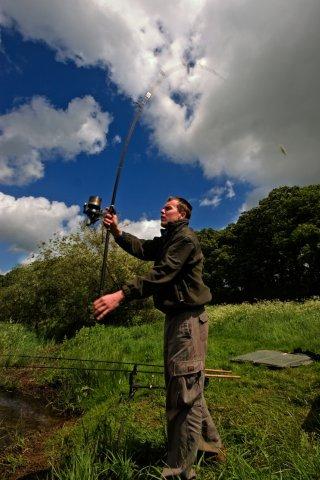 A purpose design spod rod and big pit reel will allow you to throw a fully loaded, full size spod very far indeed and with great accuracy after surprisingly little practice. I use the Daiwa Emblem Spod reel because it casts as well as anything out there but has a super fast retrieve (over 1.22 metres of line per turn of the handle).  The two line clips allow me to spod accurately to two different spots. With a lighter spod you will be fine with a regular carp rod and reel. Make sure the clutch on the reel is tight enough to prevent any slipping.

I use a length of 45lb Kryston Quicklsilver as a shockleader. The length used is such that I can get a drop of around 5ft from the rod tip while having five or six turns around the spool on the reel. 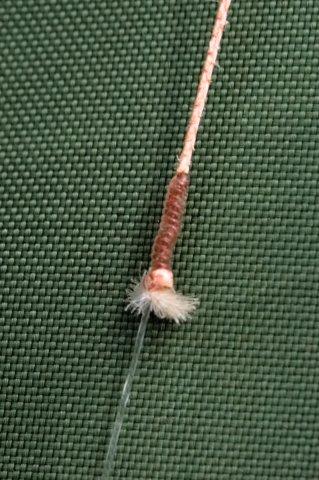 The shockleader is attached to the mainline via Mahin shockleader knot. I’ll use 10lb mono mainline most of the time but will change to 8lb if I need to cast really long distances. The mainline only has to take the pressure on the retrieve. It’s the shockleader reel and rod that take all the force during the cast.

When I’m really going for it I’ll use a finger stall to prevent the shockleader cutting into my finger, but it’s rare that I feel the need to fish so far out.

I’m normally aiming at a spot I’ve found using a marker rod set up so I’ll leave the marker float out there and cast until I have the distance bang on. By then clipping up I can ensure that I can hit the spot every time. 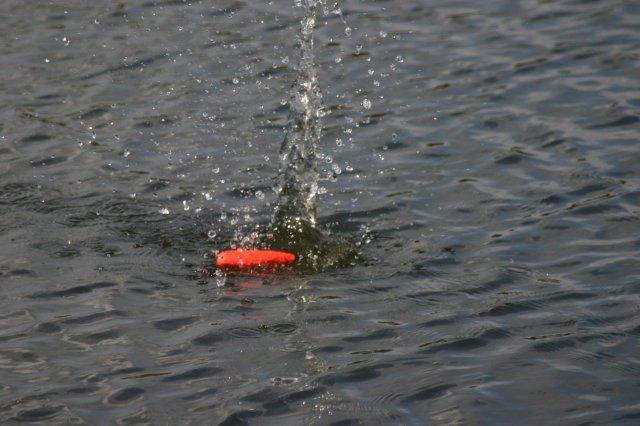 Most of the time I’ll be introducing particles such as caster, hemp or small pellets to the swim so I use a small amount of groundbait to plug the spod and reduce an spillage during the cast.

Accuracy, especially in a cross wind take practice but it’s really worth the effort. Pay special attention to feathering the cast just before the spod hits the water as I’ve seen spods hit the clip and bounce back as much as ten yards!

Once you’ve got a dedicated spod setup it will last for many years. I also use mine on the Trent with a bait dropper. Spodding is certainly something many anglers would benefit from having in their armoury. 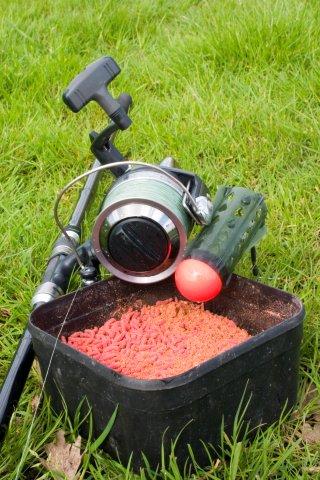 Tools For The Job 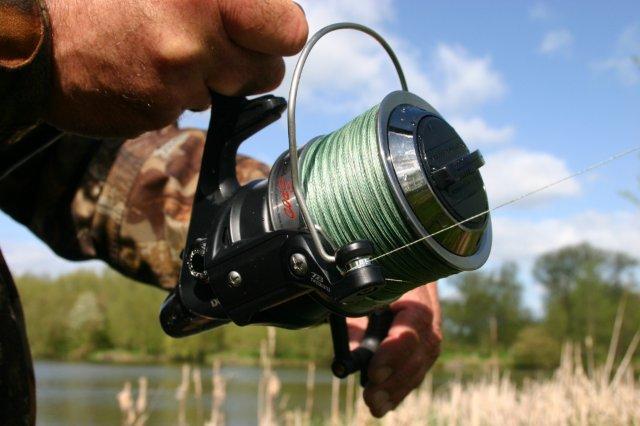 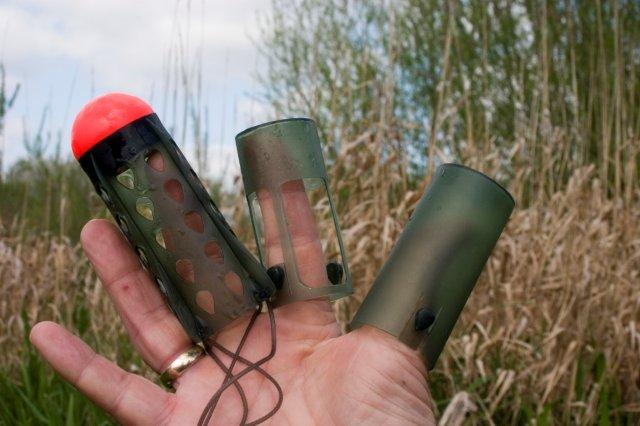 The Fox Stubby Spod – can be cast using most carp rods 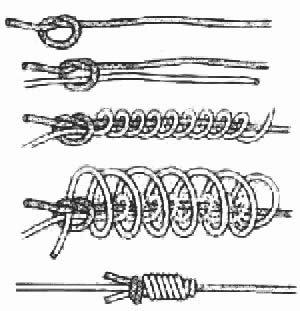 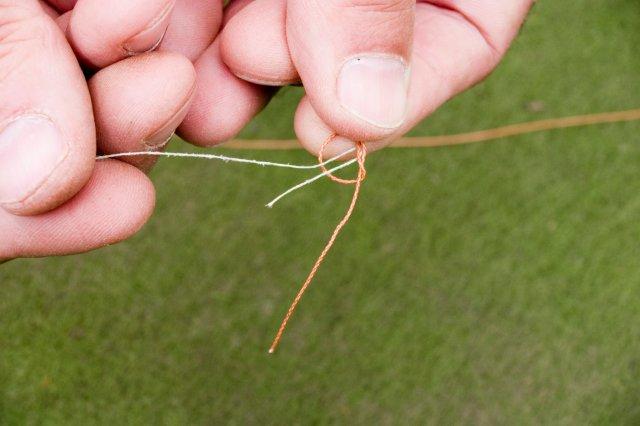 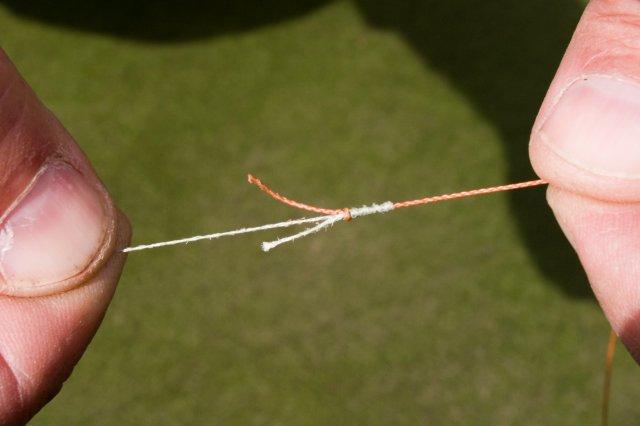 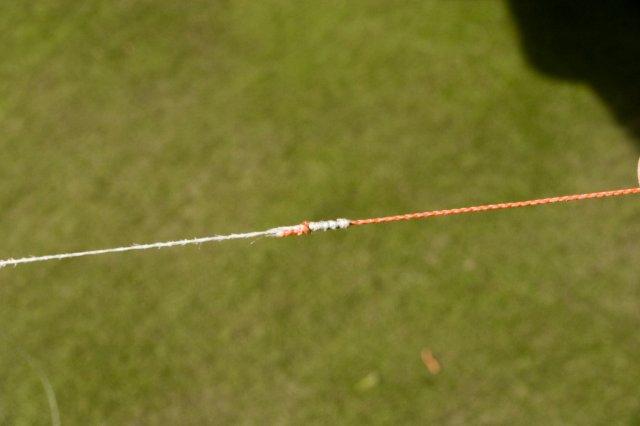 When using the line clip on the reel for accuracy you must feather the spod just before it hits the water.  It’s amazing how far they can bounce back if you’re not careful 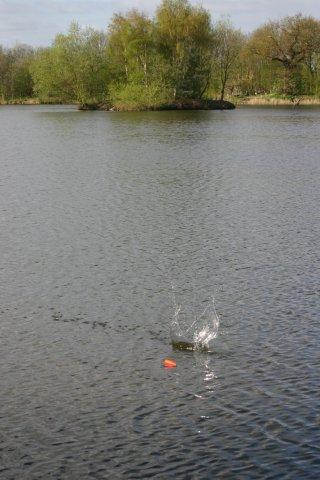 Practice will make you more accurate and greater accuracy will usually mean more fish on the bank.  Imagine trying to achieve this accuracy with a catapult? 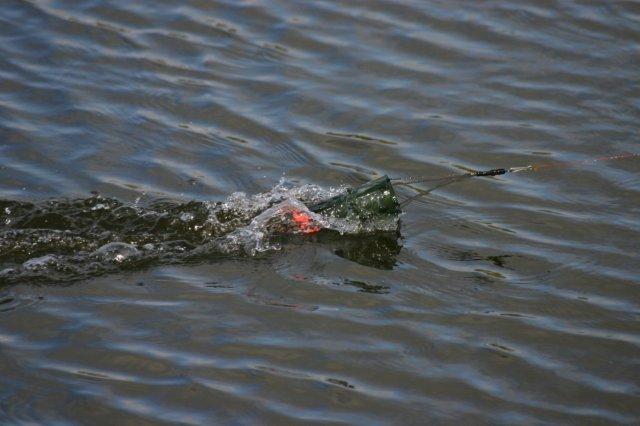 A well designed spod will rise up onto the water during the retrieve.  This will greatly reduce drag.  Spodding can be tiring enough as it is but it’s often well worth the effort