My first ramblings seemed to go down OK so it’s time launch some more into the cyber world. While on the search for additions to my collections I browse many catalogues, both hard copy and online, plus traditional auction listings and a number of online market places. If I didn’t know better I would think the world was just one heaving mass of rare fishing books waiting to be snapped up before some other obsessive collector beat me to them. However if you have just a little knowledge or common sense, you would realise that the word rare is one of the most abused words in describing fishing books. 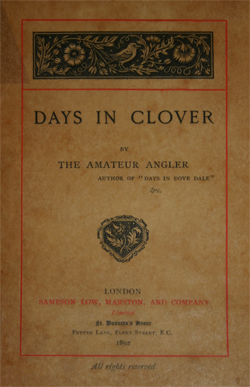 In my opinion there are not that many genuinely rare fishing books and certainly not many from the last 25 years or so. It makes me laugh when I see a book like Savay by John Harry described as rare, not only was there a later (inferior) reprint but there were originally 7700 copies of the first edition printed. This, I suspect makes it one of the most printed fishing titles in recent years so, why do some sellers try to con people by telling us it’s rare? 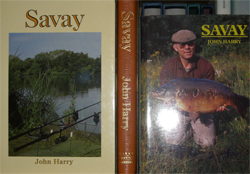 I am not aware of any accepted definition of the word in the book selling world so I would like to suggest that any book that has more than 500 copies printed should not be considered rare, nor should any book that is still in print, since a number of recent books have had less than 500 copies printed. Exceptional circumstances might occur such as the fire (I believe) that destroyed many of Ironbridge Publications books like Silver Season Golden Memories by Tony Miles which will possibly push these books into the rare category. Similarly the passage of time will mean that some books printed in greater quantities might become rare as copies are thrown away or destroyed. It could also be argued that some editions/printings of books are rare such as leatherbound copies as most of the time there are just a few copies published. In cases like this it is not the book that is rare but the binding. Similarly some books could be considered rare if they have an original dust wrapper because wrappers get destroyed by misuse over the years. Look out also for variant dust wrappers on some older books, but don’t be fooled by some homemade dust wrappers for modern books such as the raft of very well made ones for Chris Yates’s latest offering which didn’t have a wrapper. Originals matter. Anyone these days can knock out a “rare” wrapper! 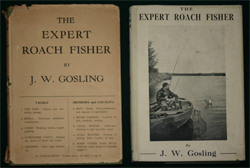 Scarce is a similarly abused term and possibly even harder to define than rare. To me a book is scarce because there are not many copies available to buy irrespective of the number of copies printed. If a book was printed in significantly larger numbers and is genuinely scarce then it suggests to me that it is either a very good read or particularly desirable for the subject matter or the author (or any combination of these) and the owners are unwilling to part with their copies. 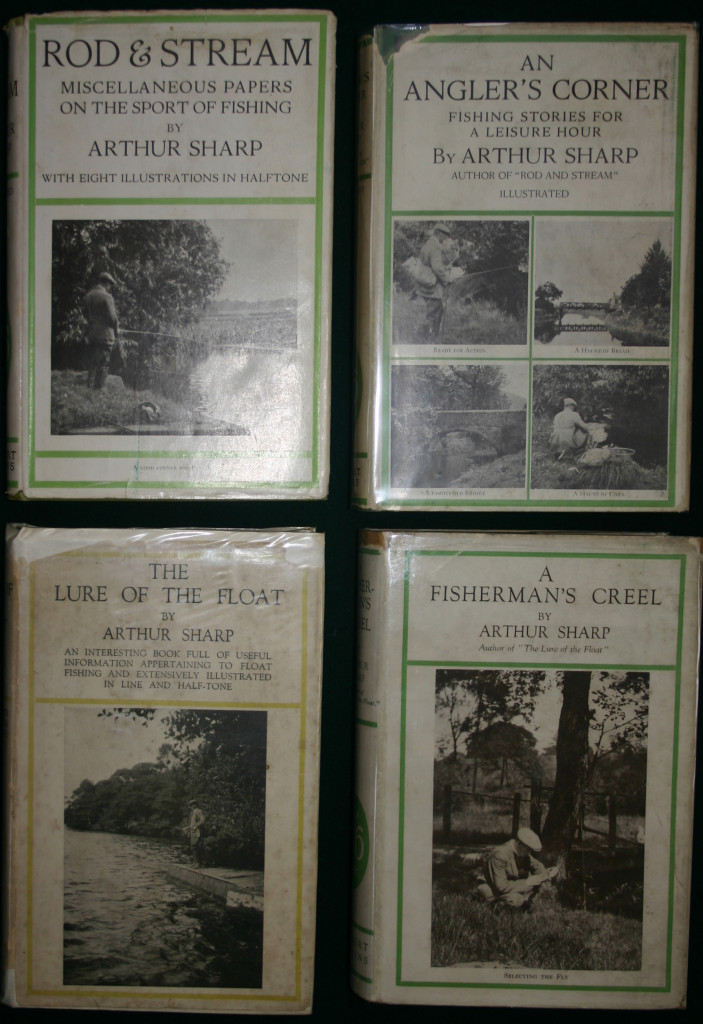 Genuinely rare books rarely (sorry!) sell for bargain prices as there are too many collectors looking out for them so if you find one you are lucky, but it does happen. The next time you see a book described as rare it most likely is not and the seller is trying to con you (just like the second hand car dealers who tell you, “one careful owner” omitting to tell you about the three not so careful ones?). When I see a seller describe a book as rare it immediately puts me on my guard and I always wonder what else in their description of the book is there just to try to con me. Don’t forget these are my opinions and I am just voicing them here to make potential buyers aware of this sellers trick and to find out what others think and why. 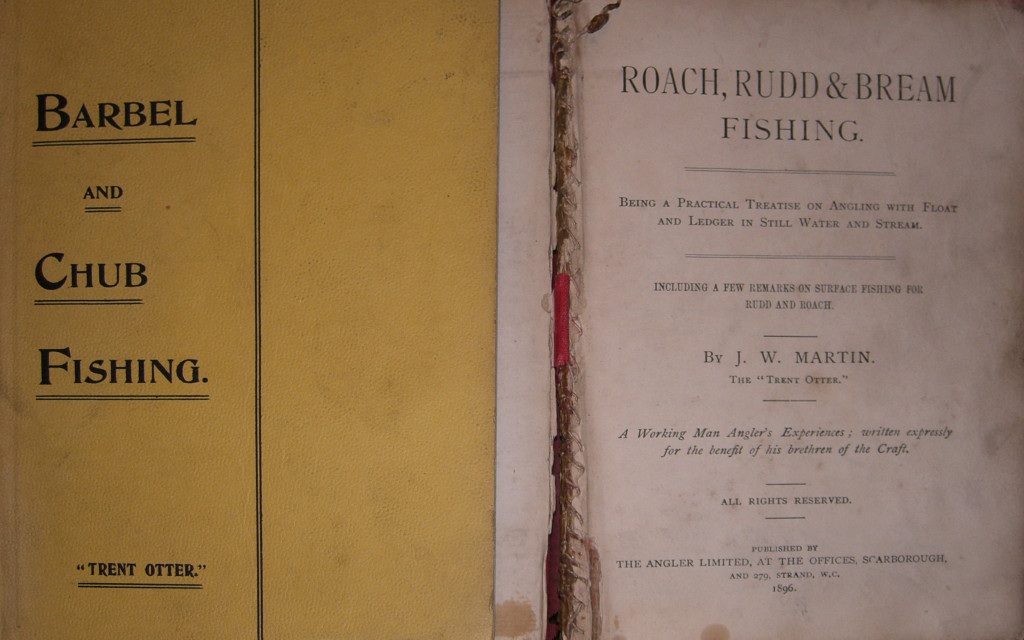 Something else that might make a book qualify as rare is the author’s signature, although many recent books are signed (and numbered) on publication and many are signed at book launches so a signature may not be as rare as you think. Obviously authors who are no longer with us have left behind a legacy of signed copies that can never be legitimately increased (sadly as in all walks of life there are some who will forge signatures to make extra money) and these are the ones that can probably be described as rare. Always make sure that you buy from someone you can trust and if you have the slightest doubt about a signature ask the seller when/where/how they got that signature. An honest seller will be only too happy to give you the exact details you ask for, if they start down the, “it was my grandad’s/dad’s/uncle’s” route then beware. If you are still in doubt try asking someone you trust what they think of the signature’s authenticity. If you cannot get the assurances you seek then you could be making a costly mistake as when you try to sell it later it is your reputation that could suffer not the rogue that sold it to you.

2013 saw many new fishing books published (some would argue far too many!) all trying to get us to part with our hard earned money. Many of these appear to represent good value for money while some do not. Just taking into consideration the number of pages is one measure of “value”, a similar one would be the actual word count and then the quality of the photos/illustrations would be another while the quality of the binding could also affect ones thoughts on value. The quality of the writing itself should probably be the major measure of “value” but this can be spoilt by any combination of the other measures not being of the same standard. The price of the book has a great bearing on the perceived value of a book in many people’s eyes. Take a look at the photos of some books from different publishers from the last few months of 2013. All but one book is produced in full colour (some with hundreds of colour photos), the largest book (350 numbered pages) is privately published but still costs only £3 more than the smallest (115 numbered pages which incidentally is the only one without colour!). The second smallest book has over 50% more pages than the smallest but cost £8 less too. Can the quality of the written words justify such a discrepancy in the price and physical size and appearance of the book? Or are we as buyers being fleeced by some publishers? 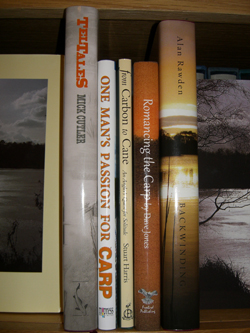 The last fishing book of 2013 (I believe) was the much anticipated offering from Chris Yates, The Lost Diaries. Would it live up to the expectations of the hundreds of people who paid in full up to 8 months before it finally arrived through our letterboxes in the days before Christmas? For me the answer is yes, BUT, it would have been so much better with a quality binding and dust wrapper. It is Yates at his best, but then it should be as it was written over 30 years ago when his other diaries were written and a few years before Casting at the Sun (still his best in my opinion). I have read the first 100 or so pages but am reluctant to read the last 40 as once I have read them then I will have nothing to look forward to. I guess I’ll just have to read it again and again which to me is the sign of a good book and although short at 140 pages (plus several filler pages of subscribers names) for me it represented excellent value for money at £20 postage included for those who subscribed. It is now sold out at the publisher’s Unbound, although there are plenty of copies on ebay but selling for far more than the original price. I have recently discovered that there is now a “trade edition” of this book which has a different cover and is priced at £12.99 but is not due to be published until around May time. 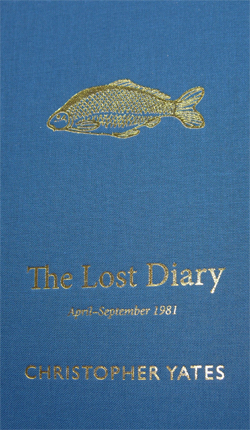 What can we expect in 2014? Most publishers seem to be keeping their forthcoming titles secret currently. Fishingbooksender and Little Egret Press have made no announcements on their offerings for 2014. Bountyhunter and Mpress appear to be publishing books left, right and centre, the latest from Mpress being published next month is Ritchie MacDonald’s life story titled Ritchie on Carp – The Whole Story. Angling Publications have announced Monster Carp (out now) and will be followed by a new book from Frank Warwick and the final volume of Tim Paisley’s “Bivvy” series, The Final Countdown should be published late in the year. Harper Fine Angling have announced that they will publish volume 2 of A History of Pike Fishing in September and at the same time will publish Extreme Pike, which will follow in the footsteps of Dream Pike and will be a must for collectors/readers of pike literature. I’m not sure that publishing both books at the same time is a good idea when money is in short supply though. Freebird have announced the second part of Pete Springate’s trilogy New Moon Rising will be out in March (I have finally just read the first – Carp Side of the Moon – and thoroughly enjoyed every page) and they expect to have a book on Thames Carping and one from Lee Jackson later in the year. I’m sure there will be many more announced over the coming months. 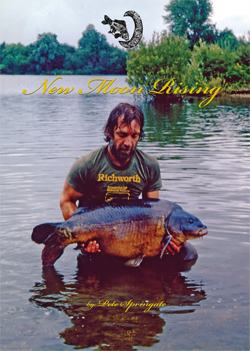 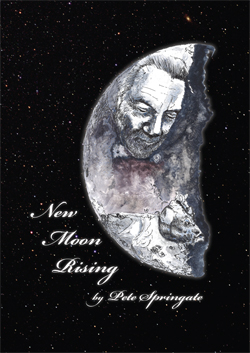