Caught In The Net
I can hardly remember a time in my life when fish weren’t important to me in some way. Perhaps it’s in the genes, after all, my father fished the high seas as a trawlerman but I never fished with him. He died when I was seven by which time I already had a collection of fishing nets. Can you still buy fishing nets these days? I suppose you can at seaside resorts but I’ll bet that’s it.

The local hardware shop seemed to do a thriving trade in them. A garden cane with a loop of wire maybe six to nine inches in diameter dressed with a bit of nylon netting. Sixpence they cost and we’d wrap insulating tape around the end of the cane so it wouldn’t split. The only other equipment you needed was a large jam jar into which you’d put whatever you caught.

Where I lived your options were limited but we’d catch sticklebacks, both three and ten-spined varieties, tadpoles and an occasional newt. There were few minnows in a stream like the Mill Dyke.
Three events are burned into my memory. On one occasion I discovered a large shoal of fish swimming slowly but purposefully upstream. I guess it must have been spawning time, but how could it be, sticklebacks make individual nests?

Anyway, there was a shoal and I watched it making steady progress upstream in channels between the weed beds. I recall simply placing my net ahead of the shoal and watching in awe as the shoal swam straight into my net. Sixty-four fish went into the jam jar from a single sweep and it remains one the most memorable catches of my life.

The dyke did contain a few roach. Not many, that’s for sure, but on one red letter day I spotted a small group of them. They might have been six inches long and I chased them up and down the banks until I eventually netted three.

It was to be a one-off experience but even that paled into comparison to the capture of a creature that filled me with fear. Water beetles abounded in the dyke but the mother of all beetles was occasionally seen – the ditiscus beetle. Huge things with vicious claws. I took one to school one day and introduced it to the class fish tank, not realising that it was carnivorous. This became apparent as the pet fish numbers diminished on a daily basis.

Occasionally we netted newts from a nearby pond, palmate and great crested newts. They too went to school but no aquarium was secure enough to house these determined escape artists.

Inevitably I progressed to catching sticklebacks on the most exciting method invented, worm and cotton. A small garden worm was tied onto some cotton, usually ‘borrowed’ from your mum’s sewing tin, and lowered into the water. We loved doing it from bridges because you could cover a lot of water and sticklebacks appeared to love the shade. Looking back that was my introduction to touch legering and a lesson in location.

The secret was to give slack line when you felt a bite so the fish could gorge itself on the worm. You then whipped it out of the water. Often you would have a fish on each end of the worm. Advanced tactics involved tying several worms at intervals along the cotton so you could catch four or even six fish at a time.
The dyke was quite deep above the railway bridge and kids occasionally swam in it. Today you can jump across it and it’s barely six inches deep.

Even then I knew a secret place where the fish were of a much bigger average size. It was in a culvert on the other side of the allotments and the fish were huge, honestly. I saw my first snake there while netting tadpoles, dropped the entire jar full and ran home screaming!
It was inevitable that I would move on from those humble beginnings to ‘proper’ fishing.

It Began With A Perch

My mum remarried when I was eleven, to an angler. I suppose angling was very different back then. Millions of men went fishing; for a great many of them it was the means of escape from the grime of working in factories, the steelworks or down the pit. We’re talking 1961 and employment was plentiful but the Great War wasn’t such a distant memory.

The term ‘full-time’ angler was unheard of. Indeed coarse fishing was practised mostly between June 16th and October 1st when the pike season opened. Winter fishing as we know it today wasn’t practised except by a hardy few.

Blokes went fishing on a Saturday or a Sunday providing the weather was okay, and that was more or less it back them.

I lost my rod fishing virginity at Toll Bar Pond on a day when the sun blazed down out of a clear blue sky.

Ray (my stepfather) took me down for a few hours one Sunday morning and though I failed to catch anything he caught a single perch. I was gutted – consumed with envy!

Shortly afterwards a lad I played football with, we went to the same school though he was older, took me to Askern Boating Lake. Keith Gale’s parents owned the local tackle shop which meant he was pretty savvy in all matters angling. We hired a boat, we fished in the right spot and sure enough I caught my first fish, a perch of maybe six ounces and swiftly learned that they have a spiky dorsal fin, sharp gill covers and grabbing them hurt – but any pain was lost in the excitement.

From that moment on there could be no going back. I was an angler.

What’s more, all my mates were anglers, too.

I lived in a council house, in a mining village. You knew everybody. Our gang played football in the winter, cricket in the summer, went bird nesting in the spring and we went fishing – together. Kids don’t do that today. Is it really any less safe? Or are we hung up on paranoia in this nanny health and safety obsessed state of ours?

Parents are afraid to let their kids out of the house so they turn them into overweight game boy freaks with no concept of what reality is. They get no exercise and lack social skills, all in some attempt to prevent them being hurt by a one in a million chance thanks to some freak who shouldn’t be on the streets anyway. Wouldn’t it be better if we dealt with the freaks once and for all instead of hiding from them?
Battery hens, bred to feed battery kids who are heading for obesity at before they reach puberty. Is this what life’s about? We’re slowly killing our own kids by imprisoning them.

I’ve lived in my current house for more than a quarter of a century and I don’t know the surnames of folk who live a few doors away. How sad is that?

Alas we live in the ‘Me, me, me’ society, driven by consumer greed. It’s all about possessions, gadgets and gizmos. You only have to look at the average angler to realise this, surrounded by so much gear he can barely fit it in a family car.

I used to walk everywhere as a kid and carry my entire collection of tackle – one rod, one reel, half a dozen hooks and not a lot else – with me. We made most of our own floats from crow quills, maggots lived in oxo tins and the heaviest thing we carried was a bottle of pop. Imagine having to do that today. 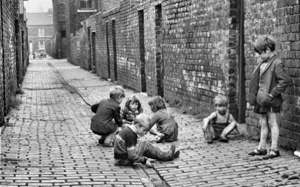 The world was a smaller place, too. Mine extended maybe three miles or so in any direction but that included Toll Bar Pond, Arksey Station Pond, Arksey Willowgarth, Carcroft Pond, the ‘L’ pond, Pilk’s Triangle pond, ‘Cemo’, The Parnies and one or two that now escape my memory. Askern Boating Lake was five miles away by bus and what a magical place that was, punt fishing in crystal clear water with three bottomless shafts.

The Don was a sewer and the canals no better. To wet a line in running water meant travelling to the Idle, Trent or Torne. Keith Gale took me to the Torne in the wicked winter of 1963 after regaling me with tales of how he’d won a Doncaster AA juvenile match in the summer. We caught a train to Crowle and walked a mile or more through the snow in our gabardine macs never suspecting that the river would be frozen so solid you could walk on it.

Then my old man introduced me to the Trent at Winthorpe. We’d catch a bus to Doncaster, then a train to Newark before walking a mile or more to reach Crankley Point, carrying all your gear on your back. I can’t imagine anyone doing that these days but it was so exciting.

Not that I caught a lot, but Ray did.

But let’s not get too morose nor try and squeeze a whole life into one chapter, I’ve a whole book’s worth of tales to share. Enjoy it. I certainly have!

3 thoughts on “Tales Of The Riverbank – Part 1”