The pike is probably one of the most misunderstood fish in our waters and used to be routinely removed or culled by coarse anglers because it was thought to be eating all the fish. Of course this is no longer common practice as fisheries managers have learnt to accept that they cannot eradicate pike and have come to appreciate it’s important role within a properly managed fishery. More significant is the realisation that pike removal has proved to have the complete opposite effect to reducing pike numbers and so fisheries have had to find alternatives to culling. Pike have been around for millions of years, much longer than us and will probably be around long after we’ve gone and certainly wouldn’t have lasted if its reputation for eating all the fish were true. It’s earned it’s place and deserves our respect. 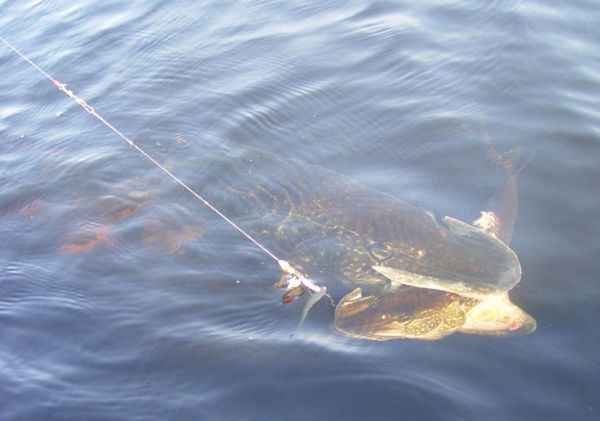 To put a few myths to rest:

All waters hold pike. If you were to dig a hole in the middle of a field and allow it to fill with water within a few years it will have naturally stocked itself with at least 3 species of fish, pike, perch & eels. Eels can of course travel across land while pike & perch spawn is carried on the legs and feet of birds, consequently they are present in all waters to some degree and cannot be completely eradicated long term.

Pike are probably the most idle fish in our waters, opportunist ambushers; they prefer an easy meal of diseased, dying or dead fish. Hence why some match waters fish well for pike at night after the matchmen have gone home, leaving a few injured fish behind. All fish will naturally grow old and weak through disease or illness. These are the easy meals the pike prefers to prey on and in doing so they prevent the spread of disease and maintain healthy fish stocks.

You might be surprised at how little a pike eats. Pike can survive by eating as little as 2 ½ times it’s own body weight per year. Apart from fish, their diet is also made up of rodents, frogs, small birds and other predators such as perch and smaller pike. They will grow in size dependent on the amount and type of food source easily available to them but clearly their diet will have an insignificant effect on fish numbers, particularly when compared to other predators. 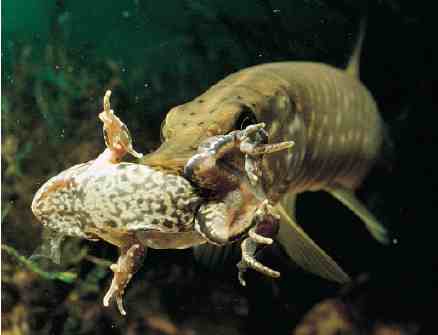 The main predator of pike is bigger pike who’s diet consists of an average of 25-35% of their own species. In some waters this is as high as 70%. Removal of larger pike therefore results in increased numbers and accelerated growth of smaller pike and other predators.

Netting or electro-fishing to remove pike results in removing or killing only the bigger fish. The remaining small pike are left to grow without fear of predation by bigger pike and will become confident and thrive, growing rapidly in number and size. These are the nuisance jacks reported by many commercial fisheries where routine netting has previously taken place. It can take several years for the natural prey/predator balance to return as some of these pike reach a size where they can start to self-predate. Hence why some fisheries have to go to the unnecessary expense of regular netting. But try telling a fisheries owner that the only way of breaking this cycle is to reintroduce big pike in order to regain the natural balance. Though clearly this is the only answer! Fortunately modern day fisheries managers understand far more about water ecology and use the natural predator/prey balance to their advantage, including financial gain.

Pike cannot be completely eradicated from a water, though some fisheries used to pay good money trying, only to the make the situation far worse. Large pike are now being introduced into commercial fisheries to restore the natural balance. The big pike cannot eat the large carp and aid the health & growth of the carp stocks by keeping the population of smaller species and other predators in check. This leaves more food for the carp due to less competition and keeps predator numbers to a natural minimum. What a shame that it took commercials so long to realise that the species they were culling, ‘pike’ was in fact the only species that offered the solution to the ’pike problem’. 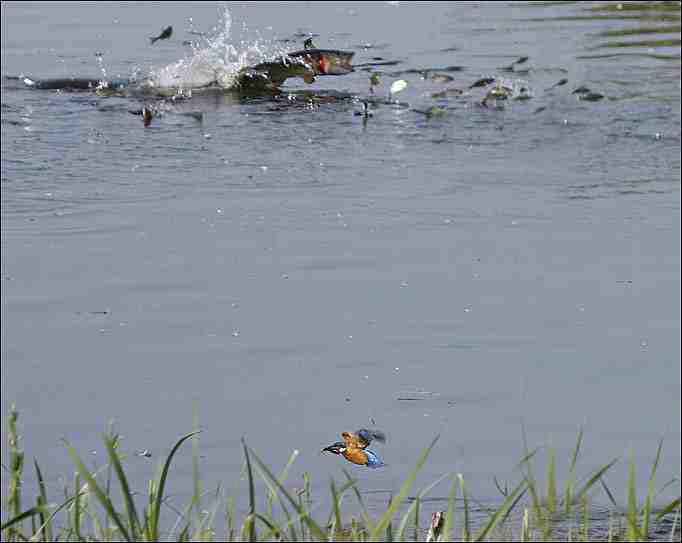 Pike are more active during the warmer months, which coincides with the coarse fishing season so not surprisingly smaller pike will repeatedly snap up an easy meal being pulled through the water on a matchman’s line. This leads some anglers to think that the water is full of pike and that they have a pike problem. Pike are generally unsociable and will readily feast on each other so they are rarely present in numbers as at first it might appear. During the winter months, far fewer jacks are caught. There are two main reasons for this, winter dead-bait methods are more appealing to the bigger fish and also, the bigger fish and other predators have spent months feeding on the jacks, thus reducing their numbers.

Sadly it has taken many years for fishery owners to come to the conclusion that pike removal and culling has a devastating effect on waters and thankfully properly managed fisheries now appreciate the vital role pike play in our waters and have adopted a policy of returning all pike, particularly larger ones. The advantage of a natural stock of healthy pike can also be used for commercial gain as pike anglers will pay generously to fish in the cooler months, supplementing the fisheries income at a time of year when trade is slow.

2 thoughts on “The Case Against Pike Removal – Alan Dudhill”