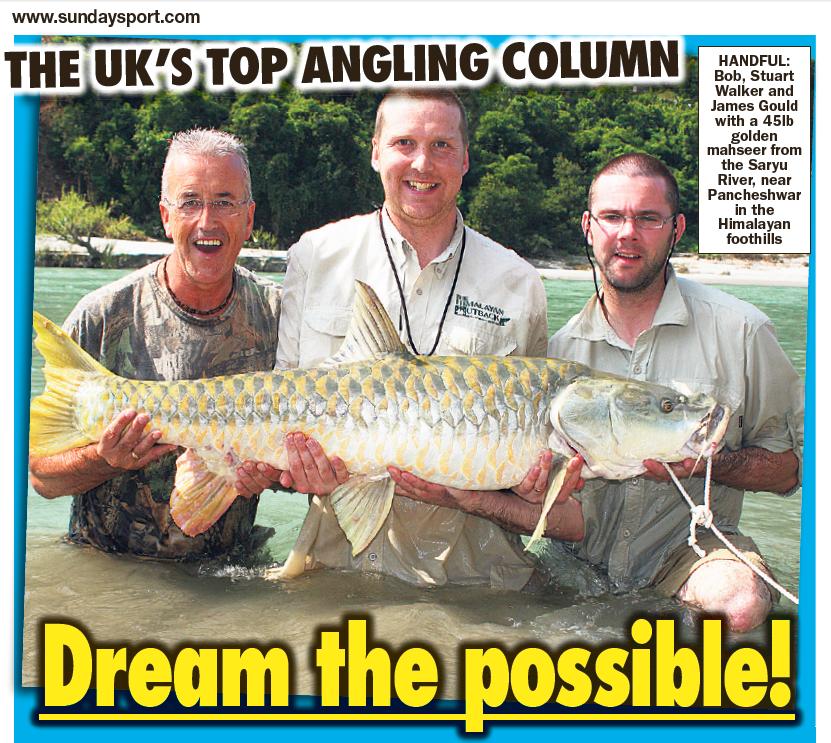 By the time I was thirteen I’d read every single angling book on the shelves of my local library. We didn’t have an Internet back then, there were few magazines either, but that didn’t worry me unduly. Bentley library offered magnificent opportunities for education and escapism to this particular dreamer. Good job, too, because I was barely interested in conventional academia. Angling taught me to read and later on it inspired me to write, so contrary to what teachers and parents told me it wasn’t a complete waste of time!

For a small library in a mining village the choice of reading matter on offer was somewhat diverse. Of course, it was there that I found works by Richard Walker, Peter Wheat, Fred J Taylor, Peter Stone, Billy Lane and the like, but not many locals went fly fishing, or sea fishing, yet these disciplines were equally catered for. Perhaps it was because they contained pictures of fish that I devoured them as well.

I read everything I could find in my desire to learn about fishing and it was there that I encountered the most unlikely fishing book, Circumventing The Mahseer by A St. J. Macdonald. It centred on a species endemic to Asia that has no equal in freshwater. The mahseer is the racing car of fishes with the stamina of a marathon runner and they were prized by Victorian expat sportsman in the service of the British Empire. Indeed many of them concurred they would rather catch a big mahseer than shoot a tiger.

To tackle the mighty mahseer in those days involved epic journeys through the Himalayan foothills negotiating roads that were little more than goat tracks, and not always successfully as the ‘roads’ were regularly wiped out by landslides and rock falls.

To a young lad in the early 1960’s these were magical adventures and certain to fire the imagination but I was as likely to walk on the moon as fish for this Prince of river fish on the mighty Kali River at Pancheshwar or Chukka.

Roll forward two decades and I confess to watching Casting For Gold on TV with my tongue hanging out. This one-hour special for Anglia TV featured John Bailey and Paul Boote trying to catch mahseer on the River Ganges at Byas Ghat. Oh boy, did they struggle, but in the end it all came good. By now I knew that one day I would have to make the pilgrimage and worship at the mahseer shrine myself.

Twenty years later I actually lived the dream founded in my childhood. Indeed I journeyed to the Himalayas on four occasions and fished the very swims described in literature and shown on TV. The journeys were epic involving flights, overnight trains and day-long jeep rides amidst breathtaking and sometimes nerve-wracking terrain. There’s an advertising campaign telling us that India is incredible. It certainly is. The country is an assault on the senses and the people are wonderful, so friendly, always willing to help.

But there’s a catch. Since the days of the Raj the fishing has gone downhill dramatically. Today the odds are stacked heavily against you and there is no guarantee of catching a mahseer. Netting and long lining has depleted stocks but it was the introduction of dynamite for road building that has put the species under threat of extinction. Throw a stick of dynamite into a pool and you will take a mahseer for the table if it is there. Unfortunately it will kill everything else in the pool from the biggest fish to the smallest. All life is wiped out and with such an impact on juvenile fish the long term consequence is inevitable.

You then must take into account that these glacier-fed rivers are massively unpredictable. Realistically there are two narrow windows of opportunity to catch a mahseer, just before or just after the monsoon season when river levels are normalised, but a heatwave can still cause flooding because the ice melts high in the mountains releasing a slug of freezing cold water. Normally it isn’t until you reach the river that you can truly assess your chances of success.

On my first trip I caught an 8 pounder. It was the biggest fish between 3 anglers. One guy went home not having caught anything bigger than a herring. That’s the gamble you take. But if you were to ask me, should you seriously consider a trip, my answer would be, hell yes, providing that you’re a dreamer and you’re man enough to handle the disappointments on what is certain to be an emotional rollercoaster. Just keep telling yourself that these adventures are about far more than catching a fish and you’ll be okay.

We soon came to realise that this is team fishing and that any fish landed is one for the team. There is no room for the selfish angler. It’s climbing Everest; it’s winning the Premier League; you all win, or you all lose and it’s not something you can realistically do single handed.

The two times of year when your chances of success are highest are October and February. That’s when I would go, should I return. To get an idea of what it’s like to fish these historic rivers you might care to have a look at the two films we shot on our last trip. You’ll find them at www.youtube.com/user/Stubarbel in the foreign section along with a few more films that may whet your appetite for adventuring to exotic destinations.

Should you be serious about following in our footsteps then I recommend you consider using the services of Misty Dhillon and his experienced team of helpers: www.himalayanoutback.com

Situated just off the A525 between Nantwich and Whitchurch, Chequered Lake is a completely private and secluded angling paradise set in 6 tranquil acres that for many years was run an exclusive syndicate. Owned and developed by Andy Nicholson who was the managing director of Shakespeare Tackle before making numerous TV shows for the Discovery Channel it is a mixed fishery that has produced ghost carp go to 30 lb and commons to 20 lb.