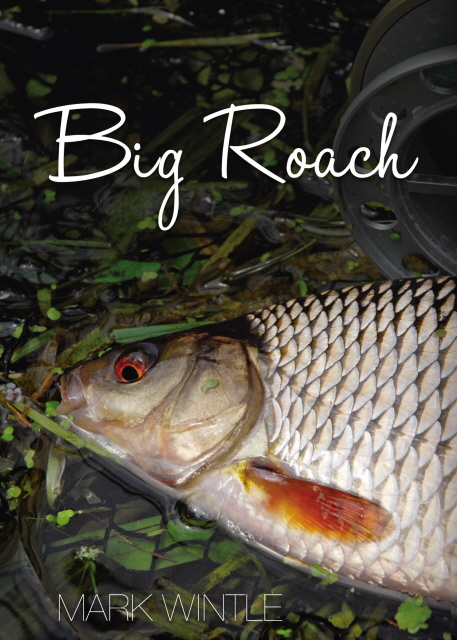 ﻿The roach is probably my favourite fish of all time. Forget barbel, carp, or even mahseer. No other fish has captivated me in the same way the humble roach has and few have challenged my skills with such nonchalance. It’s uncanny how a big roach seems to know which maggot has a hook in it when you’re fishing with a stick or waggler float. But every now and then one makes a mistake and the whole day is better for that moment.

John Wilson feels the same about roach, too. They are the anglers fish, demanding fine lines, tiny hooks and delicate presentations. They entrance the true angler yet very few books have been written about them. Mark Wintle hopes to do his bit towards putting that right.

Many thanks to Mark who has kindly provided an extract from the book, plus the dust jacket notes for this web site. Details of how you can obtain a copy of the book appear at the bottom of the article…

What is the magic of the roach? Why is it that a fish that seldom exceeds two pounds is so eagerly sought? It cannot be for its fighting ability, although a large one can give a lively account of itself on light tackle. I believe the magic comes partly from the fish’s beauty, that wonderful blue sheen contrasted by crimson fins underneath, with the dorsal and caudal more of a blood red, together with a creamy belly.

Another part of the charm of roach is that at times they can be capricious and wilful, enough to make a saint weep, yet at other times they display the simplicity worthy of the ‘water-sheep’ description bestowed on them by Izaak Walton. And then there is the appeal of the method: to catch big ones, subtlety,finesse and lightness of touch are required.

Ever since I caught my first ever roach I have been fascinated by their beauty. Since then I have caught all manner of freshwater fish yet repeatedly I have returned to fishing for roach. It is always a pleasant change to try for other species and use different techniques, but there is always a yearning to see a big roach coming to the landing net.

Roach fishing brings me great pleasure. It remains possible to find quiet places far from the crowds to attune oneself to the natural world. This allows a satisfying study in skill and concentration by, for example, gently trotting a float. This type of angling is all about using watercraft and skill, patience and perseverance, even low cunning, to both locate and catch the roach.

For centuries, roach have been one of the most popular coarse fish for keen anglers. Even today, despite the popularity of carp fishing, there are many big-roach specialists, fanatically pursuing them at all hours, often travelling long distances to get to the river before dawn, or spending days, weeks even, at a lake. What drives these anglers?

That enthusiasm comes from the deep satisfaction from seeing the magnificent sight of a big roach on the bank. And as catching them is often far from easy that hard-won prize remains one of the ultimate freshwater angling thrills for many anglers. 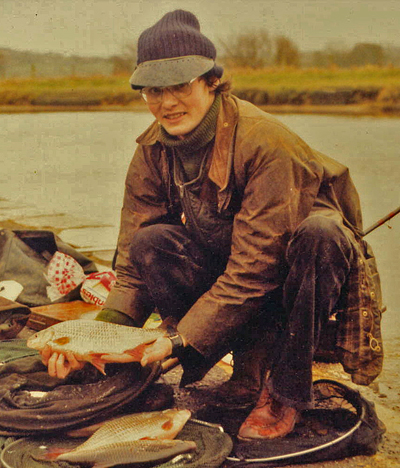 Roach often require the finest skills to outwit them, in terms of tackle control, feeding skills and understanding both the water and the habits of the roach, and this augments the pleasure. But this is not just a modern phenomenon. There has been so much written in the past by notable writers such as Greville Fennell, Edward Ensom (‘Faddist’), Captain L.A. (Skipper) Parker, Dick Walker, David Carl Forbes and John Bailey.

Other famous roach anglers,including renowned match anglers, have contributed to newspapers, magazines and books. Other notable anglers such as Bill Penney and Dave Howes achieved much yet wrote little, though fortunately we know about their exploits. Yet there is so much to explore.

Over the last century, certain waters have peaked with catches of roach that make the mind boggle, for both quantity and size. Hornsea Mere, the Hampshire Avon, Dorset Stour, Tring reservoirs, the Wensum, and much more recently, Willow Pool at Linch Hill, have all produced huge roach in quantity.

I’ll explore the history of these waters later in the book, including the anglers that had such outstanding success fishing them for big roach. Such is the extent of fishing for big roach it would be impossible to cover every successful roach angler in history or prolific water so I’ll make no apologies for being unable to mention many anglers and waters other than those covered in this book. It would take many volumes to cover Scottish waters like the Tweed and Tay, or Irish waters, or rivers such as the Lea or the Leam, or the Wye, Taw, Severn, or the Ise or Bristol Avon, or even the lesser East Anglian waters. I have had to be selective and have chosen those anglers and waters where I have found plenty of good material and interesting stories.

Over the centuries, as angling gained in popularity so did the roach as quarry. Different styles emerged in different parts of the country according to the local waters fished, so that by the end of the nineteenth century at least four or five distinct techniques had emerged. There was the Londoner with his cane roach-pole on the slow-moving Thames or Lea. There was the Sheffielder with a light short rod and fine tackle, tiny float and cloud bait for a fine and far off approach on the Fenland waters. There was the Nottingham style for the Trent, later transferred to the Hampshire Avon. Other styles included the use of long light rods for trotting slow deep rivers such as the Great Ouse.

The supporters of each style were dogmatic in their convictions and convinced that the others indulged in heretical behaviour. Although only variations of these original techniques survive, it’s still possible to identify the same methods, albeit in updated form. Furthermore, advances in tackle and methods mean that we have a greatly enlarged armoury of tactics to catch elusive big roach. The common factor to all forms of roach fishing that holds true through the ages is that, by and large, finesse and skill, combined with a stealthy approach and keen understanding of the quarry, have been the keys to success with roach. 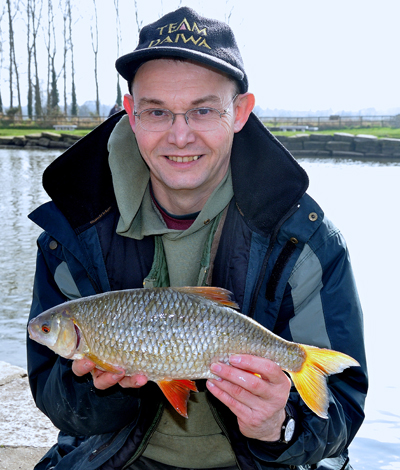 This book is therefore a journey through more than a century of roach fishing that includes 40 years of my own experiences and includes many theories, triumphs, failures and one or two mysteries. I shall try to bring about an understanding of the roach, with an essential guide to its habits, and cover the perennial problems of identifying hybrids. I shall cover the baits, tackle, techniques and tactics needed to catch them. I describe my own experiences of roach fishing in depth on a number of waters, concentrating on catching the big ones.

The final section is a leisurely stroll through the exploits of many great roach anglers and their roach catches.

For centuries, British anglers rated roach as their most popular coarse fish, and only in the last half century have they switched allegiance to carp and barbel. Yet big roach, those over two pounds, continue to fascinate many keen anglers. Roach may be relatively small but the giants take some catching, challenge enough for many experts. The tremendous sense of achievement on landing a big roach keeps many a keen angler coming back for more.

Certain waters and anglers have dominated roach fishing history, and these provide a rich vein of tales. The waters, from famous rivers like the Hampshire Avon and Dorset Stour to lakes like Hornsea Mere, the London reservoirs and Linch Hill, have all made history, as have the anglers who have unlocked their secrets. This book covers the roach-fishing exploits of Bill Penney, Captain Len Parker, Dick Walker, Peter Butler, John Bailey, John Wilson, Alan Wilson, Owen Wentworth, Terry Lampard, Dave Howes, amongst many others, including those of the author.

There is more to this book than just stories of catching big roach: there is controversy on hybridisation; interesting facts on their diet and habits; advanced tips on tackle, methods and baits; and the stories of the record-breakers.
So sit back, relax and enjoy a celebration of fishing for big roach.

Inside Back Cover Notes

Mark Wintle has been enthralled by roach since he caught his first big one as a young novice in 1969, and has sought them ever since. Decades spent match fishing honed his float-fishing skills, and for many years when the matches finished in December, he turned his attention for the rest of the season to the big roach of the river Frome in his home town of Wareham, Dorset. When that water declined, he switched to fishing the nearby Dorset Stour. Over the years, he has caught almost 200 river roach over 2lbs, including two 3-pounders, and then more from stillwaters, from over 20 different venues.

A decade ago, he began researching big-roach fishing, collecting the newspapers, magazines and books that hold much information. He enjoys writing articles for the angling media, and has co-authored three books with Graham Marsden, and contributed to three others. He is now writing about his favourite species in his first solo book.

Mark Wintle’s Big Roach will be available mid July from Calm Productions  in a first edition of 500 copies priced £30 (plus p&p). There are still a few leather bound copies of the original 40left priced £150 (inc. p&p).

The author will be attending an official book launch at The Land’s End  pub near Twyford (Reading) on 16thJuly from noon onwards .