As a regular Trent angler I never cease to be amazed by the behaviour of some of my fellow piscators and their presumption of entitlement. Nor can I understand what gives them the right to think they can invent a set of so-called rules of etiquette to suit their own selfish ends at your expense.

What am I on about?

I’m not talking about the guy who surreptitiously sneaks down when the fishery is deserted and hides out of the way so no one will notice. No, it’s worse than that. Poaching is too kind a word. This is blatantly ignoring the law. Imagine a bunch of gypsies pitching up their caravans on next door’s garden, hopping over the fence to steal your vegetables and then swear at you for objecting. 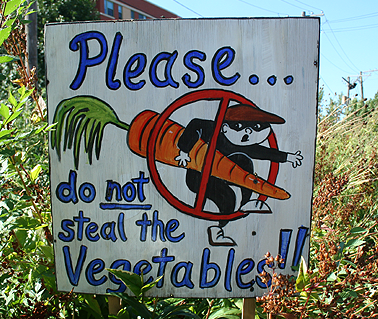 No, it’s even worse than that.

Imagine you’ve decided to dig a few spuds for dinner and these gypsies telling you to, ‘F&%£ off, we’re here first, go and find some other f&%£ing vegetables!’

Or you fancy having a lazy day on your deck chair but their kids are running round your garden, bombing you with a football and preventing you from chilling out.

Wouldn’t be happy, would you?

Well what’s the difference when you’ve joined a club, paid your dues, followed all the membership rules, but someone on the far bank, 50, 60, maybe even 80 yards away across the Trent, decides he’s going to hurl a whacking great feeder into your swim? What’s all that about?

He don’t care if he has a crack-off and you are killed by 5ozs of lead attached to his feeder. No, you are irrelevant. You are in the way of him catching a fish. From YOUR swim! 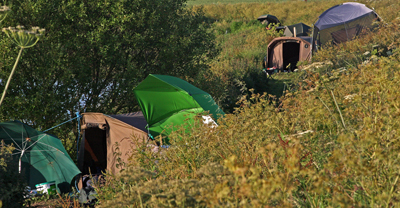 I appreciate this is a bit parochial, though arguably relevant to several other large rivers. You might wish to argue differently on a piddle like the Loddon, the Teme even, or the many other streams and rivulets. No, this absolutely affects BIG rivers where bivvying, pods, vertical carp rods, baitrunner reels, 15lb line, bite alarms, boilies and massive, heavy feeders has become the norm.

Unfortunately it has become quite the thing to do when you want to fish in a particular swim on the Trent to purchase an often cheaper ticket for the opposite bank and hurl great feeders all the way over the river into it! What’s that about? Why not buy a day ticket or club book for the bank opposite and fish there with a 1oz lead? 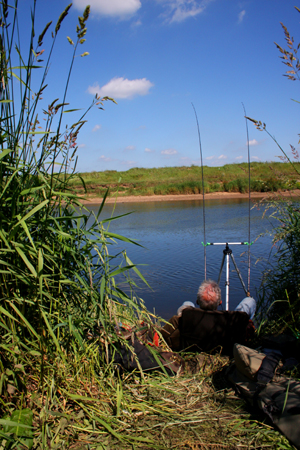 Thing is, there are rules. There is Law. I’m not talking unwritten rules or some fantasy code of conduct invented by the poachers. I’m talking the law of the land. One that’s enforceable in a court of law.

The general rule is that a person who owns land abutting a river or lake is presumed to own one-half of the bed of that river or lake (or the whole of the bed if land on both or all sides is owned). In other words, you own the fishing rights up to the mid-point of the river. The fishing beyond half way belongs to the landowner opposite, it’s only all yours if you own both banks. You can’t sell a day ticket to a bloke on your land and give him permission to fish on the far side if you only own the near bank.

So, let’s agree something once and for all. If you are fishing past half way and you don’t have a ticket for the opposite bank then you are breaking the law. If someone turns up on the opposite bank and has a permit to fish there then he has every right to do so. You have not. You are the one who’s poaching, the one who’s breaking the rules of etiquette and indeed the law of the land, so quit complaining and get over it. You are out of order. It’s not first come, first served. You are poaching the other guys fishery. Gentlemanly conduct doesn’t come into it. 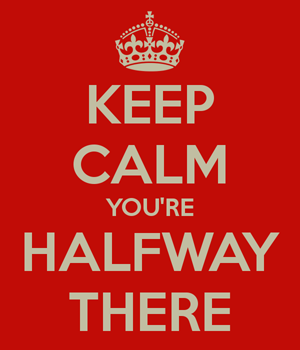 And when was it ever good manners to abuse someone who is perfectly within his rights when you are absolutely not?

The practise of casting right across a river crops up regularly on social media and numerous fishing forums usually with the perpetrators moaning a bucketful about folk turning up and choosing to fish directly opposite them. ‘It’s ungentlemanly,’ They say, ‘If it happened to me I’d have a word and if he didn’t move I’d go round and give him a good kicking.’, ‘I’d already put loads of bait in that cost me a fortune’, ‘I’d be casting straight at him with a heavy lead until he moved’, etc, etc, etc.

Frankly it’s a disgrace that the perpetrators are seemingly blind to. And then they’ll go on Facebook and have the audacity to talk about gentlemanly conduct. You honestly couldn’t make it up!

My favourite comment is, ‘Well, no-one ever fishes there, do they?’

Well of course they don’t, you idiot! It ain’t bloody safe to when dangerous missiles are being hurled across the river in that direction. 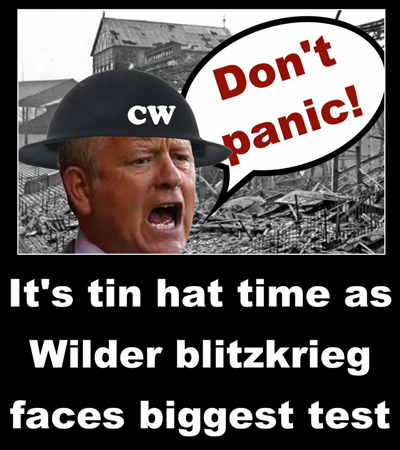 Sorry, but IF we wish to talk etiquette, gentlemanly conduct and moral behaviour then it’s time we had some official guidelines that reflect the law of the land and are encouraged by all. It’s all fine and dandy for the Barbel Society and the Angling Trust to promote a Safe Handling Code for the fish, how about some safety for the angler? How about they promote the law as it exists today. How about they take a stand against those who selfishly try to catch barbel from the far side of rivers where they know they are poaching and are deliberately making it difficult for sensible anglers to fish safely?

And then promote that message through clubs, through a media campaign and through their own memberships who ain’t exactly backwards at coming forwards when they have something to moan about. 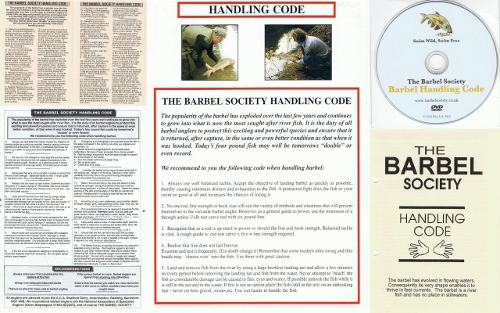 Failing that, let’s have the EA and Operation Traverse involved. Let’s have proper compliance with the law enforced and if you’re caught, you’re nicked. That’d resolve the problem.

To back up this piece I’m more than happy to highlight several examples of areas where I know for certain there is a recognised problem, several have been discussed openly on social media recently and indeed some are from my own personal experience. They are far from conclusive. It’s a common and growing problem that didn’t exist 30 years ago when both banks of the river were lined at weekends.

I’m sure Trent regulars will easily be able to add to this list and I’d welcome them to do so in the comments section below. What is most noticeable is that in all but one of the examples I’ve cited, the stretches where anglers insist on chucking the full width of the river are day ticket waters. Indeed I’ve never yet heard of a day ticket angler complaining about being subjected to such practises.

Anyway, let me close with a thought from a book I wrote almost 25 years ago called the Complete Book Of Legering. In the trouble-shooting section I showed the answer to trailing lines from tackle-strewn snags. Not that I’d encourage this but it is the ultimate solution to anyone who casts into your swim… 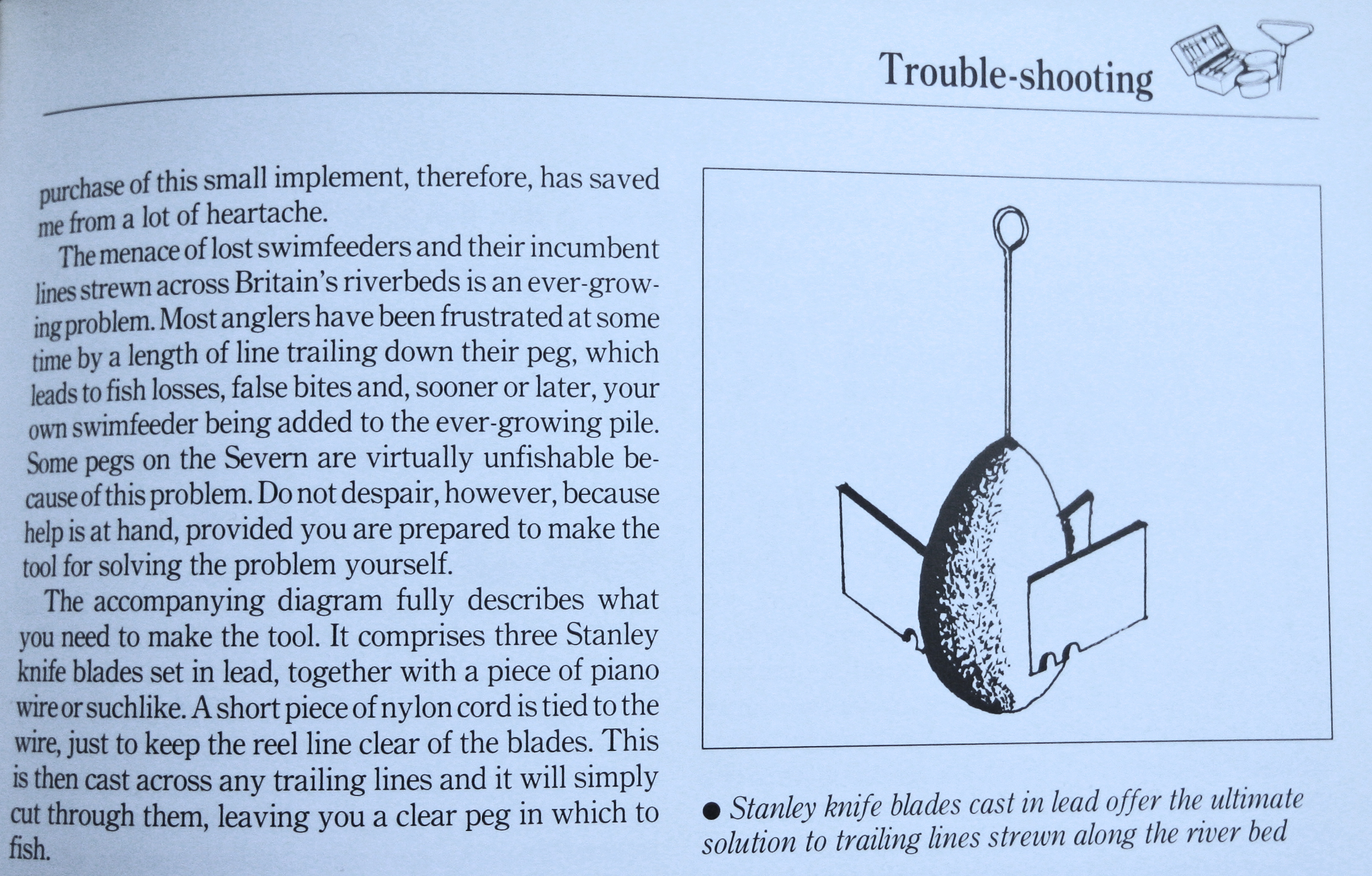 Works a treat. Your opponent will simply get a sudden drop-back and then wonder why the hell he’s cracked-off!