A LIFE FOR CARP by Peter Mohan is published by Fishing Book Sender. Edited and designed by Mike Starkey, the forward is by Roger Emmet. It has 200 pages, 255 x 175mm, in a limited edition of 500 hardback copies. Here’s an extract: 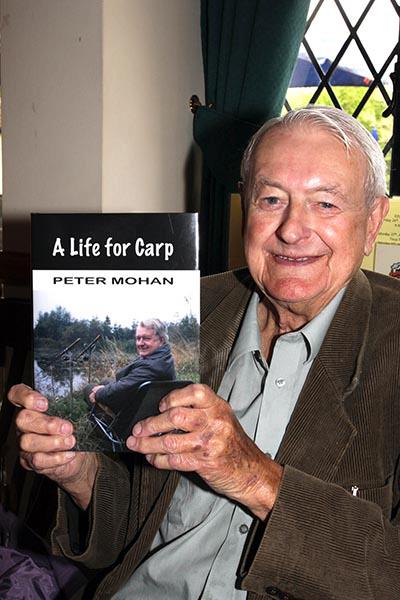 One incident which occurred there was to affect my fishing for life – an ‘old’ (to me), I suppose he was about forty, roach fisher used to fish in a gap in the lilies and duckweed, and rarely catch anything. One day I had stalked the whole length and caught about ten fish – only his area was left. Seeing a carp sucking, in the duckweed a few feet from his float, I asked him, in the usual cocky way of an eighteen year old, if I could catch it. 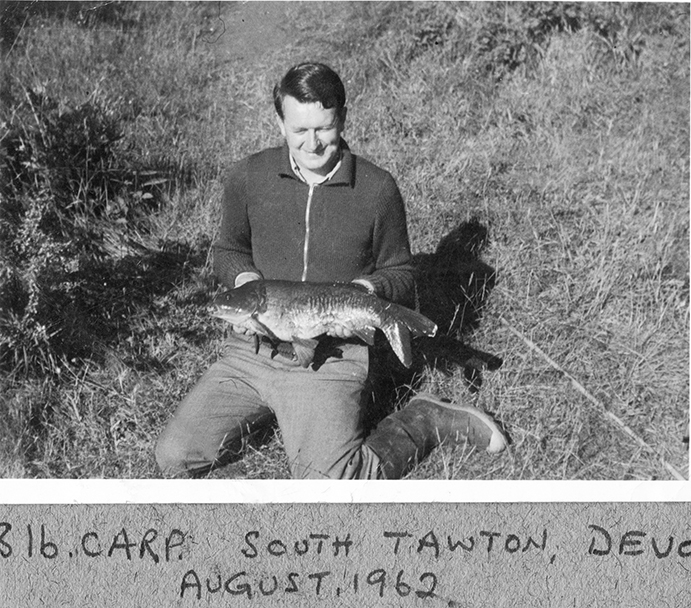 ‘Watch this, then’, I said even more cockily, and swung out my crust expertly two feet beyond the lips, pulled it accurately into position, the lips came out of the water searching for the crust, sucked it in and, as the line accelerated, I struck and landed my eleventh of the day, as I told the angler with great glee. He was suitably admiring and astonished; he questioned me closely, examined my tackle, and said he’d always wanted to catch a carp, and that he would try it next time. I saw him about twenty times after that; always he was float fishing with a single maggot, and I resolved then never to be like that angler; always I would learn from others, and put into practice what I had learnt, and so catch fish, and not just fish for them. 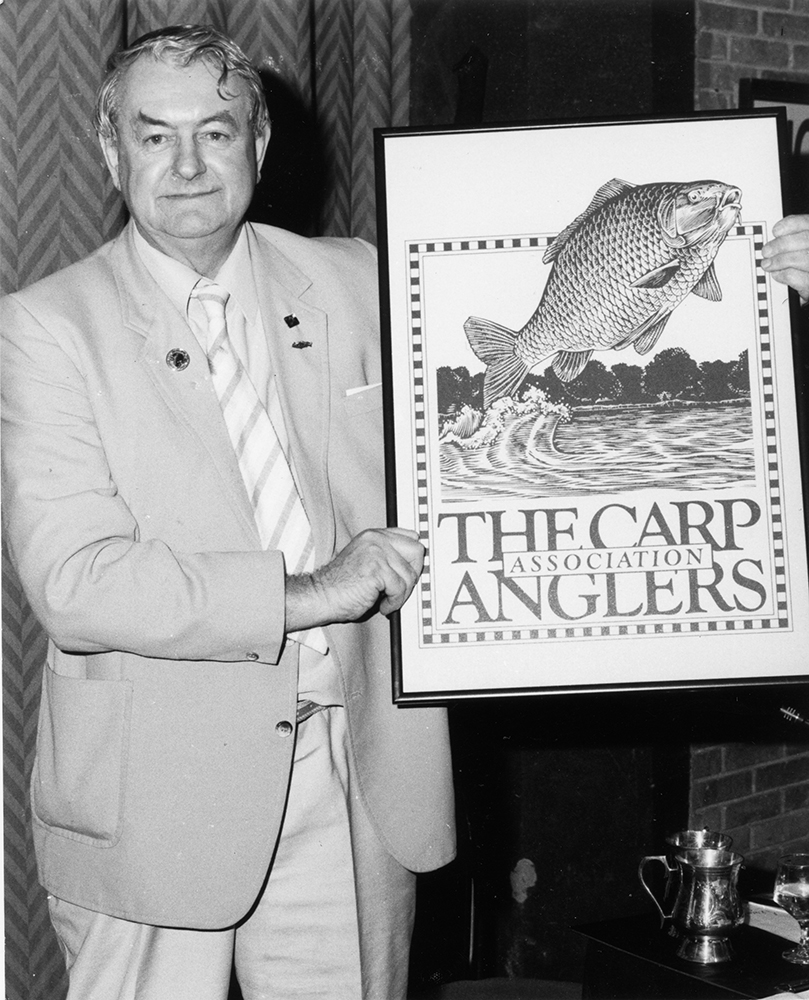 I had a motor bike by now – a Matchless 250 – so trips were easier and were frequent, though I still used the old greenheart fly rod, with a foot cut off the tip. How those commons fought on that light gear! I followed the eight pounder more than one hundred yards up the bank, and often went in for fish. At first I had no landing net and had to climb down the old lock gates, lift the fish out, and climb back up clutching the fish and rod in one hand – few people used landing nets in those days.

At sixteen I left school – in disgrace as usual! – and went to work on a market garden near Chichester. I didn’t want the job, but my father arranged it for me.

One day I was fishing opposite a converted Motor Torpedo Boat. I heard shouting, and saw a small man on deck. He was shouting at me, apparently accusing me of looking through a porthole with my binoculars and watching his wife in the bath! My binoculars were used to spot the carp in the duckweed but I wished I had thought of it before as I’d seen her on the boat and she was a very attractive, curvaceous lady. The owner obviously didn’t know anglers. I’d been concentrating only on my floating crust, and I told him so.   He was going to come round and punch my nose but he thought better of it. 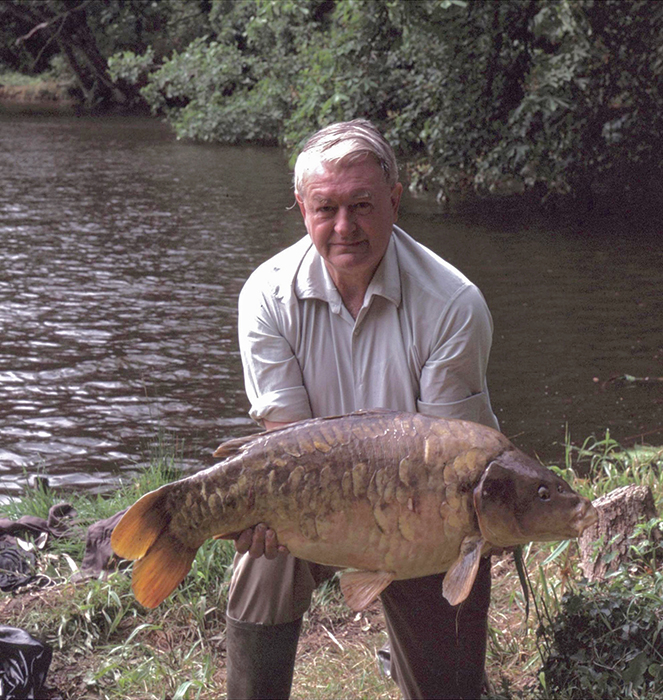 I was nearly eighteen, fit from two years of physical work on the market garden, and although I hadn’t had a fight in my life (and still haven’t, in my eighties) I knew I was in the right. He set off along the track to cross at the lock gates. I watched him carefully. After about twenty yards he slowed, shook his head, and turned back to the boat. I never saw him again, but I did diplomatically pick up my single rod and fishing bag and sidle away down the bank.

Although I avoided the MTB for a while, I fished opposite it many times after that. I never did find that bathroom porthole, though!

A Life For Carp is available from Fishing Booksender, price £32.95 including post and packaging.

One thought on “Book Extract: A Life For Carp by Peter Mohan”