If you get your angling information through the angling media you’ll probably never heard of Alan Rawden, but trust me, mention his name to any of the top specialists and they’ll know exactly who you mean. Alan has been a lifelong specialist angler who’s managed to avoid the limelight. He never craved fame. He just got on with the business of catching fish and keeping his head down, preferring to keep his captures close to his chest. Its only when you look down the chapter headings of the book you begin to realise he it was no accident he happened to be fishing some of the most significant waters in the country just at the right time. The TC Pit, Swithland, Sywell, Half Pit, the Wensum, Dorset Stour, Avon, Trent and so on.

Here for the first time he reveals the dedication and effort that went into his incredible catch list but just remember, it took him half a century to come up with this book. Don’t expect another any time soon. Buy one while you can but let me warn you, at 350 pages long and tipping the scales at a hefty 1.4Kg it’s no flimsy pamphlet, it’s a ‘proper’ book.

Do yourself a favour and read it. Then drop an email to rawden869@btinternet.com and buy a copy. If catching specimen fish is your thing you will not be disappointed, I can promise you that

The following is an extract from Chapter 25:

Nine months later I was back on the river shortly before Christmas, and although chub were the prime target I had begun spending some time fishing for the Stour perch, as over the years big perch had become quite widespread on much of the river, and there was an opportunity to cash in on what had become a welcome diversion. However, despite their apparent abundance, and not being too difficult to catch, I had, as usual, not fared too well. Big perch had become something of a bogey fish, and not unlike my perch fishing elsewhere my escapades on the Stour had started badly and faded.

One of the stretches I had been targeting for perch on the Stour had been the popular ‘flyover’ stretch near Wimborne. This particular stretch had produced a host of three pound plus perch to the whole world and his brother, and even though I had taken fish to around two pounds I continued fishing there with the hope that something bigger may succumb to my efforts.

I had been fishing there one morning in late January 2007, and with no takers to my lobworm offerings I moved downstream swim by swim hoping for a change in fortune. By late morning another blank looked a distinctly likely, and having more or less run out of swims I decided to carry on downstream to Canford weirpool where the prospects of a big ‘sergeant’ was always a possibility.

I fished the weirpool for well over an hour, and with no sign of perch I decided to have a go for the chub before I left. I changed my hook to a size four and cast out a lump of Trigga paste towards the centre of the pool. I then clipped on a bobbin and sat back to see what happened. I drank coffee and generally idled my way through the next hour without the merest hint of a twitch, and with a long walk back to my car I decided to pack up, but when I picked up my rod and began to wind in the rod hooped over; I had something on the end.

I played the fish carefully to the net where I could clearly see that was a decent chub. The fish was netted, and realising that it was well over six pounds I attempted to remove the hook. The problem was that the hook had disappeared, and with only my line on view my hook was well down its throat and out of sight. I prodded about with the forceps, but my attempts were all in vain and I had to cut the line as a last resort. I had been quite surprised by the somewhat bizarre capture and was even more astounded when a few minutes later the scales revealed a weight of 7lb 1oz, and despite all the luck involved I wasn’t really complaining. 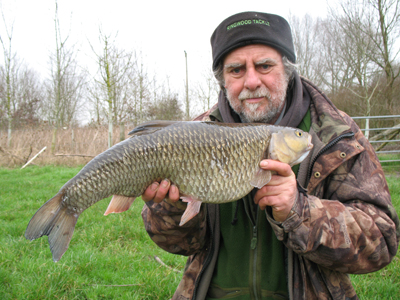 After the capture of that fish the chub seemed to come on the feed and any further thoughts of perch fishing were temporally sidelined as a succession of chub came to the net over the next few days. The incident of the deep-hooked chub lingered long in the memory, and although I had experienced similar sort of events in the past, I was quite unprepared for what was to follow. Over the next couple of weeks I had several bites on various stretches, where after apparently striking into fresh air I reeled in my tackle to find no hook. Initially I thought that I had broken on the strike, but with absolutely no resistance on the strike I had to conclude that I was actually being bitten off.

These experiences were not only most unwelcome, but were also becoming far too regular for comfort and the situation came to something of a head mid-way through February when I arrived on Beat 3 late one evening. I had been fishing elsewhere through the evening when I had the sudden impulse to move stretches. I had not actually intended to fish that particular stretch, but as it was nearer than any alternative, and the hour was getting late I somehow ended up there. In my first swim I immediately began to get bites on Trigga paste. The first four or five bites were missed, then I began to connect, but after landing a couple of fish of around five and a half pounds the activity gradually died away, and I was left with the prospects of either a move downstream, or packing up completely.

Time was pressing on and unsure of what to do I lingered in the swim for some time, but after having no indications for some time I decided to wind in and move downstream for the last hour. However, when I picked up my rod I found that I was attached to a weighty fish; the culprit was played to the net, where on seeing an enormous flank I was duly expecting the mother and father of all chub. On the bank the remarkable depth of the fish was revealed, but although the depth was incredible the length of the fish was little more than twenty inches, and unsure of the weight of this rather odd looking fish I was suitably pleased when the scales revealed a weight of exactly 7lb.

The hook had been out of sight, but with some luck I was able to remove it and another biteless big fish was duly added to my tally. A couple of evenings later I had another big chub of 7lb 4oz from Canford weirpool. This was a different fish to the one I had taken there a few weeks earlier, and although I did have a proper bite the fish was also deeply hooked, and removing the hook once again proved to be difficult. Although I had some very large slices of luck the chub fishing had on the whole been quite productive, and along with the sevens I had also come across a fair number of sixes and the possibility of further big fish before the season ended seemed likely. 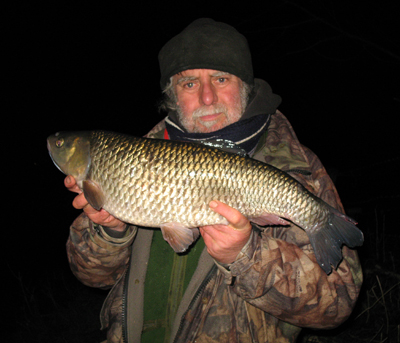 The productive spell duly continued well into March, and by this time I had begun to concentrate my efforts on the familiar haunts of the middle river, which often had a habit of producing the goods at the end of the season. With a little over a week to go before the final curtain I was working my way along the Canford School stretch in search of another lump. The mild weather had brought a few anglers out of hiding; Tim and Terry were filming on the far bank with Martin Bowler and not wanting to get involved in another Hollywood epic I kept a low profile. On my bank there were the usual crop of dog walkers and passers-by, and although the circumstances weren’t entirely conducive for serious fishing I plodded on disregarding the presence of others.

Working downstream I happened across a swim known as ‘Teapots Point’. Here I began to get lots of indications, and I sat tensely for well over an hour before receiving a hittable bite. I had somehow been expecting a smaller fish, but on connection a weighty resistance rapidly changed my mind, and after a couple of anxious minutes a large chub slid over the cord of the net. On the bank I instantly recognised the fish as the one that I had taken at 7lb 1oz from the weirpool at the end of January, however the fish had since filled out somewhat, and now weighed a very satisfactory 7lb 10oz. 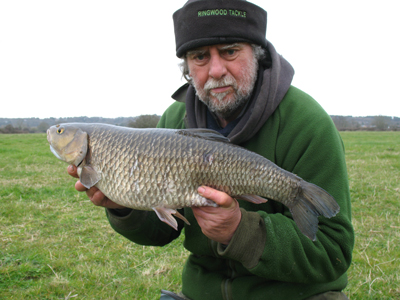 I sacked the fish and immediately phoned Terry who I had spotted on the far bank a few hours earlier. At the time his phone appeared to be switched off, so I walked downstream in an effort to find him. I walked some way down the stretch without any sign of either Terry, Tim or Martin, and becoming concerned about my unattended tackle and the sacked fish I returned to my swim. I took some self-portraits and had just returned the fish when Terry and a bloke with a camera appeared on the far bank enquiring if I had caught anything; I could have chucked him in.

The rest of the season ambled quietly to its finale, and despite an exceptionally successful season behind me the bankside talk of doom and gloom continued unabated, and although on paper four fish over seven pounds was an excellent result, these fish could well have been a dying breed and despite their welcome presence the future of chub fishing on the Stour looked as uncertain as ever. There was distinctly no doubt that the success of the success of the 2007/8 winter was tinged with more than an element of luck.

So another year passed and the 2008/9 winter came round with some apprehension, and completely bereft of the luck of the previous season possibly a more accurate illustration of the river’s potential may well have been represented itself. I caught lots of fish to 6lb 14oz and a 7lb 2oz fish from the Avon, but the bigger Stour chub rather predictably failed to materialise as they probably weren’t there in any numbers. It appeared that even though many stretches of the river could no longer boast a catalogue of fish in excess of seven pounds, it was still possible to winkle out the odd lump, and with other year classes coming through hopefully it wouldn’t take long for a ‘big six’ to become something very much bigger. 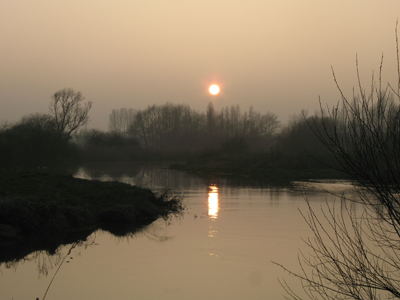