It’s no secret that I’ve been a fan of Brian Roberts’ Jack’s Pike cartoons for a while but until now they were only available on his excellent web site. With Christmas looming there’s no better time to release them in book format and what a great stocking filler this will make. I can see plenty of smiling anglers curling up on Christmas morning with a mince pie and something to warm the cockles while leafing through it. 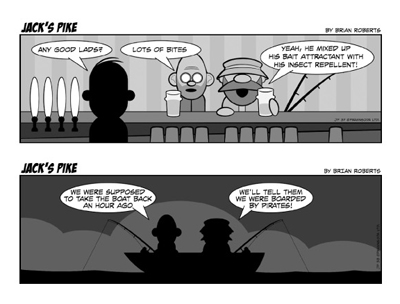 Jack loves a spot of pike fishing and spends an extraordinary amount of time on the river bank. You can follow his adventures in a one-to-four panel comic strip, meet his fishing partner Bob and long suffering wife Tracy while along the way you’ll bump into some some smart-arse bleak and find out what the pike think of his efforts… 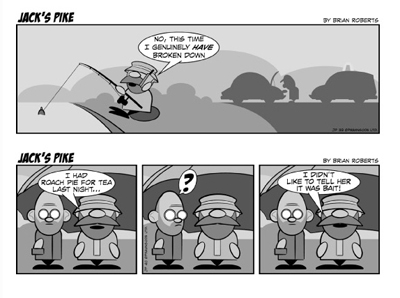 The inspiration for Jack’s Pike comes from the author’s own fishing experience, particularly on slow days, waiting for a run, not to mention the increasingly dumb conversations between his friends while trying to picture what the fish are doing below the surface. 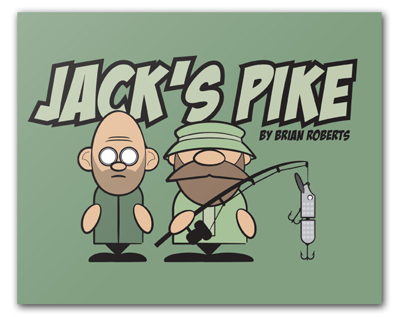 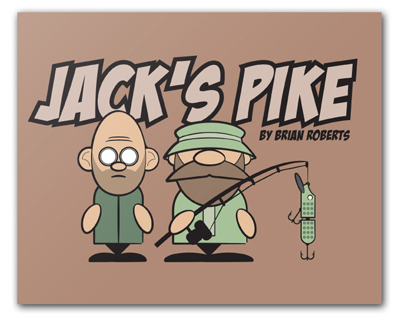 Books will be ordered on Monday and shipped to you in 3-5 business days to your address.

To give you a flavour of the book you can click on any of the following ‘toons to enlarge them:

Brian Roberts has fished for around 25 years and loves all types of coarse fishing but his real passion is fishing for pike, having chased after a River Wye thirty for over 20 years. He’s got close a few times but hasn’t cracked it yet. He currently lives in London spending his summers chasing Wandle barbel and his winters chasing that elusive Wye 30… 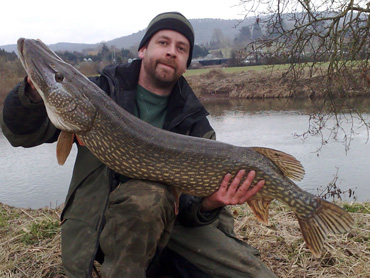 To fund his passion he works as a designer and illustrator. Brian worked for a number of design & advertising agencies before setting up his own company, Prawnsoda Ltd, in 2003. Prawnsoda specializes in design and illustration for DVDs, including Marvel, Arsenal FC, Postman Pat and ITV, among others.