I waited impatiently for this book to arrive. The previous Perchfishers book had been a classic. Could a new one live up to the same high standards set by the first? I needn’t have worried… 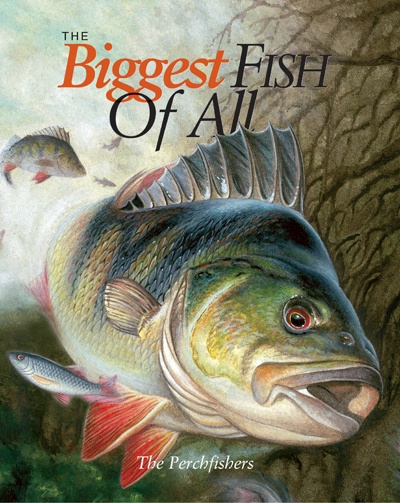 The first thing that struck me when I took delivery of the package was its weight. Someone had either slipped a brick in the box or this was a seriously weighty tome. Tearing open the wrapper to reveal the book set my pulse racing. The slip cover says it all really. John Searles’ painting of a marauding perch, lovingly encasing the real prize inside. I’ve comented on the production qualities of Stephen Harper’s books before and this maintains that fine standard with heavy, glossy paper, liberally illustrated on every one of its near-400 pages. It’s not a book, it’s a veritable encyclopaedia, packed to the gills with facts, details, explanations, where, how and who. It covers the lot.

At £35 it might seem expensive but stop a second and compare it with those books you happily paid twenty or £25 for. They’re barely half the size. Trust me, the cover price is not an indulgence, it’s a bargain. It’s a book that I feel certain you’ll treasure providing you’re fortunate enough to lay your hands on a copy. It’s very special, very special indeed…

The Perchfishers have kindly allowed me to publish a few short extracts so you can make up your own mind:

In much the same fashion that I once had reason to comment on the speedy passage of time in the introduction to the club’s first book, it now seems almost inconceivable that a further 20 years have slipped by following the landmark in our history that was attained on publication of The Book of the Perch in 1990. 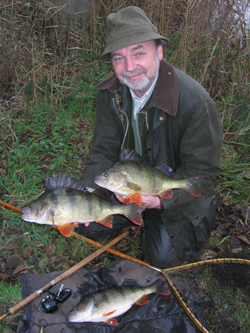 And yet the Perchfishers as an organisation has not stood still during this time. Far from it in fact, having undergone many changes in shape and composition during the intervening period. Gratifyingly however, the club has succeeded in remaining true to its original aims of acting as a vehicle to promote perch angling generally and, more particularly, seeking a better understanding of perch that grow to specimen size. Indeed on that latter point, when a question was recently posed by members enquiring whether the group might not create another volume to better reflect specialist perch fishing techniques of the 21st century, a unanimous vote in favour of the same was readily received and the die for this book was cast.

Thereafter, plans were rapidly formulated to bring the work to print and after much hard work by the editorial team and all of those members contributing material for inclusion within its covers, the fruits of these combined labours has finally been realised. As ever, comparisons are odious but somewhat inevitable. Fortunately however this new work is more than capable of standing on its own merits and I am wholly confident that The Biggest Fish of All will receive universal acclaim for being a quite excellent piece of work as well as a worthy successor to the club’s original volume. Indeed, I would suggest that in many areas it admirably complements the first book and, as with The Book of the Perch when it was initially received, the depth of knowledge and information conveyed in these writings will undoubtedly serve to inspire perch enthusiasts anew.

In conclusion I am also especially pleased to see that the title chosen for this book stems directly from the pen of the late Richard Walker who also loved the species. How apposite in a time when specimen perch have never before been more numerous or bigger, that his influence continues to resonate and cast a welcome shadow over the angling endeavours of our club.

Big perch can be most frustrating. On one hand they are caught by the most casual, or even inexperienced, of anglers in a most simply innocuous manner. 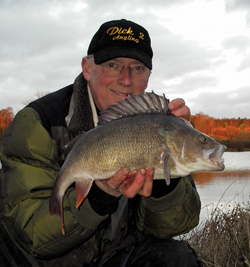 Conversely they occupy the labours and thoughts of the most resolute, die-hard of anglers who spend painstaking hours in pursuit of the ‘biggest fish of all’. It seems that to catch a truly monstrous perch, one has to either be somewhat lucky or have almost infinite opportunity and few limitations. However, fortunately there is hope for the rest of us. Richard Chandaman demonstrates within the following pages that with good planning, preliminary thought and prior preparation on a carefully selected venue the odds can be stacked more in the perch angler’s favour.

The chapter delves into venue selection, information gathering techniques and the associated groundwork necessary to ensure that the big perch angler can maximise opportunity. Information has been gathered from a variety of reliable sources, mainly from within the group, and has been meticulously compiled in an impeccable manner by the chapter’s writer.

There is something special about big river perch. The fascination of running water combined with the need for watercraft to decide upon swims; indeed the sheer variety of different swims to try in your day on the bank all add up to a most pleasurable experience that for some cannot be equalled. Whilst the River Thames and the River Great Ouse along with the Claydon Brook in Buckinghamshire have been justifiably rated as top watercourses and have been fished by many a keen angler for their specimen perch, other rivers are producing impressive perch too. In this chapter five Perchfishers members tell of their favourite rivers and how to get the best from them. While you could not expect an ‘X marks the spot’ most freely give advice on accessibility to various stretches to explore.

To most perch anglers lure fishing is something of an occasional method to deploy; often to while away an hour or two when faced with inactivity from bait fishing. While this approach will no doubt enable the perch angler some measure of success it really does nothing to demonstrate just how effective a more committed, even front-line, specialised method of catching big perch with lures can actually be. Fortunately there are several anglers amongst the ranks of Perchfisher members who lure fish for big perch by selective preference, and do so with considerable success, and in this chapter they divulge all. 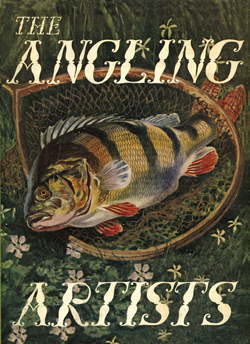 There can be little dispute that the perch is a most strikingly beautiful fish. With its broad striped flanks, defiant dorsal fin and alert eye together with such beautiful colouration it has enriched many an anglers day with its remarkable presence. The attractive perch has also been the subject of many angling artists’ finest work and this unique, most exquisite chapter looks at these inspirational works of art, together with each artist’s career background and short narratives of why the perch is such a fascinating fish to spend time angling for. An awesome, atmospheric chapter!

List Of Contributors To ‘The Biggest Fish Of All’

Copies of The Biggest Fish Of All can be ordered direct from the publisher’s web site, email: harper.co@talk21.com, telephone: 01362 683 568

You will find more details about the Perchfishers at the group’s new website.