Too Many Rods – Derek Stritton

“Too Many Rods” is the book Derek Stritton has said he always wanted to write and charts his fishing over a fifty year period. It also records at first hand some of the major developments in carp fishing during the 1970’s and 80’s, including both the boilie and the ‘hair rig’. He fished on a regular basis with Fred Wilton creator of the HNV boilies in the 1970’s and also interviewed Kevin Maddocks, credited with being co inventor of the hair rig, for membership of the British Carp Study Group in the late 1970’s. 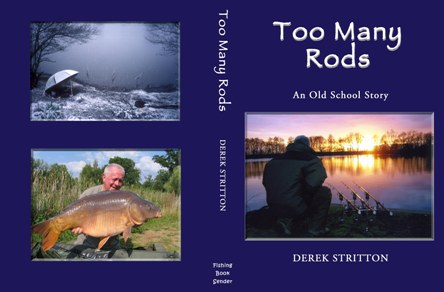 The book also charts Derek’s efforts to land a first thirty pound carp and the many places he visited and people he met whilst trying to achieve this.

Most of all, it includes many stories of a humorous nature that he has recorded for you to enjoy, as it is these he believes stay in his memory long after the size of the fish he last caught.

You cannot be around carp fishing for as long as Derek has been without having a view about of how it has developed over the years and in this area he not been backward in expressing his views if at times controversial.

This is not your usual ‘went here, caught that’ type of book that so many people write these days, or ‘this is how I tie my rigs’, but instead it charts how fishing and carp fishing in particular has interacted with Derek’s life over some half century.

I can still recall my role in obtaining ingredients for the bait and the problems it caused me at the time. We were trying to obtain a supply of a number of essential oils to use as flavour / label sources, but were finding this quite difficult. Fred found a company in London who imported the oils but they wouldn’t supply him without a company name or proper order form. In the end we came up with a cock-and-bull idea that I would order them via the school where I was working at the time. I recall persuading the School Secretary to phone the company and place the order for me. She was scared stiff in case the Head found out, and even more scared when the price was quoted to her for the amounts we required. Well we got there in the end and my bank account was emptied as a result! Some of those oils were remarkably good labels despite the fact that half of them were stolen from my Mini van before we could even share them out properly. By this time we were beginning to bait and fish at Little Grange in Essex. which we’d heard about from our friend the late Martin Gay. I’d arranged to meet Fred and Bob for a Friday night session and took some of the oils with me. Not wanting to carry them to the lake I left them in my van covered up in the back. In the morning both Fred’s car and my van had been broken into and the oils were gone. Not long after we noticed an Essex angler who had been visiting Darenth and had been very interested in what we were doing, began to have improved catches of carp on what we believed, was an attractor found in the back of my van. That said, we never proved it, so I’d better leave it there. 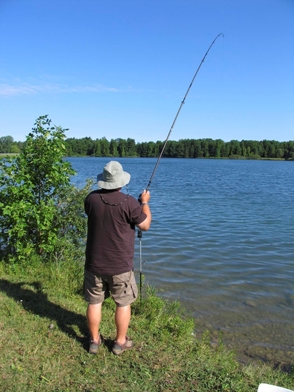 In those days other anglers would get up to all sorts of tricks to try to find out what you were using in your bait. I can even remember one guy who was always asking to borrow my small torch because he knew I kept it in my bait box for baiting up at night. He would always say his battery had run out, but everyone said he spent far more time smelling and tasting my torch than he ever did switching it on! In the end I started playing games with the guy, and putting my torch into all sorts of unpleasant smelling things, as you do!

Fred is without doubt a brilliant thinker. He read lots and seemed like a mine of information on all sorts of things. I can remember apart from lengthy telephone conversations about all things carpy, we also used to exchange letters regularly. Despite my background in education, spelling was never a great strength and in those pre-PC days with no spell checker, Fred used to take great glee to pointing out to me my spelling errors. He has a memory like an elephant and when I met him in 2010 after a gap of many years, one of the first things he reminded me of was my poor spelling! Not only that, he had an absolutely excellent sense of humour and was forever poking fun at anyone he fished with, or shared a bank side conversation. 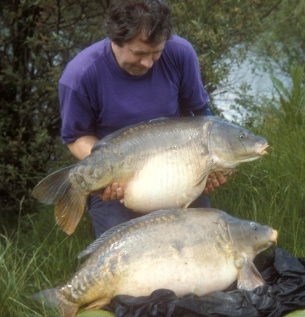 The following story probably serves to illustrate this better than any thing I could explain.

We were all fishing together on Darenth Big Lake one evening when Robin Monday had a fast take. As soon as the fish was hooked it tore off up one side of the long island with Robin back-winding as fast as he could. Unable to keep up with the fish Rob’s line parted like a piece of cotton, with him cursing about having lost what he perceived to be a very big fish.

A couple of days later we were all back again, slightly more spread out than on the previous visit, when Fred wandered into Rob’s swim. He explained that he had been thinking about the fish Rob had lost and had developed a theory to calculate the size of fish that were lost. Rob enquired how this could be and Fred launched into the following: “You work out how far did you raise the rod, how far the fish ran, how long did you have it on for and what angle was the rod at when the line parted and multiply by two and a quarter,” said Fred with some assurance. “You’re joking,” said Rob, but Fred assured him otherwise. “OK then, so how big was the fish I lost,” enquired Rob. “Seventeen pounds ten ounces,” announced Fred.

“How can you be so certain?” Rob asked.

“Because I’ve just caught it,” said Fred “and it’s still got your hook link in it’s mouth!”

Too Many Rods will be launching at the Carp Society Show, Sandown on The 26th November when Derek Stritton Derek and Mike Starkey will both be there to sign copies or you can pre-order from the web site. Published by Fishing Booksender, hardback copies are £29.95 plus £5 P&P. Leathers are £185 plus £10 P&P (Special delivery)