It’s not every day you find you’re the ‘star’ – I use that word guardedly, of the best part of a whole hours worth of video that was presumably, at some point, shown on an obscure digital TV channel (I’m guessing Men and Motors but could be wrong).

The Great British Channel celebrates all that’s good about being British, so obviously I’m part of it! 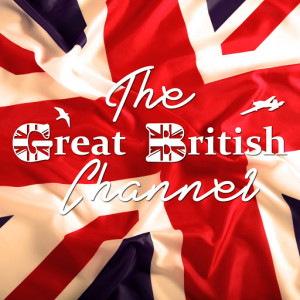 The amazing thing is I didn’t even realise this existed and as I write I’ve not even watched it myself!

It’s taken from some old video footage I shot with Liam Dale many, many years ago. No-one had really seen the method feeder used (boy, did that go down well in Poland) and I’m also catching loads and loads of small barbel on the Trent in an era when they were fairly rare, although you’ll appreciate from what I caught that day was what kicked off the whole barbel revolution.

Originally the idea was that I’d fish to a script and film without speaking to camera before voicing it over afterwards. That way Liam could dub it into all manner of foreign languages and make his fortune (rather than mine!). Either way, I’ve no regrets.

Have to say it was great fun working with Liam (and Sue – who was absolutely gorgeous) although he’s suffered with his demons since. Hopefully he’s back on track again now.

Dig around on the GBC Youtube channel and you’ll find films made with Tom Pickering, Will Raison, Bob Nudd, Des Taylor, Rob Hughes and more besides.