Happy New Year folks, I hope you enjoy a great 2009 and that all your fishy dreams come true.

The New Year is a time for making resolutions and my first one is to give the old Internet warriors a wide berth. There are some real sad types who haunt the angling forums hell bent on winding folk up, causing trouble and generally behaving badly. There was a time when you could have a sensible debate on the forums but alas that’s no longer the case.

You know I even get them posting messages on this site, or sending me private emails full of insults and abuse. Only the other day I had one calling me a loser and a tosser, but even the brain dead have the right to express their sad opinions in this country… 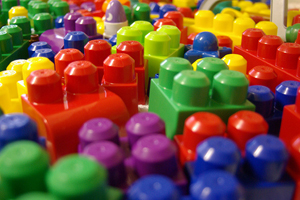 When asked why he hid behind a pseudonym one of them answered, ‘It’s not a pseudonym, it’s a sobriquet’. That’s a big word for a knuckle dragger methinks.

Okay, whatever gets your rocks off mate! Just do me a favour and go away, will you? Life is too short to waste any more time on futile spats with your ilk.

Frankly I feel for the average Joe type of angler who regards the Internet as a potential resource for finding information. How fantastic if he or she could use them without the fear of being pilloried by the crass and undignified few. Hence the number of ‘lurkers’ on forums far outweighs the number of posters.

My second resolution is to get out on the bank more in the final weeks of the season. Since giving up the day job I have to be honest and admit that it’s a taken a while to adjust to the lack of pressure, to actually realise I can fish whenever I want to. Indeed that I should take full advantage of the opportunity.

The downside is that you end up fishing on your own most of the time, which I quite enjoy if I’m being honest, because all your mates are at work. What I must do though is fish more of my local waters for short sessions. When I look around there are lots of lakes, canals and rivers that hardly see an angler but there must be a few pike kicking around in them. Perhaps I’ll dig out the lure rods again and start covering a bit of ground.

Something that’s not a resolution but needs my immediate attention is the upcoming talks I’ll be giving to the Barbel Catchers and the Barbel Society. Okay they aren’t until April and May but they are going to need a lot of work because they will all be film based. They’ll be very different talks in as much as they will be entirely different lengths. I also want to make one very child friendly whereas the other might require an 18 certificate to cover the bloopers, outtakes, humour and swearing. Each will require me to spend days trawling through the raw footage we filmed over the past year as practically all of it will be unused stuff and then it will need editing in much the same way as our DVDs.

One word of warning, certain sections of these presentations will be set to rocking soundtracks so if that’s not to your taste please, please give them a miss rather than moaning afterwards – you have been warned!

We’re (well Stuart is…!) cracking on with the editing of Barbel Days And Ways Volume Two and it is looking fantastic, even though I do say so myself. We’ve agonised over this one, mainly because we’ve tried to take on board all the constructive feedback we’ve been given. The music will probably be toned down this time but there’s no pleasing everyone where music is concerned.

We’ve also decided to include far more underwater footage and some of this is quite revealing about how rigs work, how barbel find food and how they eat it. However, one man’s interpretation can vary significantly to another so even when we release the stuff it will cause a great deal of debate.

When we pulled together the first volume we deliberately held back on the amount of underwater footage we included, simply because we would have been accused of copying Guy and Stu’s films – which would have been a million miles from the truth, but try and telling that to the ‘warriors’. Having shown our credentials we believe it’s now time to up the bar a bit. May’s release will determine whether we’ve achieved that goal. With the links to film, voice-overs to record, a soundtrack to dub, titles and so on, there’s a whole lot more work to do before we can actually say it’s finished. 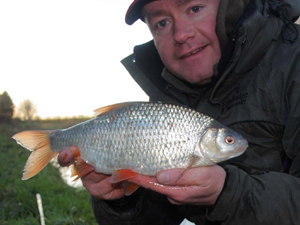 You know, I’ve not managed to get out on the bank over Christmas but my regular travelling partner, Matt Brown has. He’s been catching a few nice roach despite complaining that the fishing has been really tough. Well, I can cope with tough when the rewards are there and his endeavours have been rewarded with a number of cracking fish over the 1-8 mark. Now if you’re yanking ‘em out on bolt rigs from secret Oxfordshire pits then fish of that size might be seen as a nuisance but from a tiny river that is not much wider than a stream in places I reckon they’re proper Christmas crackers.

Monday the 29th dawned and I woke good and early but couldn’t get the thought out of my head that there was something I had to do today. It was great to have the house to ourselves at last and take a break from feeding the hoards that have descended on us over the past week. At last, a day when I would only need to cook for two.

And then the penny dropped. I’d been asked to help out with some TV programme or other by Daiwa. That was it, a pilot for Setanta Sports. Hang on, where did I put the producer’s number. I was supposed to phone him now I come to think about it.

Aghhhhh!!! The number didn’t connect. Turned out I’d been given a wrong number – only one digit wrong, a seven instead of a one but it might as well have been all eleven wrong. Eventually I was able to track the guy down:

“What time do you kick off?”

“Err, just need to have a quick shower and I’ll be with you in no time.” I lied.

“That’s okay Bob, just get here when you can. There’ll be a coffee waiting.”

I was in the shower for such a short time I hardly got wet. A quick shave, skip breakfast and throw on a few clothes. The shoot was held in the Fishing Republic tackle shop in Doncaster and could I hell as like find the place. I knew ‘where’ it was but not exactly where. Talk about hiding your light under a bushel. 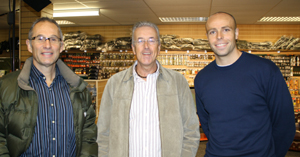 Anyway, ignoring the fact that I managed to wreck a tyre as I raced around the trading estate, I strolled into the shop with as much nonchalance as I could muster to be greeted by the producer and crew, Dean Macey, Nigel Botherway, Jamie Masson and Kerry Hopkins, who was co-hosting this pilot with Dean.

It’s called ‘The Casting Couch’ and it’s not a million miles away from the format of Soccer AM. Sort of a knock-about show with guests, humour, novice challenges and so on. By all accounts Setanta Sports are keen to have their own angling show.

I’d never actually met Dean Macey before but he really is a sound guy. I’m sure we’ll fish together in the near future as he’s dead keen to come up and try a few of the Northern rivers. Nigel’s an old mate. He was the secretary of the Angling Writers Association before I took on the job back in 2003 and despite much talk we’ve never yet managed to get it together on the bank. Perhaps this summer I will. 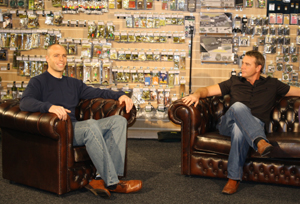 Nigel’s off to Argentina in the next couple of weeks. Be interesting to hear how he gets on. He also asked if I’d mind him giving me a call when he’s next hosting Talksport’s Fishermans Blues towards the end of the month and do a guest spot on the show. Again, that will be really nice.

You know, when you actually get to know these people they really are nice. I can say that from my personal relationships with John Wilson, Matt Hayes, Des Taylor and countless others. Folk on the forums are quick to criticise them at every opportunity but they simply don’t have a clue what they’re like when they’re out of the public glare.

I’ve stayed at the homes of many of the country’s leading anglers and they are fabulous company, generous and kind. But all the ‘warriors’ can see is an inane laugh or a crooked tooth.

It was nice to wrap up and have a walk round Worsborough Reservoir today. You know there wasn’t a single angler on the whole place. What is it with Barnsley and District waters? Mind you, I don’t blame anyone for not fishing on a day like this one – grey skies, low cloud and temperatures not rising much above freezing, not to mention a lazy breeze that would cut straight through anyone who was wearing anything less than the very best thermals. 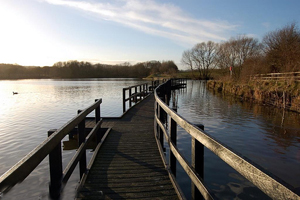 I had to smile as I walked down the right hand bank looking up from the dam where the hideous looking walkway and platforms have been constructed. Perched on a pole sticking out from the water is a sign giving out a telephone number for the Samaritans. I once received the battering of my life on these pegs from Coarse Fisherman magazine owner Simon Roff, who in those days fished for Barnsley Blacks, and a pretty accomplished bream angler. It was summer, the middle of a heatwave, flat calm, and we’d drawn these shallow pegs. At the off Simon balled it in. I took it easy and loose fed with just a small amount of soft ground bait. Half way through the match I’d had around 14lb of skimmers and roach on caster while Simon was tearing his hair out. He couldn’t buy a bite.

And then a wind sprung up from no-where. A light breeze at first and then a nice ripple, blowing right into our faces. I didn’t flinch when Simon caught his first skimmer, or the second, but when he started getting one a bung I was stuffed. I needed to feed, and feed pretty heavily at that but he had his bed of groundbait right where he wanted it.

I balled it in but by then it was too late. My fish backed off, his kept coming and what had looked an easy win for me at the half way mark turned into a disaster as Simon cruised ahead of me. At the whistle I had thirty-odd pounds while Simon won the match with 40-odd. A lesson learned but I’m certain that had the wind not got up I’d have battered him. My mistake was in not gambling at the first sign of the ripple coming on but we can all be wise after the event.

Oh well. They were happy days.