As near as I can recall I first met Len Gurd in 1991 when I became involved in promoting the Carp Fever videos he’d made with Kevin Maddocks. At the time Kevin was at the peak of his popularity having written the biggest selling angling book since The Compleat Angler. He was a huge star. 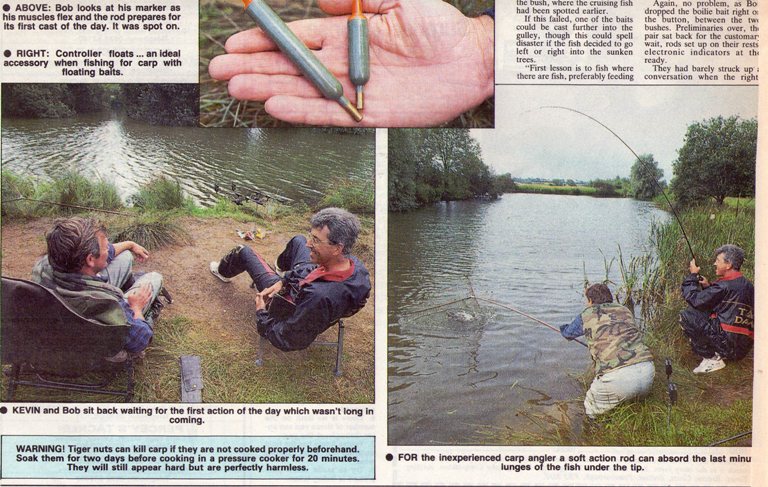 Len opened the door, arranging for Kevin to coach me on carp fishing at the Linear Fisheries Great Linford site while I in return would coach him on pole fishing down at Withy Pool. The two trips featured as double page spreads in Angling Times.

Later that same year Len introduced me to Zyg Gregorek: ‘Why don’t you come down to Devon and meet him, I need to do some filming and you can do the fishing.’ Little did I know what I was letting myself in for. Dear me we drank some stuff! 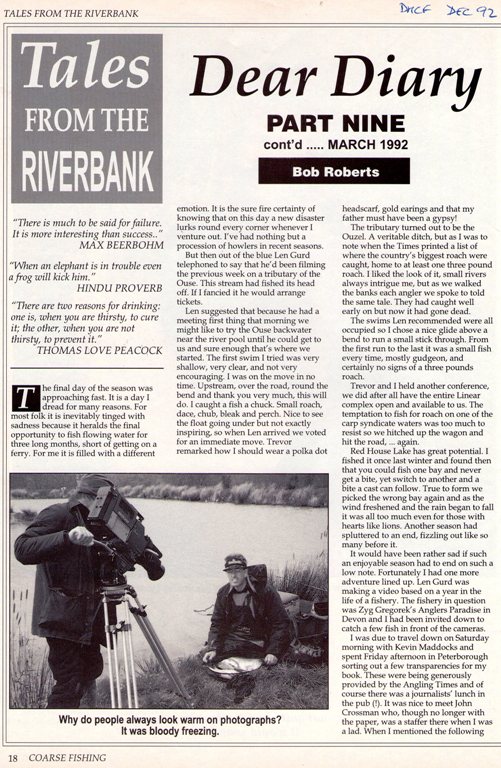 Len then invited me to make a couple of videos for his Original Video Company. It would have been rude not to, but frankly they were a disaster, mostly because I was never really comfortable in front of a camera in those days. Hearing Len say ‘Rannin…’ along with a quick thumbs up turned me from confident angler into a quivering jelly. I was hopeless. But Len always provided bucket loads of encouragement.

We filmed several sequences at Great Linford together and it was there that Len suggested a friend of his might drop by later, one of the bailiffs. ‘Have you heard of him? He’s going to be big, you know!’

Sure enough, that same afternoon a tyre salesman in a caramel jacket, big specs and for all the world looking like Cliff Richard’s long lost love child ambled down the bank.

Yes, this was my first introduction to Matt Hayes. And no, I’d never heard of him before! 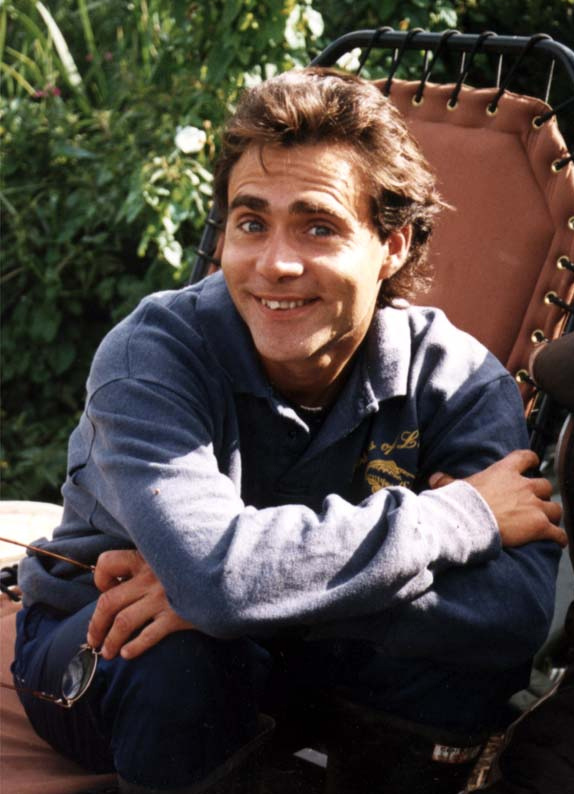 Needless to say we did get on, so much so that within 24 hours I had vacated my digs at Mill Farm (Yes, that Mill Farm on the Great Ouse) and was ensconced in Matt’s spare bedroom rubbing along famously with Matt, Christine and the kids.

Matt, Len and I went on to work together on several projects. I introduced Matt to the Angling Times (he always wanted to write for the Mail) while Len launched him onto our TV screens. Len was the man behind the camera on all those early Matt Hayes series thereafter repeated endlessly on Sky and various other digital channels. Where it not for Len Gurd then Matt Hayes would have found progress up the greasy pole a whole lot harder to come by and that’s nothing against Matt, simply an example of Len’s massive influence.

Through Len I attended a barbecue at Great Linford hosted by Fred J Taylor, met Chris Tarrant and countless other ‘celebrities’. He gave me access to the whole complex whenever I chose to visit, which I often did thanks to the enduring hospitality of Matt.

I was staying with Matt when I landed (at the time) the third biggest barbel ever from the Ouse. Len came away from his grandson’s birthday party and took the pictures that later graced the front cover of Angling Times… 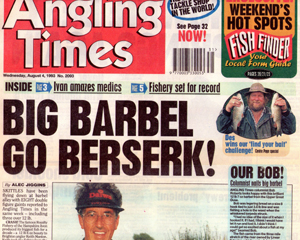 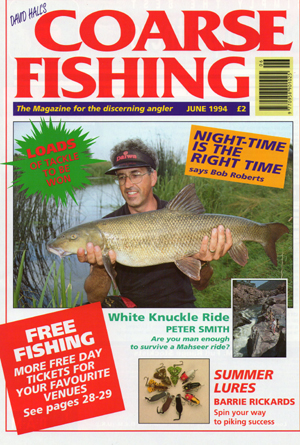 It was around this time that Len took over a group of lakes near Oxford that he planned to turn into the finest carp fishery in England. Of course I was given access – if only it hadn’t been so far away! It was on an early tench trip there, with Matt, that I accidentally caught the biggest carp on the complex, Popeye.

I look back on those adventures now and realise just how fortunate I was to be fishing a complex with such incredible potential where you rarely saw another angler. For all those opportunities I have Len to thank.

But you know how it is, you get busy, he get’s busy and you gradually drift apart. It’s the story of my life really, but we continued to bump into each other occasionally at shows and more often than not, parties at Anglers Paradise.

Len was a man of many skills beyond film making and being a visionary fishery manager/ creator. He was a talented artist and he knew how to handle a fishing rod, after all he’d witness at close quarters the very best in action through his camera lens on countless occasions. 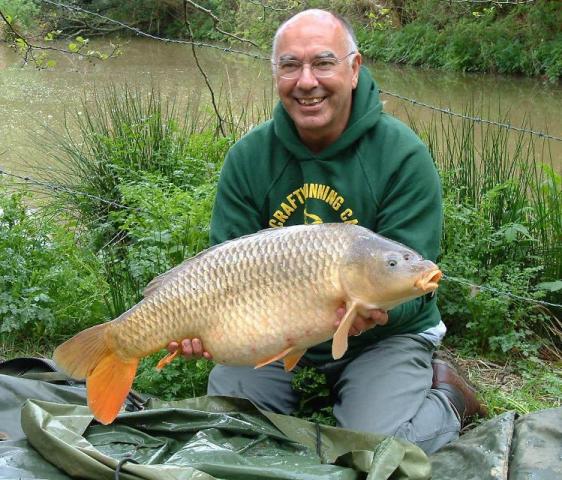 The last time we met was at Anglers Paradise where I photographed him with a 20lb common, caught on a float from the margins from just inside the gate to Ziggy’s boat house using a borrowed cane rod.

I knew he wasn’t well from the updates Zyg shared but you always think there’s next week, next month, next year… I missed him by a day last year when I returned to Linear for the first time in ages and that leaves me with a slight feeling of guilt, but in the end I’m probably fortunate in that I will always remember him as the man he was, in his prime. Strong, dedicated and generous. RIP old friend. Thanks for everything you did for me along the way.