In 2003 The Little Egret Press published a limited hardback edition of The Life and Times of Bill Quinlan by Bob Buteux. The book sold out very quickly and has become one of the most sought after titles that LEP have published. Even now some 12 years later they still get asked for copies. Rather than disappoint those customers who want to read this book they decided to do something about it. 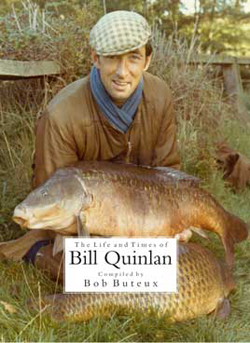 LEP has reprinted the book in a new paperback edition, making it available to those who have unable to obtain the original hardback. Featuring a full colour cover, rescanned photographs and the entire text from the original 1st edition, contributors include Rod Hutchinson, Len Arbery, Kevin Clifford, Ron Barnett, Dave Short, Ron Chant and Roy Pinnock.

This book is available direct from L-E-P in the following editions:

Here’s an extract from the foreword by Bob Buteux:

Looking back when fishing with so many fine anglers in the 1960’s I didn’t realise the significance of it all, being too engrossed in my fishing to see that the friends alongside me were becoming the greats of the angling world.

The likes of Jack Hilton, Frank Guttfield, Bill Keal, Len Arbery and Pete Frost, all members of the famed Herts Chiltern Specimen Group, were to write books on the subject in later years, some of them to become classics. 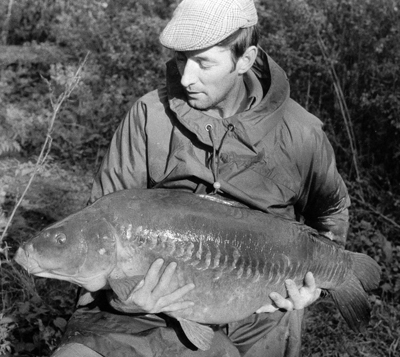 One such angler, too modest to write, was Bill Quinlan. It wasn’t that he hadn’t the ability, for few of us had telephones at that time, so to contact each other was down to a chance visit or a letter. The letters that Bill wrote to me then were the wittiest and most amusing I have ever received; how I wish I had them now. 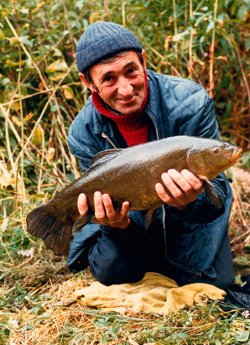 But having said that I do have a notebook of his in which he wrote his observations on the Southill tench we spent so much time on in the sixties. They were written for the benefit of the group members who were also Fishing there, and as you will see they are included within these pages as he wrote them.

I have asked some of his friends to add to this tribute to Bill by recalling some memories from the past. As you read on his expertise will become evident from those he associated with at Southill Park, The Royalty Fishery, Redmire Pool and various other waters that he fished.