Would we ‘pile in it ‘ in…Or treat them mean?

(Not forgetting it is still rather cold at night)

An Article By: LEE SWORDS

Every once in a while my old mate Swordsey comes up with an article that even he realises will never grace the pages of one of our more conservative angling newspapers or magazines, but like all ‘real’ writers he has a fire that burns within and a desire to see his works in the public domain. He has passions, feelings, and opinions that can only be doused by having his rightful say. And there’s nowt wrong with that. We are a nation that practises free speech. It’s our constitutional right. And I’d sooner stand four-square with a reactionary madman that a wimpy follower of the latest PC mantra. So what if Lee disagrees with the closed season! That’s his opinion and I’ll defend his right to say so. In fact I’m happy to go a step further and provide him with a platform to share his views with the whole world. You tell ’em Lee!!!! 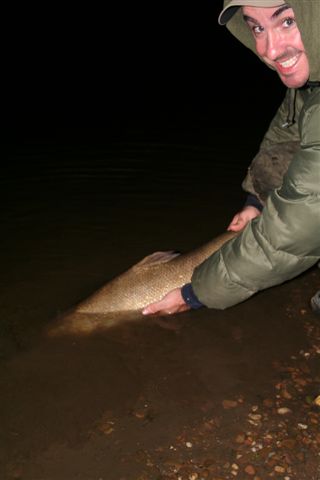 Well, we are now well into the closed season and the weather is warming up nicely. Barbel will be on the move and feeding very well by now, gaining precious ounces by the day. But unfortunately for us we cannot fish for them. No. We are pathetic sheep and we follow a redundant piece of antediluvian legislation set down in the days before the days of yore!

We could all be bagging up big time if we were not quite so gullible and easily swayed to the selfish and narrow minded wishes of long dead politicians and hen-pecked spineless angling icons that use the closed season as a window in which they can paint, paper, erect and rebuild everything around the house just to gain a few measly brownie points with ‘her indoors’.

The closed season is nothing more than a disgracefully self indulgent three month ritual of badly done DIY and stomach churning displays of good husbandry just so that our weak-willed leaders may at some point in the future humbly seek permission from ‘she who must be obeyed’ to enjoy a few well earned trips out on a summer evening. Pathetic examples of modern men!

Real men do not do DIY, real men pick up the yellow pages and get a skilled tradesman in to do the job properly, that is why they are called tradesmen and ignoring this simple fact is the reason that Accident and Emergency departments all over the country are full to the brim with part-time fishermen that got injured doing things that they are not trained to do… Injuries that will effect their entire fishing season, sometimes permanently!

Three or 4 months is a nice rest in anyone’s books isn’t it? 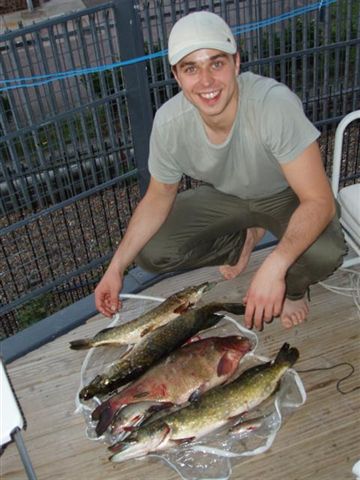 Or are we staying away so the otters can get some peace and quiet and we don’t snag Ylber, Bashkim or Edlir’s crude long lines and fyke nets?

The entire concept of the closed season is nothing short of insanity if you ask me!

The first time I actually met a group of pro-closed season anglers I thought that they were all Hindus with bright red tilaks stamped on their foreheads, it wasn’t until later I discovered that those marks were actually their wives thumbprint’s!

Anyway, I alone cannot end the closed season. But if enough of us stand up and shout about it, you never know, eventually we may get a change in the law…

That is if the wives of those supposed ‘men’ concerned in changing the offending law actually let them out to vote.

You never know the wives of these so called “men of power” may decide that they want their husbands to stay in and watch Coronation Street or Strictly Come Dancing whilst drinking Earl Grey tea instead.

Don’t they remember those wedding vows that their wives made all those years ago? 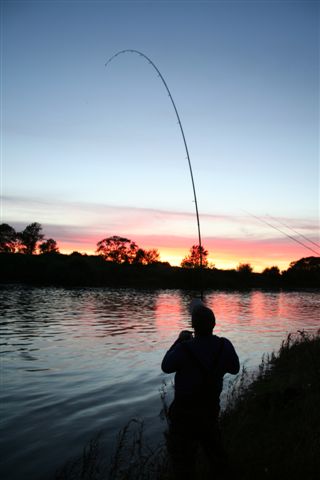 Men do not need brownie points to go fishing. No, they only need enough guts to stand up and simply say, “Woman… I am going fishing!… I want a bath running and my tea on the table a week next Tuesday!”

Do this with assured authority and she will be forced to obey!

So, all-in-all this March till June DIY window is a poor show boys, a damned poor show!

Anyway, dead Parliamentarians, weak-willed leaders, hen-pecked husbands and antiquated legislation aside, if we were actually allowed to go out and play like grown-ups how would we be best to approach these fish?

Or treat them to a bit of Ramadan style rationing?

Depending upon whom you listen to, what type of fishing they employ and where they are based you will receive two totally different approaches to a successful session. I myself am of the former school of thought. I like to pile in something for them to detect and look through, hopefully triggering a frenzy of feeding activity that will draw in fish from far and wide. 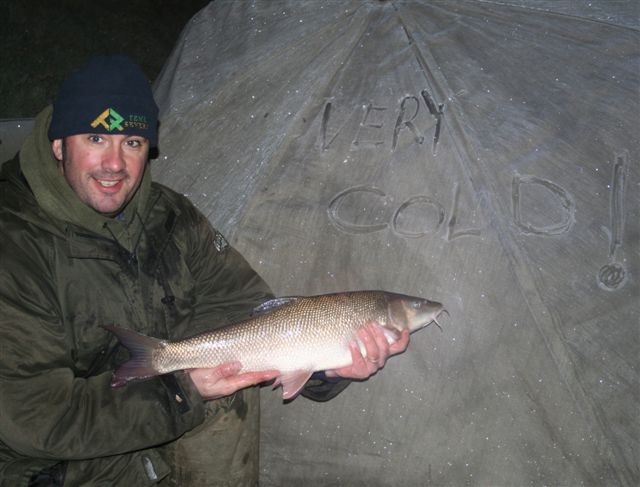 And there is the difference.

It was in the very cold months of 2008, with this problem in mind, I set about working on a different way to attack rivers during the cold winter months. 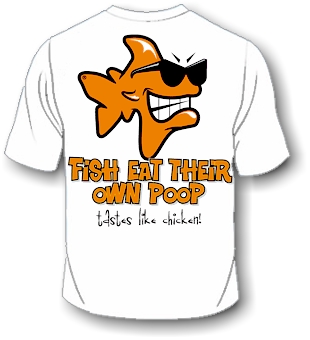 You see, there is a third option available to us and one that is very common amongst canal type anglers fishing rock-hard venues and that option is to introduce a lot of ‘stuff’ with almost no food value whatsoever; things like leam, superfine bread crumbs and dried pigeon bob-bar! Yes, that’s right…pigeon poo!

Seriously, what type of twisted mind came up with that idea – balling it in with ‘baby’s heads’ made up of reconstituted pigeon droppings?

No, I do not care how good it is, that is just plain wrong!… And don’t give me any of that malarkey about enzymes, pre-digested proteins and excreted seed oils…

It is just wrong! Coprophagia is not nice and is not something I wish to promote even in fish!

Handling reconstituted animal waste was therefore low on my agenda therefore I needed to do some hardcore research on suitable alternatives, remembering the old adage of adopt, adapt and improve I brewed myself a nice cup of Kopi Luwak brand coffee (which for anyone interested is the most expensive type coffee in the world…No idea why… But my kitchen brigade bought it for me as a Christmas present in 2007 …They must love me!) and went into my fishing Library with mug in hand to do a bit of further reading up on the meagre meals involved in canal style approaches. 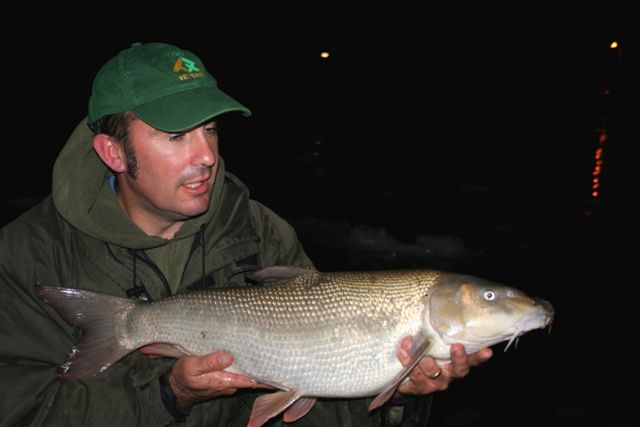 After downing several more cups of extremely smooth coffee I was buzzing like a Rampant Rabbit on overdrive and had finished reading a couple of chapters on pigeon droppings and such likes.

I decided that eating my sandwiches with hands caked in bird plop was something I wouldn’t need to do if I wanted to stay in touch with the fish when the water temperatures dropped through the floor.

And it has worked a treat! 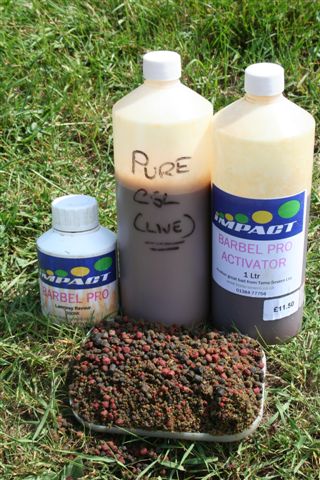 Now I know what it says in the books but big bronzed barbel are not the microscopically delicate creatures involved in ‘cut fishing’ so I haven’t needed to sieve it or do anything fancy to it at all except add a handful of Teme-Severn mini-mix micro pellets and a very generous glug of Teme-Severn barbel activator and Corn steeping liquor.

It has been that simple…And I didn’t blank once!

What I really like about molehill is that it is everywhere…And it is free! Simply choose a nice moist looking hill that has been freshly extruded by the busy little worm killer below.

So think about it for the 2010/11 winter, when everything has slowed down to a crawl. Yes, you will get a few odd looks as you collect the piles of soil from the flood bank but later in the day you will more than likely get a few envious glances from the very same blokes as you slip the net under something rather nice!

And I personally would rather think about what I am going to do in the future and devise a cunning plan to deal with it, which to the unthinking observer may mean that I could possibly look like a complete idiot… But I would be an idiot with a fish in the net rather than a than a so called expert sitting out a blank…

“Be the squirrel… command the bird table…take the peanut!”

3 thoughts on “Unleash The Dogs…”