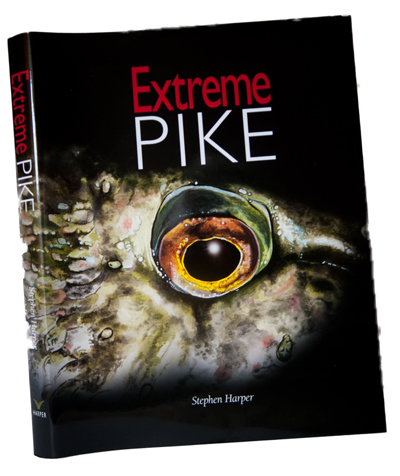 Following on from the very successful ‘Dream Pike’ of 2010, ‘Extreme Pike’ by Stephen Harper, reveals another terrific collection of new and previously unpublished stories of very big pike, each in excess of 30 pounds, several in excess of 40 pounds, captured by a wide cross-section of anglers; some famous, some not so well-known.From waters across the length and breadth of the British Isles, as diverse as pits, lakes, reservoirs, trout waters, rivers, broads, meres, fens, drains, loughs and lochs;these stories are entertaining, educational, informative, revealing, funny, sad, shocking, riveting, and often, simply inspirational.They prove that with enthusiasm and determination, ‘Extreme Pike’ can be located and captured just about anywhere… Stephen Harper has pursued most of the freshwater species of fish found in Britain, but he has always enjoyed a special affinity with the awesome and enigmatic pike. He was a founder member of the original Pike Society, and The Pike Anglers’ Club.This, his sixth book, was preceded by ‘Angling Afloat’, 1989, ‘A Line on the Water’, 1991, ‘Broadland Pike’, 1998, ‘The Pike of Broadland’, 2007, and ‘Dream Pike’, 2010.The contributors to ‘Extreme Pike’ are an amazingly varied cross-section of anglers and from within their stories can be found a vast wealth of knowledge and expertise that will help all who aspire to pursue the capture of their own elusive ‘extreme’ pike. These captors have been bold enough to push the boundaries, to get out there and to work hard to make it happen. Perhaps some have been lucky or fortunate, but the reader will appreciate that the vast majority were most certainly determined, efficient, persistent, dedicated, and very good at what they do best – catching big pike. 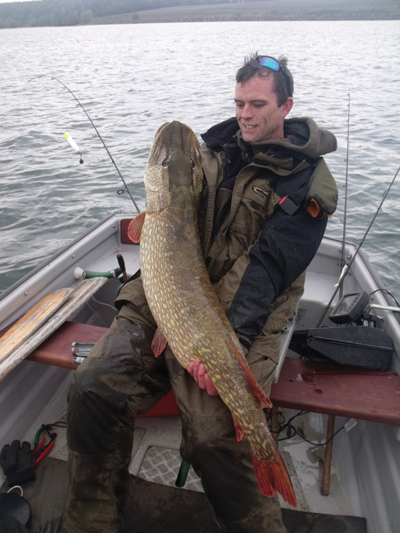 Stephen Harper writes in his introduction…In September 2010, Dream Pike was published, receiving some very positive reviews. The leather-bound copies sold out before publication, followed by the 800 cloth-bound copies, and since then the question of a second volume has often been asked. ‘Last Cast’, the final chapter of Dream Pike, ended with the words: “So I hope you have been entertained and inspired by this anthology of big pike tales, and perhaps in the future there may be other stories of other ‘dream pike’ to once again entertain. And to inspire…”And so it is time for those other stories to be told, of the captures of more very special pike, and within the following pages you will find those promised big pike tales. But what makes an ‘extreme’ or a ‘dream’ pike? The criterion is the same as before – a pike of thirty-pounds-plus; a huge fish beyond the realms of everyday possibility; rare creatures that do not grace the nets of even the most proficient and keenest of pike anglers on a regular basis. These big fish are usually the highlights of an angling career and are often referred to as ‘the fish of a lifetime’, but they are not so rare as you might think. With the application of much time, effort, determination, skill and knowledge, (even on days when you know that perhaps your time will be unproductive), plus a reasonable helping of luck occasionally, the capture of such a fish is certainly within the realms of possibility for any pike angler in the UK. Just imagine the amazing feeling as you draw the fish of a lifetime, with shaking hands, over the cord of the landing net, to finally achieve that ‘Holy Grail’ of pike fishing. 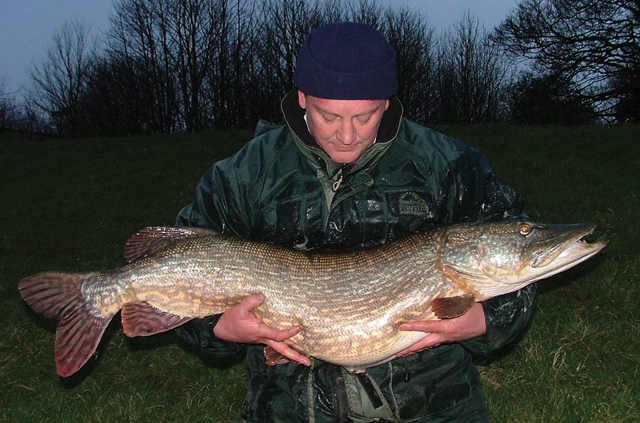 However, the hairline between success and failure can be a very capricious affair, often hinging on one tiny decision that might seem inconsequential at the time. This was illustrated to me in 2012 with the capture of my largest pike since the publication of Dream Pike in 2010; an impressive Broadland beast of 29 lbs 10 ozs that just missed the ‘extreme’ weight of 30 pounds by a mere six ounces; perhaps I should have left the large deadbait inside those huge jaws… My son Oliver had been adamant that we should try one particular swim, even though the wind was making that area of the broad almost unfishable. I had another more comfortable spot in mind and was looking forward to my bacon sandwich and tea under the cuddy, in the lee of the reeds; but in angling, a hunch can never be ignored and the decision was made – fish both our chosen swims, Oliver’s first. So after attaching the storm anchor to our 25-pound mudweight at the bow, we ventured into the white-caps. It was definitely not comfortable to fish from the rocking boat; we even cast out our baits as we knelt on the deck, but the only run in that swim was not long in coming…On this occasion I was VERY happy as to what this huge pike had weighed; having never captured a 29-pounder before, it was the last slot to be filled, although this is a weight that I have heard some can catch on demand…So success can be very fickle. However, as illustrated by the following accounts, with determination and perseverance, it can be achieved. As with Dream Pike, the stories that follow are previously unpublished accounts. You might be aware of the captures of some of these big fish, but in Extreme Pike, their stories are, to the best of my knowledge, told in full for the first time. Within these stories, we are again shown the often very wide differences between the captors, their methods, their thinking, and the huge range of waters that are fished. These new accounts reinforce the important point that you don’t have to be famous, or even an expert, to catch the fish of a lifetime. Many of the authors are very experienced, having captured many big pike, written innumerable articles, and even books on the subject; but many others are less well-known, and for some this is the first time that they have put pen to paper to record their most memorable capture of their ‘fish of a lifetime’. Once again we have a very interesting and diverse collection of big pike tales that are inspiring and aspirational, and even a couple that link to stories from the first volume. These stories are again sometimes unexpected and unusual, but always informative, treating us to an enthralling and revealing insight into how these anglers achieved their ultimate pike-fishing goal – stories as diverse as a 60-day vigil for a Grafham 30, a 33-pounder from a tiny feeder stream, a bank-caught Chew monster of 42 pounds, a 30 on a fly, and a 33 on an artificial mouse, and many more, including the story of Fred Buller’s largest pike…Stephen Harper, Foulsham, Norfolk. May, 2014 ‘Extreme Pike’ is published by Harper Fine Angling Books in a limited edition (800 copies only) cloth bound edition with dust jacket priced £33 plus £6 P&P. It contains many fantastic images within its 204 pages. The book is 245 x 190 mm and full colour throughout. Leather bound copies are also available, along with a special collector’s double slipcase edition, with matching ‘Dream Pike’ hardback low numbers – limited to 12 copies only. Full details can be found at  www.harperanglingbooks.co.uk