Following on from Part One, follow the exploits of a much younger Bob back in 1992 as he shares time on the bank with Kevin Maddocks, catches a record fish, helps Roger Mortimer to win the John Smiths Angling Festival Team Championships at Evesham and also gets some sound advice from Ken Giles.

Those were the days… 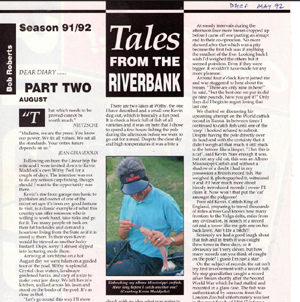 If you’d like to read the article as it appeared in the June 1992 edition of David Hall’s Coarse Fishing just click on the PDF below then click the full screen tab after which you can resize it to whatever you like using the zoom buttons: