Fellow Don Valley Specimen Group member, Lee Swords entertains us with another epic tale as he and Mike Townsend head south to go-a-plundering stillwaters in search of specimen crucian carp …

In Search Of Gold 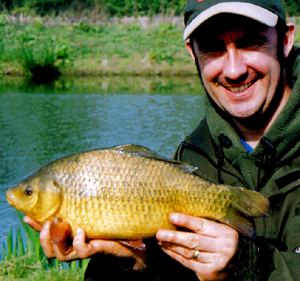 By 2.30 am the car was fully loaded and well on its way towards the nearest junction of the M1 motorway and from there the beginning of the long journey south. The mood within the car was upbeat and optimistic as the weather was mild and settled and had been for more than a week. It was therefore about that time of year again to go chasing ‘southern gold’.

For anyone that hasn’t caught a very large crucian carp…and by that I mean anything over 2lb’s, it is actually difficult to understand the degree of beauty the fish is capable of and when I say crucian carp I mean a full blooded non-tampered with genetically pure fish and not one of the fairground prizes that are stuffed into muddy versions of a hook-a-duck…or should that be hook-a-chuck? 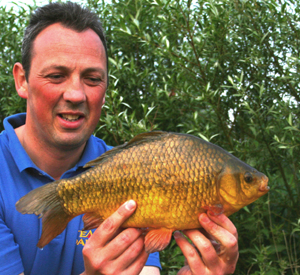 A pure-blood crucian can make a claim on being the most attractive fish in our waters with only rudd being a possible threat to that title. They truly are a stunning fish.

For anyone that has possibly dropped off the planet, Marsh farm is and has been for the last few years ‘THE ‘ place to be if you really, absolutely, positively and with a loaded gun to your head need to break the 3lb Crucian barrier. The place is stuffed with them and even though they are by nature a very shy biting and finicky fish to get to feed and hook…they are far from impossible if you follow a few simple rules.

The rules are simple and few. 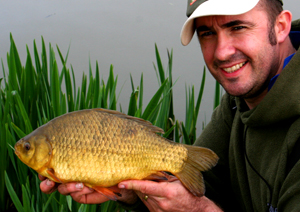 This one is easy as Crucian carp love to roll! And they cannot be mistaken for anything else. Just as porpoising barbel do away with a huge percentage of watercraft needed to find them on the Trent so do belly flopping Crucian carp on Marsh farm

I fished at the bottom of the shelf at dead depth just beyond the marginal weed. The swim screamed Crucian carp….They love to feed in the edges and will come to within a few feet of the bank, which means that Mikes long rod (22 foot) and my poles top 6 are about right for fishing “under the tip”

There is no point in fishing “carp” style for these fish as they simply will not have it, not on a regular basis anyway! Keep it fine and light. I used a 0.9 mainline with a .3g fine bristle pole float with a size 18 barbless wide gape hook that held one hooking pellet perfectly. 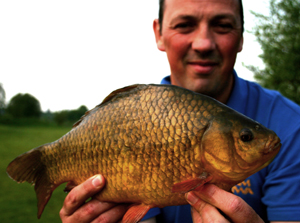 There is little point in balling in massive amounts of loose feed. A brace of tangerine sized balls of swim stim loaded with 1mm pellet is ample to kick start a swim. Then simply feed to bites.

Once hooked the fish bump around in circles doggedly but with no real drama involved. The drama is when you land them….They are breathtakingly stunning to look at!

Three hours after leaving Gods own country the northern raiding party was pulling away from the M25 which had thankfully behaved itself for once and were heading towards the final destination of “Mash farm”. 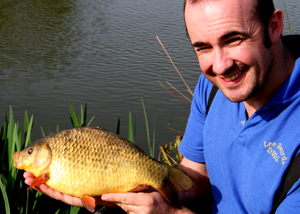 By 6am the first fish was on the bank and it was quickly followed by more as Mike landed a steady procession of biggish tench to 5lb 8oz, nice fish but the emerald hued slimy locomotives were unwelcome visitors to the bank as it was gold we were after today!

Luckily however the Tench couldn’t entirely monopolise the feed and eventually the Crucian carp arrived to have an early brunch/late breakfast. Mike struck first with a fish of 3lb on the nose then I had one at 3lb 6oz.

By the end of the day we had between us a bag of Crucian carp worthy of anyone’s Pb list and we retired home happy anglers with our mission completed. 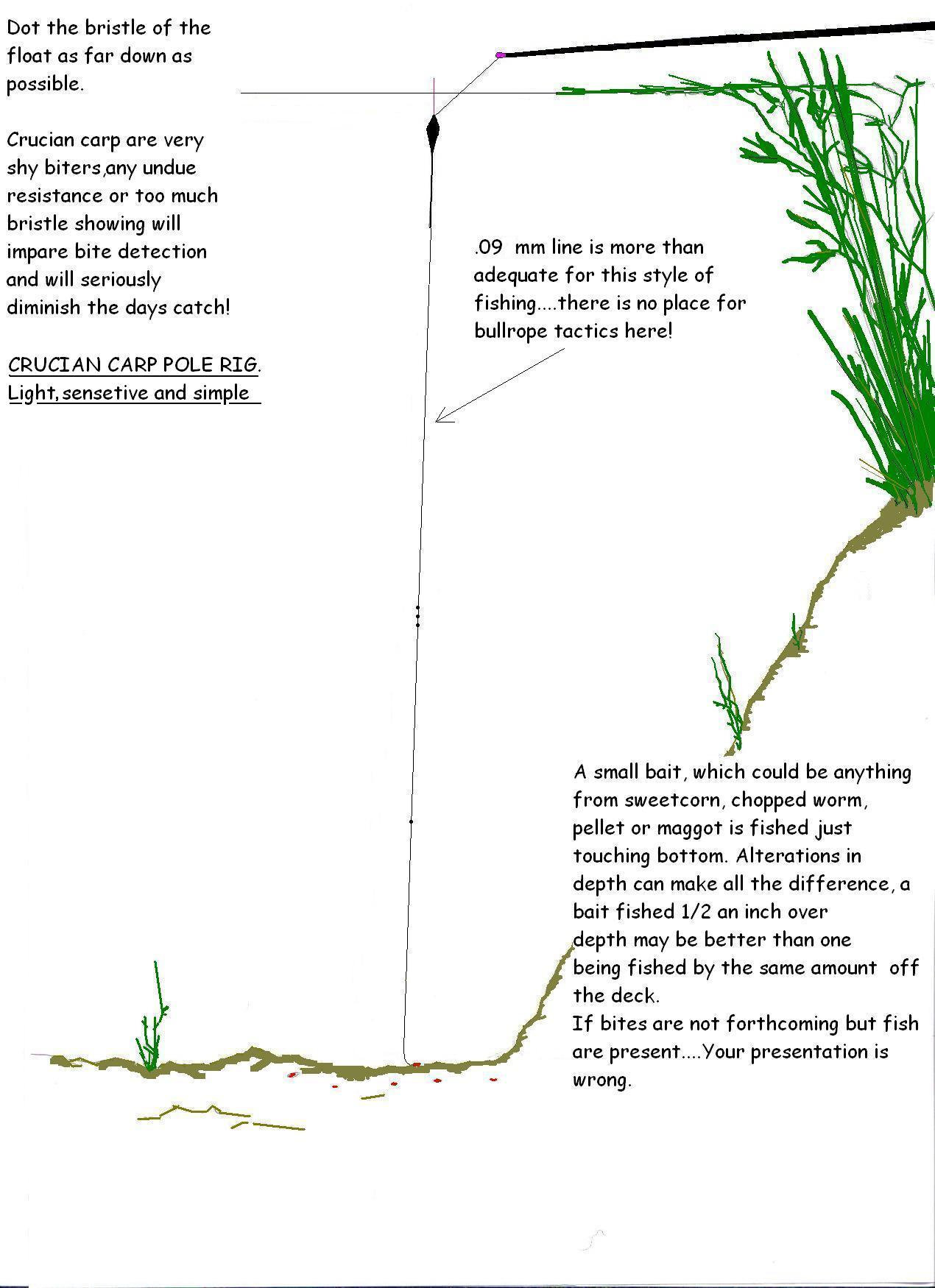