I am not a Liverpool supporter, nor do I support Everton, though my father was born and raised in Liverpool. It is only by sheer good fortune that I can say with great pride that I was conceived, born and raised in Yorkshire. I’m Yorkshire through and through, even though I have every right to be (if only half) Scouse.

I make this point because I, like thousands, possibly millions of others will be feeling a sense of outrage and empathy over the inquest findings into  the Hillsborough disaster although nothing in the report came as a surprise to me and I’d like to share with you why.

Two years earlier I went to Hillsborough with my wife to watch Sheffield Wednesday play Liverpool in a Division One game. We stood in Pen 3 at the Leppings Lane end of the ground as they filled up prior to kick off. Gradually we grew nervous for our own safety. It was already overcrowded and fans were still streaming in. We decided to get out.

Hmmm. Easier said than done. We pushed against the flow of the incoming tide and it was practically impossible to make any headway. My wife was on the verge of hysterics but eventually we made it through and saw out the game from in front of the Police Box at the west end of the South Stand.

That day I genuinely believe I recognised this was an accident waiting to happen, although never in my wildest dreams could I envisage the scale that ultimately materialised. Of course I did nothing. Maybe that’s why, on the fateful day of the disaster I sat in my back garden and cried. I was tuned into the radio expecting to hear the BBC match commentary while working on the garden pond I was constructing.

As reports came in my heart sank. It felt as though I was there and that I somehow bore a responsibility for the events. I had indeed discussed my fears with work colleagues expressing our terror of two years earlier. By now the unfurling tragedy was being broadcast live on BBC TV. It was proving far worse than anything in my worst nightmare. 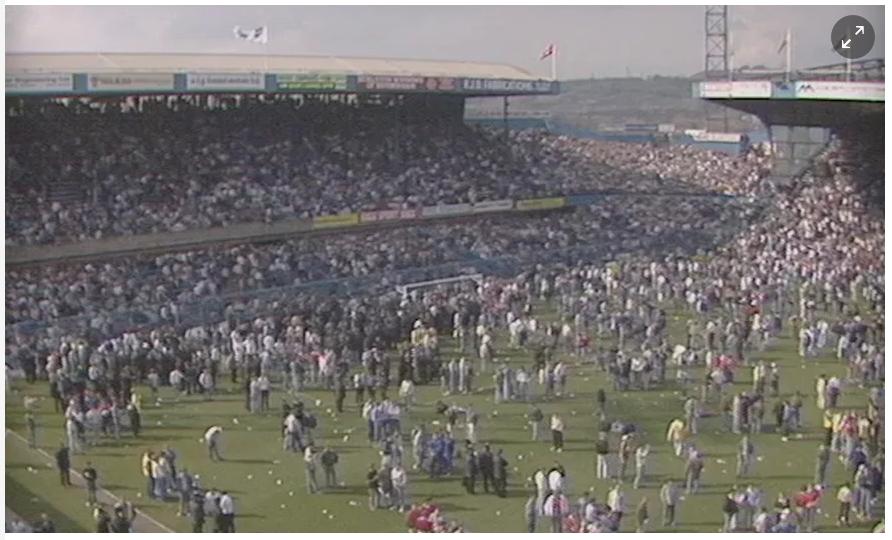 As we now know, 96 people died and the police tried to lay blame on the fans. In my heart I prayed that one day the truth would be told and this contemptible lie would be exposed as a pack of lies.

Why? Because I’d been there, I understood the ground layout, I knew how the fans were corralled and herded before each game. I had first hand experience. Right from day one I just knew they were innocent.

You see I attended numerous games at Hillsborough around that time. I was definitely not a Wednesday fan (except on the day Jack Whittham scored 4 goals in a classic 5-4 win over Manchester United). I simply went along to watch the star names of the day playing for teams like Man U, Liverpool, Everton, Arsenal and Spurs.

Remember, my own team, Doncaster Rovers was basically crap, and there was no Sky TV in those days. If you genuinely wanted to watch star names you went to the games. Fortunately Donny’s home games, Like Tranmere’s, were often played on Friday evenings leaving Saturdays free.

But I digress. Let’s examine the process of how away fans were herded into Hillsborough at that time.

Coaches were met by police as they exited the M1 north of Sheffield. They were then escorted down the A61 and held up around half a mile from the ground. Fans had to stay with the coaches until the police, on foot, on motorbikes, on horses and with dogs, marched them down, en-masse, to the Leppings Lane end.

For a normal game this created a crush and a  subsequent rush to get through the turnstiles. For a cup semi final when the away following more than quadrupled, you can imagine the chaos. Fans didn’t arrive late because ‘they were drinking in the pubs’. They arrived when the police took them there.

There were insufficient turnstiles to process the fans expediently. The start of the game should have been delayed.

The fans did not force the gates open. The senior policeman in charge gave the order to open it causing a tidal wave of excited fans to rush through, by now aware the game had already kicked off.

Ground Design. Gate C faces the central tunnel that takes fans beneath the Leppings Lane Stand into the already overcrowded pens where the disaster occurred. It is not immediately obvious that there are in fact three entrances to the terrace, one to the left of the stand, one to the right and the infamous central tunnel. 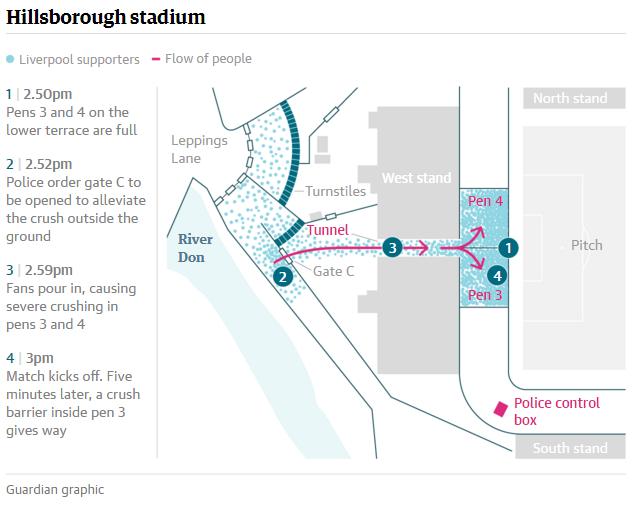 The tunnel slopes downwards and this means fans at the back of the queue can see over the heads of the ones in front and see the far end of the pitch where the game was already in process. Those fans were practically sucked into the tunnel at which point there was no turning back and the consequences were inevitable. 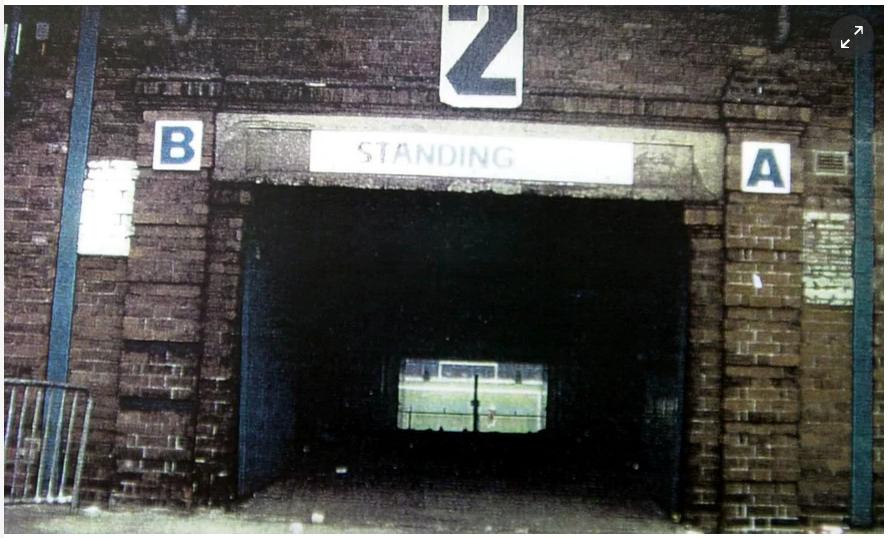 There were no safety escape gates in the fencing. Fans who arrived early to stand at the front stood no chance whatsoever. They had no-where to go.

Which raises the question as to why there were fences at all. Well, I’m sorry, but every last football supporter in the country who has ever been involved with football related violence should feel ashamed today. Yes, those idiots who participated in the thousands of mindlessly violent clips to be found on Youtube (search: football hooligans) bear a responsibility, as do those who glorify it. The ‘firms’, the ‘ultras’, the bone-headed idiots. Without their anarchic behaviour there would have been no fences in the first place and certainly no large-scale disaster.

Imagine if there had been a fence in front of the main stand at Bradford when it caught fire?

Fences were a reaction to a problem. Granted they were ill-thought out, inhumane and downright bloody dangerous. We can only be thankful they are now consigned to history and will never return.

But it doesn’t excuse the lies and the incompetence of those in whom we entrust our safety. It has taken 27 years. Justice of a sort has been achieved. I fear things will now descend into the next phase. The witch hunt.

Ambulance chasing lawyers will already be rubbing their hands, ‘Were you affected by Hillsborough? Then call this number to find out of you are entitled to compensation…’

I’ve never been back to Hillsborough since. Maybe I have a claim. That’s how sick it could get.

It should never have happened and must never happen again. This is the real justice that was achieved in Warrington, so how can I put this?

As futile as the tragic loss of life was those deaths were not in vain. They changed football. Brought it out of the dark ages and saved the lives of many others in the years that followed and for that we should all be grateful. There but for the grace of God go all of us and consequently, we will indeed Never Walk Alone.

Meanwhile there’s a fantastic and thoroughly researched article on the Guardian web site explaining chapter and verse about the disaster and the subsequent enquiry. It’s well worth a read. The images I’ve used here come from that article.

And also this poignant film that reinforces every single thing I’ve written: