Par For The Course – Carping with Allan Parbery 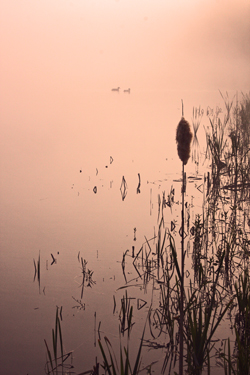 It’s a few years since I did any serious carp fishing but I have to say I do enjoy it, especially if I can get into the right mindset. Most of my recent carping has been short session stuff, mostly stalking or floater fishing so when Allan Parbery, boss of Mistral Baits invited me to join him for a couple of days on a little syndicate water he’s a member of I jumped at the chance.

Allan and I used to share at least one trip a year to France and we’ve fished the Nene as well as various gravel pits so it seemed a great idea to catch up again. Trouble was we both had very different catch patterns. It didn’t seem to matter where we went, he caught early on in the trip and I’d always catch late. In fact I seldom caught a fish in France in the first three days of fishing any water yet we always finished the week on more or less equal terms.

The lake he’d invited me to was an absolute gem. Nicely mature, not too big and not too small. Nestling in a valley it had simple features in the shape of an island, a plateau and reeded margins that shelved off quite rapidly to around 8 or ten feet. Al’s been a member of it for donkeys years, back to when the carp were about 6lb apiece so he’s been privileged to watch them grow on naturally. Only days before my visit a new lake record was landed on the right side of 40lb. What’s more the tench grow to good size and they’re plentiful. 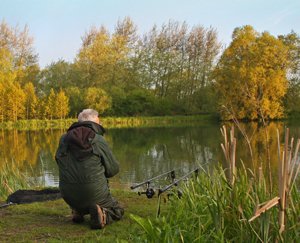 It’s generally a quiet water, mainly because there are only around a dozen members and they tend to just do the odd trip as it suits, “You rarely see anyone, Bob,” Said Allan, “Most just do overnighters and they each have their favourite days in the week.” 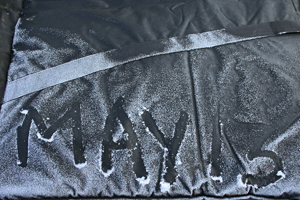 I’m sure he was doing this just to get me chafing at the bit even more. Boy was I up for this trip!

And then the wind changed, blowing from the north, which is straight down the lake. The temperature dipped and things got decidedly chilly. I arrived a good few hours earlier than Allan to find the place deserted. Brilliant! Leaving the gear in my van I took off on a full circuit of the lake. Why I was rushing, I don’t know. No-one else was there or likely to arrive so I really did have the whole place to myself.

I checked every swim, scanning the water for signs of fish. Nothing. No bubbles, no swirls, rolls or anything that would indicate the place even held carp at all. Just to make sure I did a second circuit. 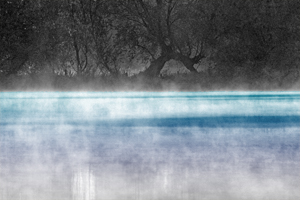 So I put the kettle on, sat with a cuppa in a swim that offered me a full view of the lake and waited. It became clear that tench were active on the plateau and along the nearside margin. Good fish, too. It left me with a bit of a quandary. Did I go all-out for carp or did I make tench my priority on this particular trip. Plus, I was actually choosing a swim for Allan as well as myself because he’d want to fish within a social distance of me, wouldn’t he? 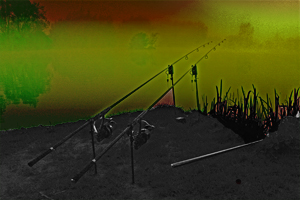 The more I pondered it, the more clear it became that the best possible chance of catching a carp would be to fish the most northerly swim on the east bank because that would put you within casting distance of the island and the long margin which is completely impenetrable from the bank. Carp will follow a warm wind but a Northerly is the kiss of death unless you can fish the sheltered water near the northern bank.

Unfortunately tench are less likely to follow a wind and the swims where they were showing were half way down the lake so after much deliberation I decided to offer Allan the ‘best’ carp swim while I would fish nights for carp and days for tench, maybe just keeping one carp rod out during the day, just in case. As I was only down for two nights that meant I’d probably not catch a carp anyway! 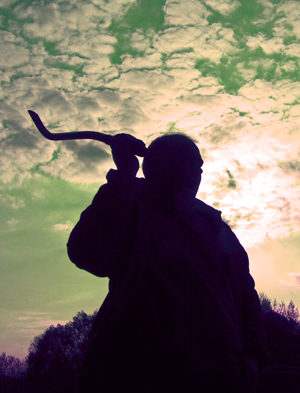 Allan launched a new bait this year called the i40 and he reckoned this was definitely the one to use as the fish in the lake had seen a fair bit of it. The i40 has been a bit of an eye-opening bait that has been producing some phenomenal results. Unlike some companies Allan refuses to pay consultants or field testers, nor will he pander to the, ‘What will you give me if I say this big fish I’ve just caught came out on one of your baits?’ merchants. THEY get short shrift!

Within weeks of supplying his field testers with the new bait it accounted for a UK 50lb mirror and a 45lb common. Tim Wagner had a brace of 30lb commons on his first trip using i40 last year before going on to catch no less than 27 thirty-pound-plus commons before the end of the season. Malcolm Grice also nobbled the ’Fat Lady’ from the notoriously difficult St Ives Lagoon on only his third trip using the bait.

Seemed like a good idea to listen so I turned up with my share of the stuff. Allan describes them as smelling like Spicy Hob Nobs and I can confirm, after eating a few, that they certainly taste nutty in a creamy toffee kind of way. And the purists will be relieved to know they’re available frozen as well as air dried which means no worries about preservatives – not that the fish ever do!

Alas my decision to give tench a higher priority meant my i40’s would remain untroubled throughout my session. It wasn’t to be my turn but that will be remedied next time, I’m sure.

Allan however fared much better. It’s a long chuck down the margins towards the north bank from where he was pitched but it didn’t stop him from setting his traps there. It was way beyond catapult range for baiting up but just within reach of his throwing stick. 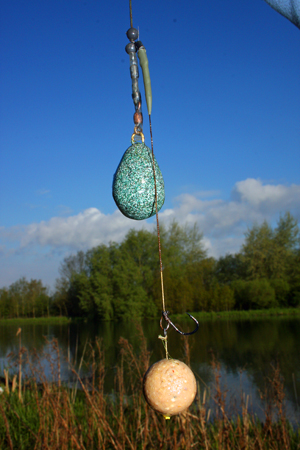 Now I always joke with Allan that he’s a bit of a heathen rig-wise. For as long as I’ve known him I’ve only ever seen him use one rig but maybe that’s because he’s always caught fish on it. That rig is a straight forward no-knot hair on 18 inches or so of nylon clipped off the end of his reel line. ‘It never tangles, it always catches, so why should I change,’ He used to say. And who could disagree with him?

So how come, when I netted his first fish the rig in its mouth was more high tech than something that comes out of Cape Canaveral?

“Oh that,” Said Allan, “Err, it’s something I’ve been using over at Arnold’s place because of the weed.”

“But you can’t see well enough to tie something that intricate!”

“I do ‘em at home and wear glasses.” He explained.

Yes, age is catching up with all of us.

But let’s have a quick look at the key points of Allan’s rig: 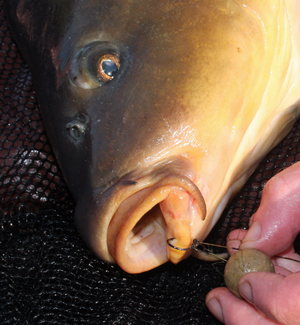 It’s not too complicated a job if you tie it up at home and the result is a simple but effective set-up that is not easy for a fish to eject. If Allan’s converted to it from the bog standard rig he’s been using for 20 years or more then there has to be a good reason and that reason, as always with Allan, is it works. Try it!

The benefit with it is the hook invariably lodges in the lower lip and once in there it rarely comes out again.

The session was without doubt a success. As we stood together on the first evening we saw several carp stick their heads out not too far from where his baits lay and it came as no surprise to be called into netting action later on. Allan had two fish on the first night, a cracking mid-20 mirror and a lump of 33lb. Those two fish came within a short space of time and that was the only time either of our indicators moved during the 48 hour session, but I had my share of tench on maggot so I still went home a happy man. 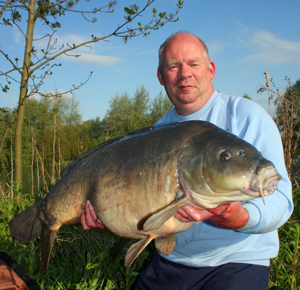 What’s more I can return whenever I like, providing I can clear enough space in my diary and right now that’s proving harder than I ever imagined it would do when I used to work for a living! 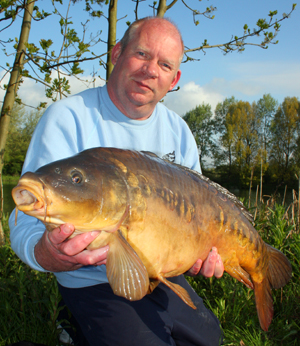