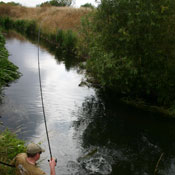 There’s something delightfully indulgent about writing a book in which you are the central character, the glue that holds it all together. It would have been easier not to bother, after all, who on earth would want to read it? And then I got to thinking. I’d like to read it. And if I’d like to read it, maybe one or two friends might like to as well. And if they enjoy it, maybe you might, so I went ahead and did it.

Alas as we get older we forget so much. Life is so rich and varied these days. We live in a world far removed from the one our grandparents knew in their childhood. I blame the sheer bombardment of information that rains down upon us. There can be no escape. Its as though we are fed intravenously by television, films, books, DVDs, magazines, newspapers with their endless supplements, podcasts and the Internet. Lift music was bad enough but supermarket radio stations? Where will it end? Our every waking moment is bombarded with information. When did you last actually stop and hear silence? Is there any wonder we forget things?

So is it possible, with the best will in the world, to write a book about angling that contains the whole truth and nothing but the truth? Anglers are romantics, dreamers and let’s not beat about the bush, are occasionally prone to exaggeration, even if they don’t mean to be. 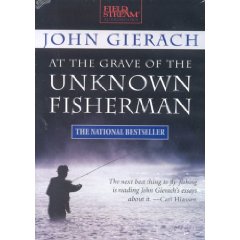 Writing in At The Grave of the Unknown Angler John Gierach asks, “Have you ever started reminiscing with a friend about a fishing trip and found that you remember things differently?”

Even the novelist John Irvine recognised, “A memoir is, by definition, what the author remembers not necessarily what happened.”

We only appear to remember what we choose to remember and our minds play funny tricks with the rest. But it’s good that we can shut out the bad memories, otherwise we’d never go fishing on those bitter cold, dank and miserable days in late January.

So if you come across a story in this book that you remember differently, or I’ve maybe mixed up my facts, perhaps I have, or it might just be that you have. Just don’t judge me too harshly, this is how I remember it and it’s not as if I’ve gone out to deliberately hurt anyone.

I’m at a crossroads in my life right now. My wife died in 2002 and that forced me to take stock. Luckily I’ve met a new partner and couldn’t be happier, proof enough that life does go on despite the setbacks.

In the summer of 2005, after more than 24 years without losing a single day off work through sickness, a health scare has rocked me back. I took ill while shooting a feature with Improve Your Coarse Fishing Magazine on a hot June day, 24 hours later I was in hospital and things weren’t looking too good. My father was rushed into hospital, aged 42, with similar symptoms and died the same day. It was a worrying time for all concerned but we can only play with the cards we’re dealt.

On balance life’s been good to me. I’ve worked hard and saved hard. With a fair wind behind me I’ll take early retirement from the day job in 2007 and still live comfortably.

It’s a massive step to make but it will mean I’ll be young enough in outlook and still fit enough to put more time and effort into my fishing than ever before. No longer can I use the habitual excuse of, ‘I’d like to come but I’m working.’ From here on in fishing will take on an even greater significance in my life – as though it hasn’t been until now! 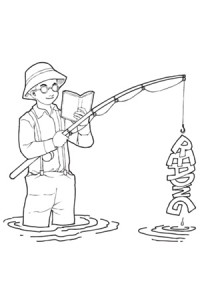 So what better time to chronicle my time in fishing? I’m at the end of a chapter where, like many of you, I’ve had to juggle fishing around a career, raising a family and running a home. I do hope you enjoy it.

Although I’m cast in the leading role, you or someone you know might get a mention or even feature heavily in the supporting cast. If so I trust you will realise they’ve only made it into the final script because I recall the time we shared with fondness.

So with your leave I’m going to wallow in the past for a while, just for old times’ sake. From tomorrow we all go forward to meet new challenges, to fish new waters and meet new friends. What does Keith Arthur call it? ‘The best excuse for loafing in the countryside.’

I have to agree with him, but then I could easily agree with Manfred Mann, too, in the telling line, ‘When I think of all the good times that’s been wasted, having good times’.

Here’s to the past then. As for the future I’m sure there will be a few fish and if I’m very lucky, perhaps there will be enough escapades to fill a second memoir. I’d love to think so.